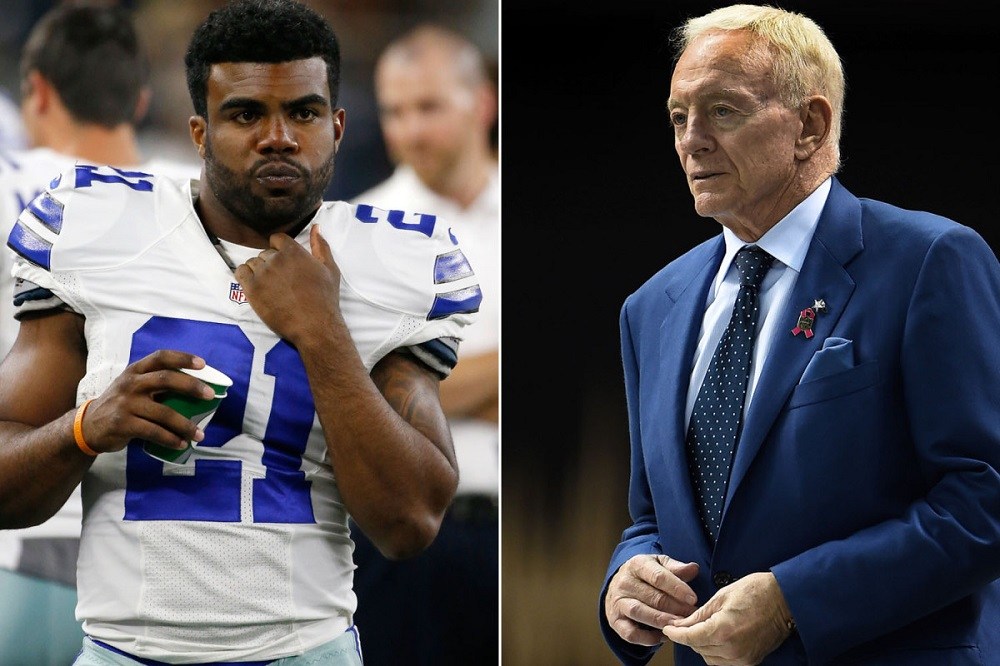 Back in February, police in Florida were called to the apartment of then Ohio State University superstar running back Ezekiel Elliott to investigate a potential domestic violence case. In the 2016 NFL Draft, Elliott was taken fourth overall by the Dallas Cowboys. In July, the same woman reported the same situation to the police, this time in Ohio.

The state of Ohio decided not to press charges, citing insufficient evidence. Of course, Elliott has also denied the allegations; however, the NFL’s investigation persists. What exactly they’re looking for that the police couldn’t find, I’m not sure, but I do applaud the league for taking this matter seriously to avoid the embarrassment of the Ray Rice situation or even the Josh Brown debacle.

Nonetheless, Dallas Cowboys owner Jerry Jones wants the madness surrounding his rising star to end. The billionaire also doesn’t believe anything will come of the investigation.

“People that have a lot more information than I have have given him a total clean bill of health,” said Jones. “I do know that all the real information that anybody has is that he doesn’t have an issue.”

The problem for Jones is that the NFL can suspend someone with a lot less evidence of any kind than the legal system. In fact, commissioner Roger Goodell can keep Elliott out of games for no reason should he feel like it.

“I don’t know that the NFL has a closure, has a situation where they’ve cut it close, which could be a frailty of the system,” continued Jones. “As you know in law, one of the things in the Constitution is that not only are you innocent before proven guilty, you get quick addressing and then you don’t get it drawn out. It has certain time frames and has a lot of economic limitations. So we have to, in my mind, just make sure that we inject that in the type of looking for information that we do in the NFL.”

The other problem with the NFL is that as America’s most popular sport, everyone is watching. Thus, everyone has an opinion. And when it comes to NFL players and domestic violence, especially after the past few seasons, most people want to see the league level heavy punishments on players whether the accusations prove to be true or not. No one wants to see another Ray Rice situation where damning evidence comes to light later and the sport is embarrassed by their initial reaction. Jones understands this as well.

“Law has many, if you will a couple 100 years at least, working on through how you basically create some time frames, create how it’s initiated, create what the circumstances are about. And several which pertain to the NFL and companies, they don’t necessarily have to go by that. We have a different deal though. We’re so public, and our issues are so public that we don’t afford some of the things for some of the players, other people involved in the NFL, that the law does.”

So, with the state of Ohio deeming that there isn’t enough evidence to move forward, the question becomes will Goodell punish one of the hottest upcoming stars in the league on one of the nation’s most popular sports franchises?

Between Ezekiel and quarterback Dak Prescott, the Cowboys have yet to lose since Week One against the New York Giants. Losing their running back for a few weeks could be a devastating blow to the Cowboys as they try to wrap up the competitive NFC East.

Does Goodell have the balls? Either way, people will be pissed.