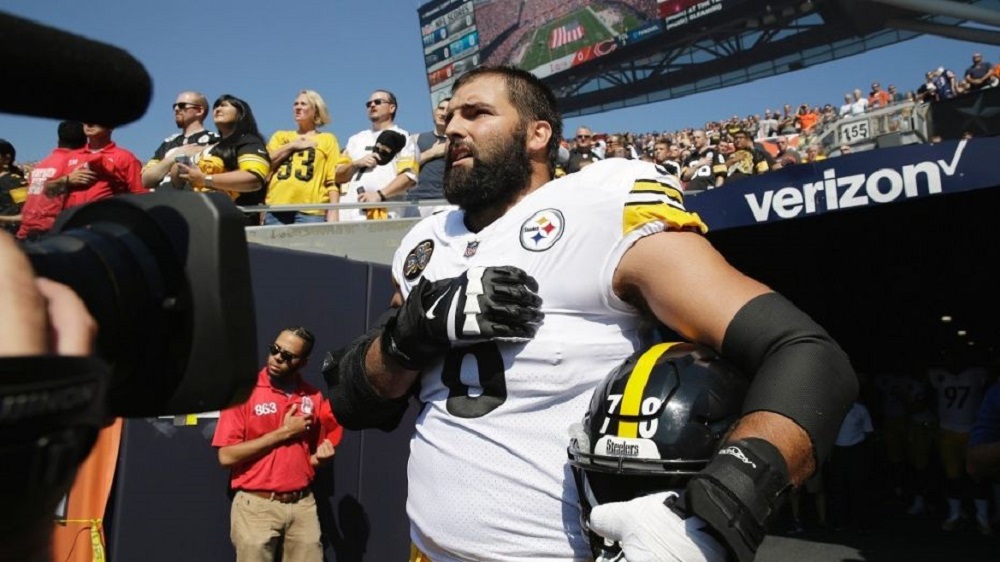 The other crazy thing is that no matter which side you’re on, the NFL loses. People that want the players standing are boycotting the NFL. People that want Colin Kaepernick signed are boycotting the NFL. At this point, I think the NFL would be right to step in and stop the protests. They need to put an end to the whole thing, as it has been blown way out of proportion. Half the country doesn’t even remember what Kaepernick took a knee for in the first place.

Seeing the bleeding that the NFL is going through right now, NBA Commissioner Adam Silver decided to step out in front of things before the season even starts, noting recently in an interview that he hopes all his players will be standing when the anthem is played.

“It’s my hope that our players will continue to use that as a moment of unity,” said Silver. “…Many of our players have spoken out already about their plan to stand for the anthem. And I think they understand how divisive an issue it is in our society right now.”

Oh, and the NBA also has a rule against it. Something that I’m honestly a little surprised the NFL doesn’t.

“It’s been a rule as long as I’ve been involved with the league, and my expectation is that our players will continue to stand for the anthem,” continued Silver. “If that were to happen, we’ll deal with it when it happens.”

Of course, with President Donald Trump getting involved via Twitter, the whole thing became extremely political. When the President sticks his nose into something, that tends to happen, and we’ve sure never had a more divisive president than the current one. It comes down to the First Amendment, how far it extends, to what degree businesses can restrict it, blah, blah, blah.

This issue is actually so divisive that nearly 40 percent of people agree that Trump should take the time to highlight the NFL demonstrations issue. The President has more important issues on his plate. We can all agree on that, right? Nope.

I just want to see some freakin’ football and basketball. I’d really rather not hear anything more of this. Of course, if this continues, that might not be possible anymore. As much as I hate to speculate and say this: the NFL is not too big to fail. If people stop watching the league, then they can’t sell their game rights for $20 million a game to FOX, CBS, Facebook, Twitter, Yahoo! or anyone else willing to pay. They make their money back by charging the advertisers, and if people aren’t watching, then advertisers aren’t going to be willing to pay ridiculous fees to capture 25 percent fewer people.

There’s the Business of Sports 101 for you. And no, I’m not kidding. That’s a real possibility. And it won’t be like Blockbuster or Kodak who failed because they couldn’t keep up with the technology, it’ll just be because they failed to get on top of what should have been a non-issue.

TickPick has reported that NFL ticket sales have dropped over 15 percent heading into Week 4 due to the protests. A ton of local sports bars and hangouts in New Orleans have announced that they will not be showing the New Orleans Saints games moving forward. Additionally, sports apparel shops (and there are a ton of them) in the area have stopped selling jerseys and other memorabilia for the players that took a knee this past weekend, including Adrian Peterson and Cameron Jordan.

And that’s just New Orleans. Denver reacted similarly, cause the franchise to jump on top of the issue and announce that all their players will be standing this week.

I think that’s what needs to happen. Please. Please. I will beg. Please. Let’s get back to football.