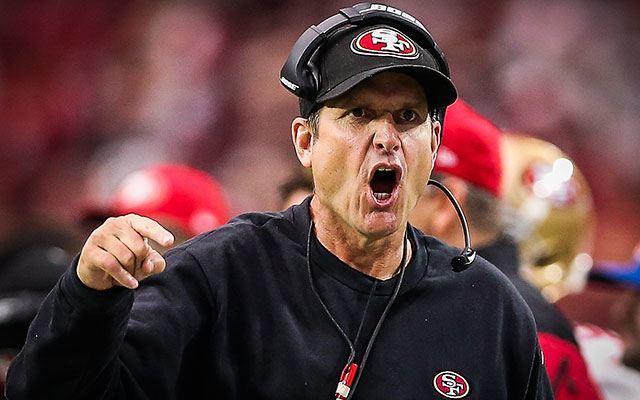 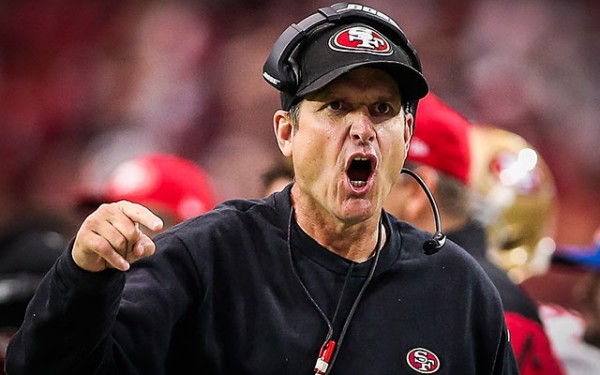 How valuable is a great NFL coach anyway? That is a great question and it is best asked to lowly teams that have not had a great coach in a while. Ask a Falcons fan if they love Mike Smith or if they would rather have any of the string of guys before him who could never even get back to back winning seasons. Ask Cleveland fans if they even know what a great coach might look like. A lot of those fans were not even driving automobiles the last time the Browns had a coach worthy of respect. The San Francisco 49ers have a great coach in Jim Harbaugh. Yet the owner, Jed York, believes it to be wise to wait until after the 2014 seasons to try and sign the head coach to a new contract.

In case you are in doubt of the super intense Harbaugh’s greatness, just take a look at what he has done. He made Stanford a legit power in college football. Those brainiacs were not exactly known for their football abilities before Harbaugh arrived on the scene. Stanford is still feeling the positive effects of having the guy run their program for four years.

What has the head coach done for the Niners since his 2011 arrival? The first year he took the team to 13-3 and a great playoff appearance. The franchise had not sniffed the playoffs since 2002. Had it not been for a couple of crazy fumbled punts, the 49ers would have reached the Super Bowl. That was just Harbaugh’s first season! Who does that? The team was 6-10 before he took over, so the change was a direct result of the leader. To makes sure nobody mistook his first year as a fluke, the coach has led his guys to two more NFC title games to make it three in a row. In other words, Harbaugh has coached three years in the NFL, making the NFC title game 100% of the time! They also made the Super Bowl in 2012 when they faced the Ravens.

Jim Harbaugh is a born winner. The proof is right here for any idiot to see. In case you do not understand, please go back and re-read the previous paragraph. He should not even have to negotiate with York for a new deal. He should send a text message to the team owner and wait for the contract to be faxed to his agent. When Michael Jordan signed his final contract with the Bulls, he told ownership there would be no haggling. He wanted like $33 million a year. He got it of course. MJ deserved the money and so does Harbaugh. It is all about what the coach has already done for the franchise, which was in dismal shape prior to the Michigan Man showing up. If he waits until his contract is up after the 2015 season, who knows what could happen. The team could falter with injuries or just have a bad year or two. Then ownership will have some leverage to low ball him. They will ignore the past success and try to save some dollars.

By letting this contract situation linger until the end of the season, York is rolling the dice on allowing Jim Harbaugh to take his talents elsewhere. It is not super urgent yet, as the coach is under contract for 2015 as well. But the longer he is kept waiting, the more likely it is that other teams will get a shot at the head coach. I don’t care about any petty problems the owner has with his coach / employee. It is up to an NFL owner, whom I would presume is fairly sharp since owners have managed to rack up billions, to get past small differences in order to benefit the franchise as a whole. Unless York wants his team to go the way of Jerry Jones‘ Cowboys, he better get over his drama with Harbaugh and sign the man to whatever deal that is fair to both parties. Who knows how much more success the Cowboys could have had if Jones had ironed out his problems with Jimmy Johnson. Unless Jed York wants to become a punching bag for the media, like Jerry Jones currently is, then he better grow up and put his NFL franchise ahead of his personal feelings for his coach.

I can see Jim Harbaugh getting pissed if this contract hold up lasts past next offseason and simply deciding to seek offers from other teams. At least ten teams are usually looking for a coach at the end of every year, so finding work won’t involve him searching Monster.com. With a resume like Harbaugh’s he would have his choice of maybe up to half the teams in the NFL. A team that was not even that unhappy with their head coach, might consider firing their guy to get a proven winner like what the 49ers currently have in Harbaugh.

It is bad that pro sports come down to money. However, without the dollars, we don’t get all the TV coverage, free fantasy football leagues, and awesome stadiums. Lebron James going back home to Cleveland is a nice story, but it is not like he went to work for the Red Cross. He will still get millions obviously. The 49ers have underpaid Jim Harbaugh as far as I am concerned. He signed the deal, yes. However, do you think they expected him to come in and make the conference title game three straight years? Of course not. If York were being honest, he would say that his head coach has greatly outperformed his contract. York should be honest with himself and realize that he has the chance to keep one of the top five NFL coaches with his team. We will see if pride gets in the way of that. I would like to see Harbaugh get the chance to finish what he has started in San Francisco. He has set the league on fire since he got there. It would be a shame to see his own boss destroy what he has manged to create for that legendary NFL football team.