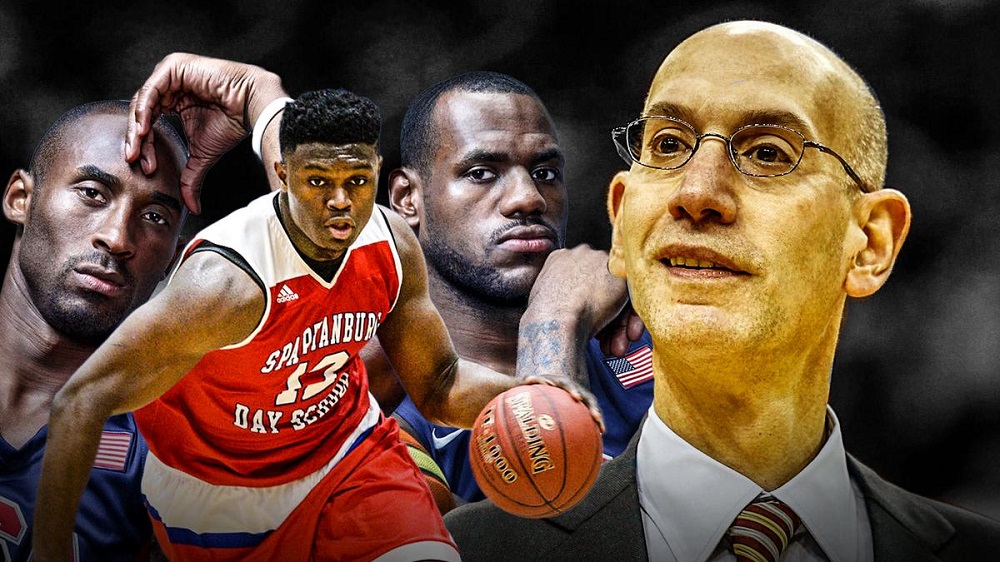 Former NBA commissioner David Stern wanted to remove NBA scouts from high school gyms, and he did so successfully in 2005 by enacting an age limit on players entering the NBA Draft. Now, to join the league, you’ll need to be at least 19 years old or one year removed from your high school class graduation.

13 years and an FBI probe later, the dark side of college basketball has been exposed, and the NBA has been forced to watch it all happen.

As, essentially, the president of basketball worldwide, NBA commissioner Adam Silver now sees it as his mission to fix a broken system—and that might involve removing the NBA Draft age limit and putting scouts back into the high school basketball system.

“We are looking at changing the relationship we have with players before they reach the NBA,” said one league official. “This is a complex challenge, and there’s still a lot of discussion about how it’s going to happen, but we all see the need to step in.”

Of course, things are a lot more complicated than simply opening up the floodgates again. What the NBA would really like to do is further develop the G-League or some other option for players coming out of high school, allowing them the opportunity to be paid a salary of some sort by NBA franchises as they continue to develop and blazer their trail to the NBA.

“We’re spending a lot of time on it,” said Silver during NBA All-Star Weekend in Los Angeles. “I think there is a big opportunity, on a global basis, focus on elite players in terms of better training, better fitness, so that they ultimately can be successful at the highest level. That is something from a league standpoint, together with our teams, we’re putting an enormous amount of energy and resources into.”

The “one-and-done” system in college basketball has been broken for some time. Everyone knew it, but we never had mountains of hard evidence, until recently, of players being paid and other abuses. Now, the NBA sees a clear need for it to step in and do something about it.

“We’ve talked a lot about youth development in terms of whether we should be getting involved in some of these young players even earlier than when they come into college,” said Silver. “And from a league standpoint, on one hand, we think we have a better draft when we’ve had an opportunity to see these young players play an elite level before they come into the NBA. On the other hand, I think the question for the league is, in terms of their ultimate success, are we better off intersecting with them a little bit younger?”

The league has a history of superstars coming right out of high school, including LeBron James and Kobe Bryant; however, they are few and far between. I think as a society we also tend to overlook the importance of a college education for young millionaires. Even if they aren’t taking their own tests, these athletes could use some basic financial sense before receiving their signing bonus.

Of course, the NCAA keeps screwing up, which makes it hard to say that these players need to go through the system. I mean, does a one-and-done in college actually help much? Are they really learning anything from that?

“People have been saying we need to fix the AAU system for a long time,” said one NBA general manager involved in the league’s discussions on the topic. “At least for some of the kids we may end up having on our roster one day, this may be our chance to start that process.”

The way I see it, the NBA has two options: either force players to go all the way through college (or at least through junior year like the NFL) or allow them to come straight out of high school and improve the financial education and other resources available to players.

“We realize that the whole issue of the one-and-done is that we don’t operate in isolation, and where we choose to set with our players’ association, the minimum age has a direct impact on college basketball as well,” said Silver. “We’re not by any means rushing through this. I think this is a case where, actually, outside of the cycle of collective bargaining, we can spend more time on it with the players’ association, talking to the individual players, talking to the executive board and really trying to understand the pros and cons of potentially moving the age limit.”

Honestly, at this point, high school-to-NBA route seems to make the most sense. The NCAA has proven itself incompetent and unable to handle things on its own. Hopefully, the NBA will make an effort to combat financial illiteracy and the number of players going broke after their playing days.