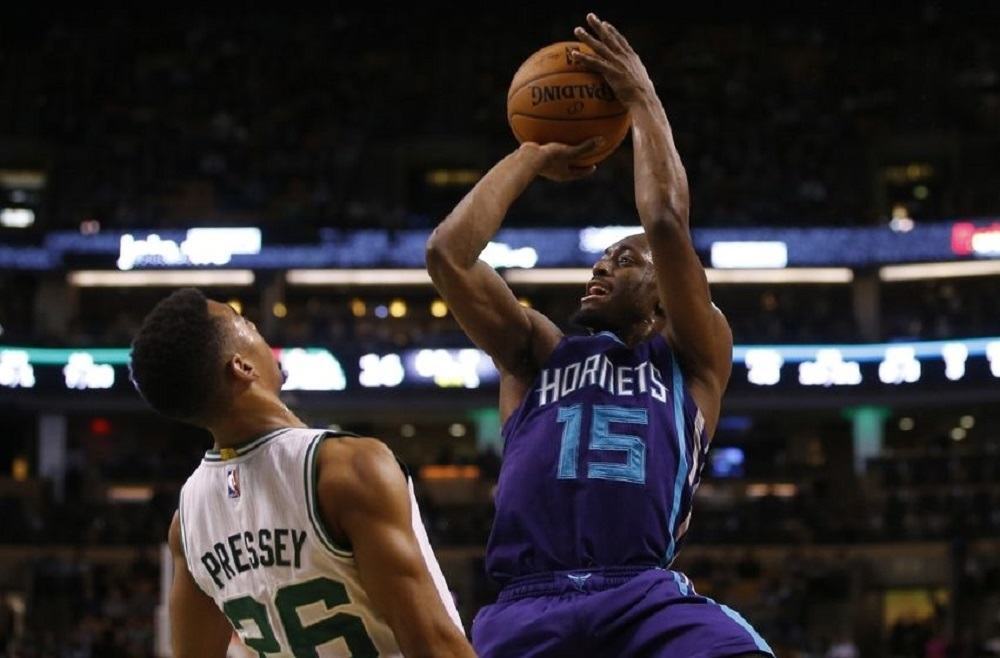 Kemba Walker, ever since joining the NBA in the 2011/12 season, has always been at least a solid player. However, the Charlotte Hornets‘ point guard has really come into his own as of the last couple of months. Playing in a non-media center, Walker hasn’t received a lot of national exposure. However, as he continues to climb up the scoring leaders’ list more and more attention should be going his way.

Walker’s Hornets were victorious on Friday night as they defeated the Indiana Pacers 96-95 in a game from Bankers Life Fieldhouse in Indianapolis. Walker, in about 37 minutes, scored 22 points and dished out 10 assists for the double-double. The stellar performance follows what has been a run of excellent offensive form for the 5th year man out of UCONN.

Walker currently has a season average for scoring of 20.7 points per game. But of note, he ranks second in the Eastern Conference since December 25th when it comes to scoring averages. Since that time, Walker has averaged 23.7 points per game – making him one of the most prolific scorers in his conference.

Looking at the standings, the Hornets have about as good of a chance as anyone to win their division. Things are tight in the Southeast with just 6.5 games separating the first-placed team from the last-placed one. But among those tightly packed teams, the Hornets are the bright light when it comes to recent form.

Charlotte won on Friday night, and they have been winning a lot lately. With losses only at Cleveland and to Miami, Charlotte are 8-2 in their last ten games. During that stretch they posted a win over the Cavaliers in another game, one that was played from Charlotte.

Looking around the league, you do not find much parity within divisions this season. Golden State, San Antonio, Cleveland, and Oklahoma City are cinches for their divisions even with about a couple dozen games to go in each team’s schedule. In the Atlantic, there isn’t a runaway but Toronto have opened up a comfortable lead in the Atlantic. Only the Southeast is competitive with Charlotte barely behind Miami and Atlanta.

Walker promises to make a big difference down the stretch of the regular season. His improved play this year has the Hornets within striking distance of not just a divisional title, but possibly even a three seed in the NBA playoffs. For the latter, it would take a few things to go the Hornets way. But of the teams not called Cleveland, Toronto, or Boston in the Eastern Conference, Charlotte is the only one that is posting wins on a regular basis at this point.

We all know March is a good time to start peaking in the NBA, and we all know that an excellent point guard will make an otherwise mediocre team very dangerous. As such Kemba Walker and the Charlotte Hornets are an interesting team to keep an eye on.