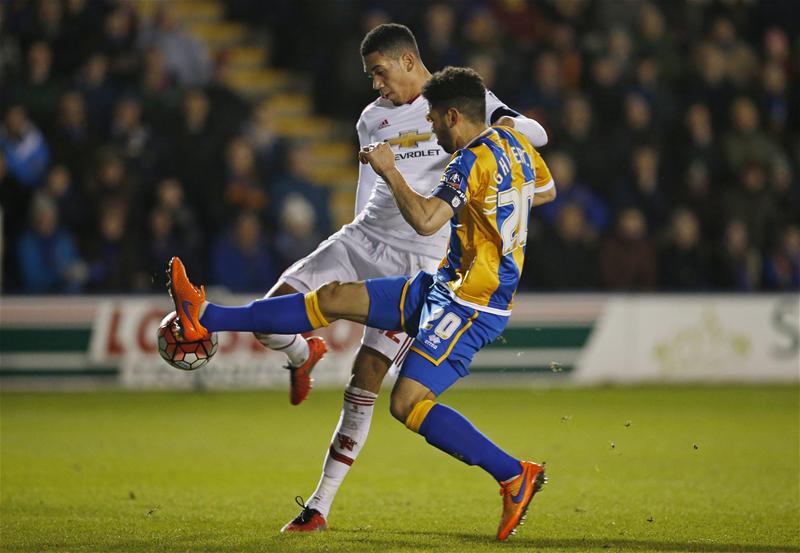 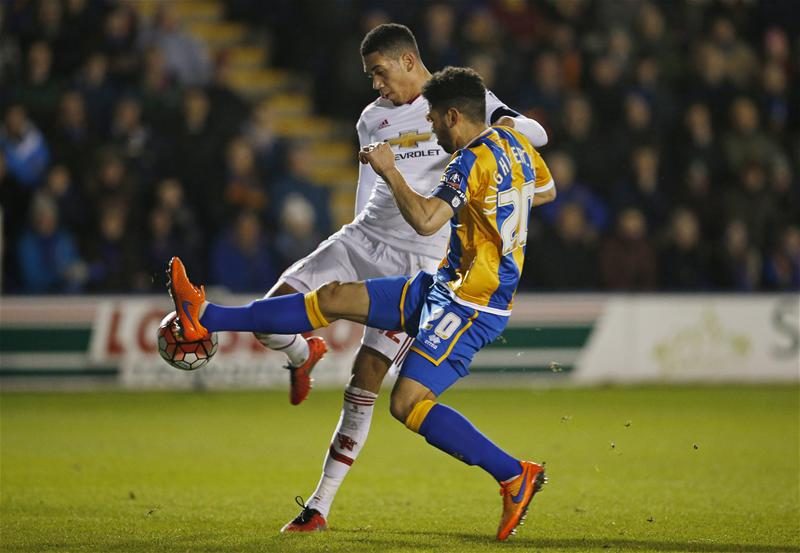 Manchester United invite the title contenders Arsenal for a crunch tie at Old Trafford on Sunday. Ten points separate the two English giants as they sprint towards the finish line.

Louis van Gaal’s United are through to the next round of the FA Cup as they defeated Shrewsbury 3 – 1 on Monday. They also bagged an impressive 5 – 1 victory over FC Midtjylland on Thursday. The Red Devils came back from behind to win the tie 6 – 3 on aggregate. Memphis Depay stepped in for the absence of Anthony Martial and gave one of his best performances in the red jersey. Martial was withdrawn from the team as the Frenchman had a minor problem with his hamstrings. The striker might return to the squad for the crucial clash on Sunday.

Arsenal’s midweek clash in Europe wasn’t as motivating as their opponents at the weekend. Arsenal held the European champions Barcelona in the first half of their match at the Emirates on Tuesday. However, Lionel Messi scored two in the second half, and the Catalans return to Camp Nou with a 2 – 0 lead over the North Londoners. On the previous five occasions in the Champions League, the Gunners have failed to win the first leg of their round of 16 tie.

United lost to Wenger’s men when these two sides met in October last year. The Londoners scored three goals in the opening 20 minutes to win 3 – 0 at the Emirates. Louis van Gaal hasn’t had a great record against Arsenal since taking charge at Old Trafford. Their last home meeting with the Gunners ended in a 1 – 1 stalemate.

With three wins and two draws in their last six fixtures in all competitions, Arsenal have a slightly better form than their opponents on Sunday, who have won three and lost two of their last six matches.

Manchester United have a very good chance of reducing the gap at the top of the table. Manchester City will play Liverpool in the final of the Capital One Cup on February 28 following which they take on Klopp’s men at Anfield for their 27th league game. Arsenal also face their arch-rivals Tottenham at White Hart Lane next week, and they can certainly lose some points. If the Red Devils bag consistent results in the last 12 league games, they can definitely finish among the top four.

Arsene Wenger was impressed by United’s young striker Marcus Rashford, who bagged two goals in his debut for the 20-time English champions.

“I watched him [Rashford] last night and he was quite impressive,” Wenger said.

“Rashford I didn’t know but all the other players I knew. For us, it’s quite simple to prepare. We need to prepare on our side for a strong performance.”

“It’s always a difficult place to go. Even if they had lost [to Midtjylland] I would have said it will be a difficult game,” Wenger added.

“If we win we are in a strong position but still a long way to go.”

Arsenal are currently third in the Premier League, only two points behind Leicester.