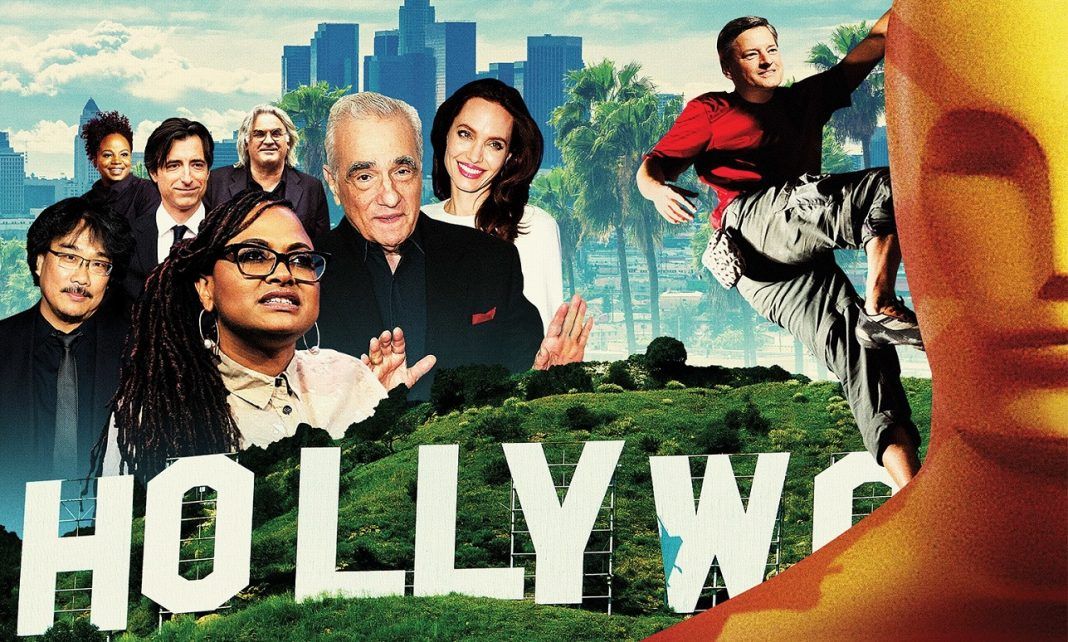 Shortly after Jon M. Chu proudly stated how he refused handing over his “Crazy Rich Asians” to a streaming service, MPAA CEO and chairman Charles Rivkin was touting bringing Netflix into the fold at CinemaCon.

This is huge for Netflix, who will now benefit from access to China. The streaming giant hasn’t been able to enter that lucrative market with its platform. Donald Trump‘s recent on again off again trade war with China has stalled a new set of terms with the MPAA, but they are hoping to find a resolution.

Rivkin stated that Netflix’s addition to the group makes the entertainment industry stronger. “Here is what I know. We are all stronger advocates for creativity and the entertainment business when we are working together…all of us.”

Rivkin’s remarks are a stark contrast to how the streaming giant is usually referenced at CinemaCon, the annual gathering of movie theater owners and distributors, who generally see the streaming service as a threat to their business model.

The MPAA chairman and CEO kicked off CinemaCon Tuesday morning in Las Vegas with his annual state of the industry remarks.

“On behalf of the MPAA and its member companies, I am delighted to welcome Netflix as a partner. All of our members are committed to pushing the film and television industry forward, in both how we tell stories and how we reach audiences. Adding Netflix will allow us to even more effectively advocate for the global community of creative storytellers, and I look forward to seeing what we can all achieve together.”

“At the MPAA, each of our member companies is evolving, too. And thus, how we pursue our mission of promoting and protecting creativity is evolving. Recently, that evolution featured Netflix joining the MPAA, adding to our roster of leading global content creators.”

That growth was helped by an increase in younger and more diverse audiences.

“Joining the Motion Picture Association further exemplifies our commitment to ensuring the vibrancy of these creative industries and the many talented people who work in them all over the world,” said Ted Sarandos, Netflix Chief Content Officer. “We look forward to supporting the association team and their important efforts.”

CinemaCon, which runs through Thursday, comes at crossroads for the film business. Disney, Warner Bros. and Universal will be rolling out their own streaming services in the coming months in hopes of rivaling the success of Netflix and Amazon Studios. “There’s no doubt that home entertainment consumption moves toward streaming more with each passing day. As large media companies look to establish direct relationships with consumers through streaming platforms — and the options in the home grow — competition for directors and stars who want their work seen on the big screen will only intensify,” National Association of Theater Owners CEO-president John Fithian said.

“In this new climate it’s important to ask, how does any given movie stand out among endless choices in the home? Everyone in this room knows the answer to that question: a robust theatrical release provides a level of prestige to a movie that cannot be replicated,” he continued, noting that the global box office hit a record $41.7 billion in 2018, including a best-ever $11.9 billion in North America.

Disney — which has only increased its leverage with the acquisition of the 20th Century Fox film studio — has informed theater owners that it has no intention of breaking windows for its big films. Netflix, however, continues to ignore the window, although there’s speculation that Martin Scorsese wants a more traditional, wide release for his star-studded film The Irishman, due out later this year.

Rivkin and Fithian stressed that theaters and streamers can co-exist and even reinforce each other, citing an Ernst & Young study showing that consumers who are frequent moviegoers also tend to stream content more frequently. “Theatrical and streaming are two completely different experiences that have their time and place,” Fithian said.

During the DVD boom, Hollywood studios made numerous titles directly for the home entertainment market. “We understand that some movies will continue to go straight to the home and skip theatrical. There is nothing revolutionary about that idea,” he said.

Fithian and Rivkin both celebrated the success of the 2018 box office, including a number of titles that furthered diversity both in front of and behind the camera.

“Box office receipts and attendance rebounded in a big way after a lot of doom and gloom talk in 2017,” said Fithian, “confirming yet again the enduring importance of moviegoing in our culture.”

The Academy of Motion Pictures Arts and Sciences received a warning from the Justice Department that attempting to block Netflix from Oscar eligibility could be a form of antitrust. This would be a violation of competition laws.

The DoJ letter comes on the heels of Feb. 24’s 91st Academy Awards, at which Netflix’s Roma was nominated for as many Oscars as any film and won three, including best director. Most top pundits expected Roma to win best picture, as well, an outcome that many industry-observers feared would mark the beginning of the end of the theatrical moviegoing experience as we know it. Netflix, a streaming service that first and foremost aims to please its subscribers, refuses to adhere to the 90-day window of theatrical exclusivity demanded by the major theater owners, opting instead to release films for much shorter periods through independent theater chains.

A best picture Oscar win for a Netflix film, in spite of that controversial position, would have been widely seen as the Hollywood community condoning that, which is why, according to media reports, Steven Spielberg, the legendary director and a current representative of the directors branch on the Academy’s board of governors, was planning to call for the full board to implement, at its April 24 meeting, new rules that would lock out of Oscar competition films released in that manner, effectively knocking Netflix out of the Oscars game. Spielberg has since backed away from that position — and allied himself with a competing streaming service, Apple TV+.

Nevertheless, maybe based on old information, the DOJ is weighing in.

“The [Antitrust] Division writes to draw your attention to its concerns that may arise if the Academy implements certain restrictions in a way that tends to suppress competition,” writes Delrahim. “In the event that the Academy — an association that includes multiple competitors in its membership — without procompetitive justification, such conduct may raise antitrust concerns.”

As the entertainment industry struggles to keep up with technology, you can expect more things like this to crop up. As studios continue being swallowed up as Fox was by Disney, less product will be coming out of Hollywood which only leads to more streaming services stepping in to fill the gap.