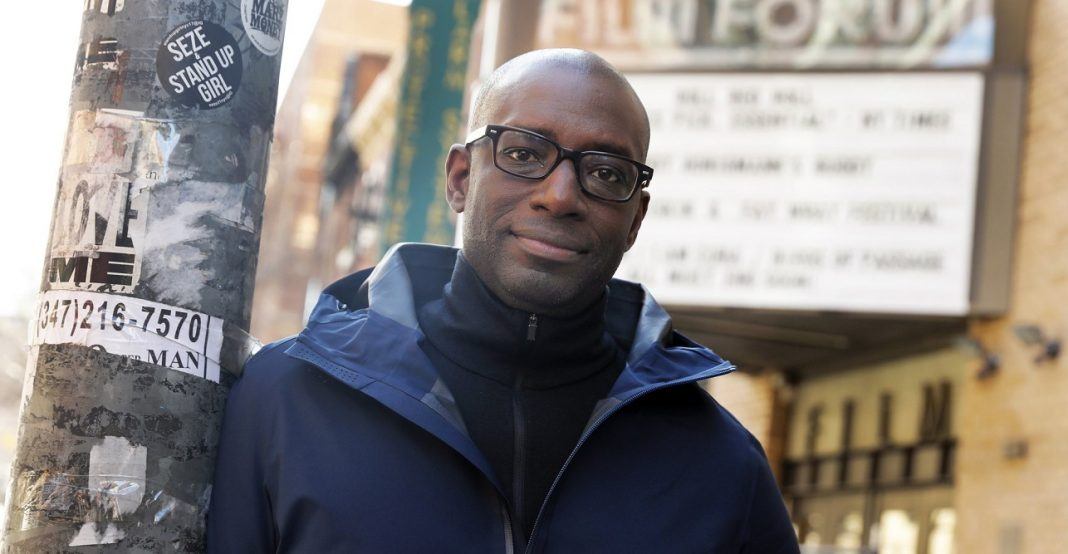 Sinemia announced it was closing shop recently leaving MoviePass a reprieve in the movie ticket service, but co-founder Stacy Spikes is adding pressure with PreShow that lets you watch free movies. There is a catch though; you have to watch ads first.

Stacy Spikes co-founded MoviePass, a subscription service that lets you frequent movie theaters for a set monthly fee. After MoviePass sold off a majority stake in 2017, Spikes watched as the new owners quickly expanded, only to find the cost of all those movie tickets too high to sustain.

Now Spikes has a new idea: free movie tickets for people who first agree to watch ads. His new startup is called PreShow.

Spikes recently talked about the state of movie theaters. Questions and answers have been edited for length and clarity.

Spikes: If you do not evolve with the times, you will wake up and find you’re like a record store or a video (rental) store. To keep cinema at the forefront, we need to be innovating.

You get a free movie ticket after watching at least 15 minutes of video ads on your phone. What’s to stop me from just leaving the ads running on a table?

Spikes: We had to build in facial recognition so that you can tell that the person actually watched. If I look away, it can detect that. It’ll pause if it doesn’t see me for five seconds.

That should really get conspiracy theorists attention.

Spikes: Nothing is recording. It’s a motion detector. There is nothing leaving your device, nothing stored. (All advertisers get) is this many people watched these spots.

How are longer ads better than 30-second spots?

Spikes: You actually get the time to go into a story. It should feel like you’re being entertained versus you’re sitting through painful ads. The more time you spend focused on an activity or brand, the more you’re likely to spend your money.

With MoviePass, you took a loss as you covered the full cost of movie tickets in most cases. Will you also be subsidizing tickets with PreShow?

Spikes: We’re expecting to run this business such that you’re paying your way (through ads) to go to the movies. The way to do that is to let in a few people, and you have certain advertisers to start, and you grow over time.

The investment community wants smarter businesses. There’s not the same tolerance to, “Oh, we’ll figure it out.”

What advice do you have for others starting their own businesses?

Spikes: Do something that you know you love so much, you’re your own kind of expert at it. I’m not going to do this for sporting events or online gaming because I don’t know these worlds. But I know cinema.

There’s another casualty among companies offering movies in theaters for a set monthly fee. It’s doubtful anyone is surprised to hear this news as not many could see how the company could survive with their basic structure. It’s marketing campaign seemed to be “We’re MoviePass, but with a better value.” MoviePass wasn’t able to make that same format work with  3 million subscribers, so what chance did Sinemia have with only ten percent of that?

Sinemia says it’s discontinuing operations in the U.S., just months after it started a movie-a-day plan to fill a void left by the fall of MoviePass. Sinemia representatives had no comment on whether the service would offer refunds to customers, some of whom paid upfront for the year.

Both services were financially unsustainable as they paid theaters full prices for tickets, while charging customers as little as $10 a month. Sinemia’s cheaper plans for one to three movies a month are ending, too.

What remains are subscriptions offered directly by theater chains, as they can still make money from popcorn and candy. AMC started one last June, while Alamo Drafthouse is testing one.

Sinemia has this to state about their closing down the service.

Today, with a heavy heart, we’re announcing that Sinemia is closing its doors and ending operations in the US effective immediately. At Sinemia, we set out on our journey with the vision to help as many moviegoers as possible enjoy an affordable and better experience at the movies by creating a movie ticket subscription service that adds value for both the moviegoers and the movie industry. Since 2014, we’ve been fine-tuning our model and serving movie-goers with a slate of affordable and flexible subscription plans.

We are all witnessing that the future of moviegoing is evolving through movie ticket subscriptions. However, we didn’t see a path to sustainability as an independent movie ticket subscription service in the face of competition from movie theaters as they build their own subscriptions. Thanks to the cost advantage and cross-sell opportunities, movie theaters will be prominent in the movie ticket subscription economy. While we are proud to have created a best in market service, our efforts to cover the cost of unexpected legal proceedings and raise the funds required to continue operations have not been sufficient. The competition in the US market and the core economics of what it costs to deliver Sinemia’s end-to-end experience ultimately lead us to the decision of discontinuing our US operations.

Despite the best efforts of our team, it has been difficult for us as a start-up to continue providing our services to the moviegoers in the US without resources and enough capital to meet increased operations and legal costs. We want to sincerely thank our customers that believed in us and helped us along the way for their love and support. We are so grateful to have had the opportunity to share our dream with you.

The “unexpected legal proceedings” referred to above presumably is an acknowledgement of the class-action lawsuit that was filed against Sinemia last November by angry customers, who contended that the service was falsely advertising the true cost of its subscription plans. According to that lawsuit: “Sinemia lures consumers in by convincing them to purchase a purportedly cheaper movie subscription, and then adds undisclosed fees that make such purchases no bargain at all. Sinemia fleeces consumers with an undisclosed, unexpected, and not-bargained-for processing fee each time a plan subscriber goes to the movies using Sinemia’s service.”

Will having one less competitor out of the game help MoviePass or just give it a little bit of breathing room before gasping into the grave?