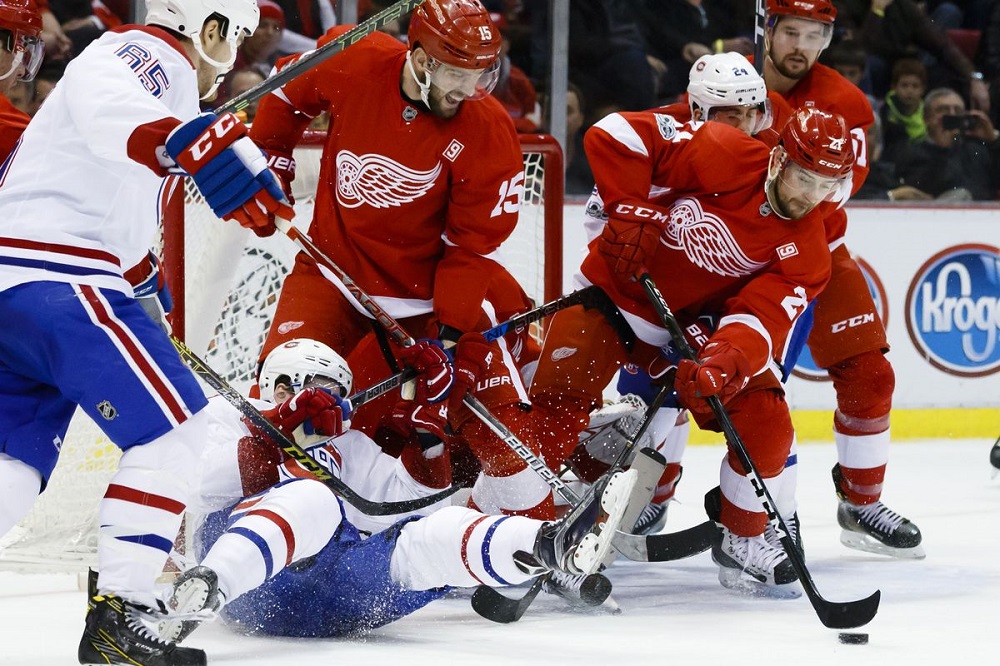 The Montreal Canadiens are into the playoffs as the Atlantic Division champions. Heading into Saturday, they had a meaningless game against the Detroit Red Wings, one that the Habs were actually considered underdogs in by betting odds (source: bet365). However, they won their game 3-2 in overtime in what was the franchise’s final game at Joe Louis Arena. Looking forward, the Habs are entirely focused on the post-season and, where many other teams that are guaranteed a post-season berth have had to jostle for positioning lately, the Canadiens have known for a little while who they will face in the playoffs. It seems that winning their division won’t help them much in terms of getting a good draw as they will face the New York Rangers.

Heading into Sunday, Montreal (final total) and New York have 103 and 100 points in the standings respectively. In short, despite being the top seed in the Atlantic Division and putting up an impressive tally of points this season, the Habs are going to face a team with similar regular-season credentials in the first round of the playoffs. How this situation came about is certainly due to the strength of the Metropolitan Division this year and the format for the NHL’s playoffs.

The top-three teams qualify directly in each division with fourth and fifth-placed teams entering their records into the Wild Card standings. The Rangers’ record won’t hold up against the beasts of the Metro, but it does make them the first Wild Card. As such they will open the playoffs against the weaker division winner, in this case, the Canadiens.

Arguably Montreal would have been better off finishing second in the Atlantic and avoiding New York in the first round of the Stanley Cup playoffs. Finishing second might cost a team home-ice advantage in the second round of the playoffs, but Montreal might have been better with that problem than the first-round coin toss that they have against New York.

The Rangers are a stellar +35 on goal differential this season, better than Montreal’s stat from the same point of view of (+26). While the Habs will have home-ice advantage in the first-round series that ‘advantage’ could be a negligible edge. The Rangers were the best road team in the NHL this season. At 27-12-2 when visiting, New York will finish the regular season with more road wins than Montreal have home wins. That circumstance makes New York a dangerous on-paper team heading into the playoffs, even as what will be a low seed.

If you don’t care about how things look on paper, then don’t ignore the fact that New York are more proven in recent seasons than Montreal on the ice in the post-season. The Rangers aren’t a club loaded with a bunch of playoff newbies. Three years ago New York made the Stanley Cup Finals, and two years ago they were back in the conference finals. They still have a lot of players from those teams, including Henrik Lundqvist, Rick Nash, Marc Staal, and more.

Montreal will definitely have the goaltending advantage heading into the series. Carey Price didn’t exactly have the top-notch season that many were expecting as there are currently stronger candidates for the Vezina Trophy. However, he is 5th in the league when it comes to goals-against average for netminders that made at least 50 appearances. Lundqvist, New York’s goalie, is 35 years old and seemingly fading a bit. He enters this weekend 18th from the goals-against average point of view. If a goaltender puts up a stop sign in the upcoming first-round series, then it would more likely be Price.

Also, Montreal can ground some confidence in the fact that they went 3-0 against the Rangers this season. However, both an Atlantic Division title and a 100+ point season didn’t exactly do wonders for Montreal’s playoff draw. I see the Canadiens as mild favorites for the second round whereas all other division winners will be looking a lot stronger than that.