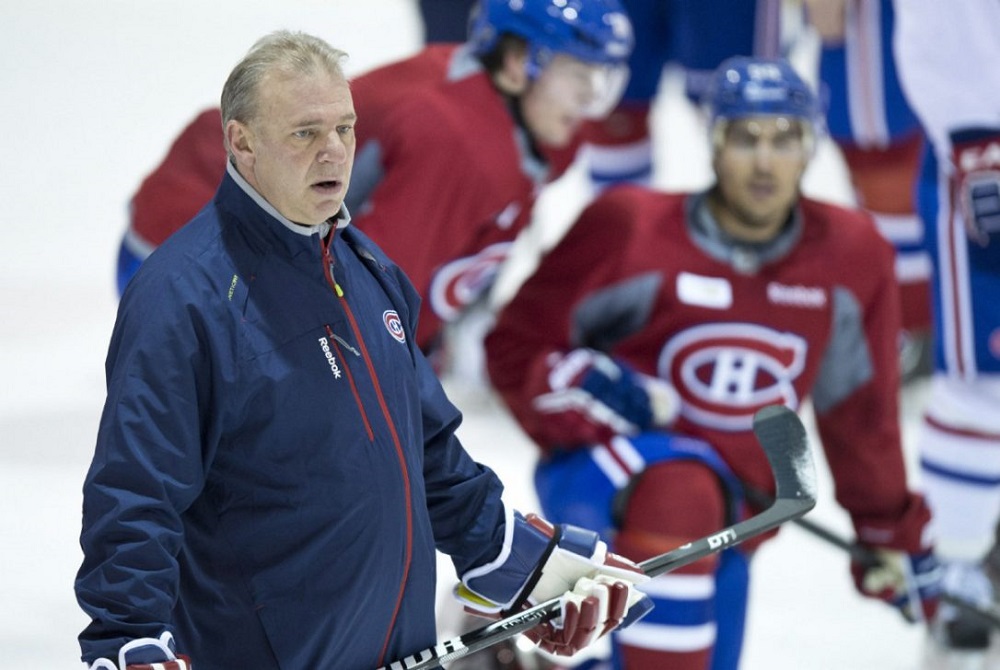 The Montreal Canadiens parted ways with Michel Therrien on Tuesday and hired Claude Julien to replace him (NHL.com/Arpon Basu). The move is a case of history repeating itself: Julien is a former coach in Montreal and the last time he was hired to work behind the bench in Montreal he replaced Therrien as well, something that happened way back in 2003. The coaching change in the Atlantic Division comes at a time where the Canadiens’ lead in the standings seems to be constantly shrinking.

It wasn’t long ago that Montreal held a double-digit lead in the Atlantic Division over their adversaries. However, over their last ten games the Habs have gone just 3-6-1, allowing all of Ottawa, Boston, and Toronto to gain ground in the standings. Heading into Wednesday, the Senators remain just six points back of Montreal. However, Ottawa also have four games at hand. If the Sens are able to take full advantage of their game deficit, then they would actually be division leaders in the Atlantic. That concern and Montreal’s recent slump basically forced the Habs’ management to make some kind of move, and they opted for a common one: firing the head coach.

But Therrien wasn’t the central focal point of all recent discourse regarding the Habs’ woes. Carey Price, the starting goaltender for Montreal, took some heat in the press in January. The pre-season Vezina favorite is currently just 17th in the league in save percentage at .917 and 14th in the league in goals-against average at 2.46. The Montreal Gazette’s Brendan Kelly recently wrote an article titled “What the Puck: What is wrong with Carey Price?” (January 20th, 2017). “The Canadiens’…goalie,” Kelly wrote, “simply hasn’t been himself for the past six weeks and it’s right there to see in his stats. He has had four or more goals scored against him in four of his last five games and in one of those games…he let in seven.”

The firing of Therrien marks the third termination of his career at the NHL level. Besides the 2003 firing that saw Julien replace him originally, Therrien was fired from coaching the 2008/09 Pittsburgh Penguins. It certainly was NOT a feather in his cap that he had coached the Penguins to a mediocre 27-25-5 record before being fired while afterwards the Pens would go on to win the Stanley Cup under Dan Bylsma.

As for future prospects for Therrien, he has a 375-284 regulation record to hang his hat on. Furthermore, there was success in Montreal in the earlier parts of his recently-terminated tenure. Therrien got the Habs to the 2014 Eastern Conference finals, and he had won two Atlantic Division titles in the last four seasons.

But right now the Canadiens’ fans will be looking at Julien, and I think the proper perspective is to take a big-picture outlook with him. You could zero in on the fact that he just got fired in Boston and that his teams missed the playoffs the last two seasons. However, he survived a long time as the Bruins’ bench boss, he won a Stanley Cup in 2011, he was back in the finals in 2013, and there are plenty of first-placed divisional finishes scattered across his lengthy tenure with the Bruins.

If Montreal doesn’t respond well to the bench-brain change, then they certainly could be in a whole heap of trouble. With about a quarter of the season left, it presently looks like four teams are challenging for three spots in the Atlantic Division’s playoff lifeboat. I think Montreal management made the right move with their change and it will be interesting to see what they do ahead of the March 1st trade deadline.

“As a player, especially as the captain, you feel guilty,” Max Pacioretty said regarding Therrien getting axed. “Ultimately, if we had performed better, especially as of late, then you don’t force management to have to make a decision like this. We definitely have been underperforming as of late, but I feel it’s on the players. We’ve seen around the League this tends to be the result when teams don’t step up and perform. I have nothing but great things to say about Michel, and that’s what makes this pretty tough for me” (qtd. by SportsNet).