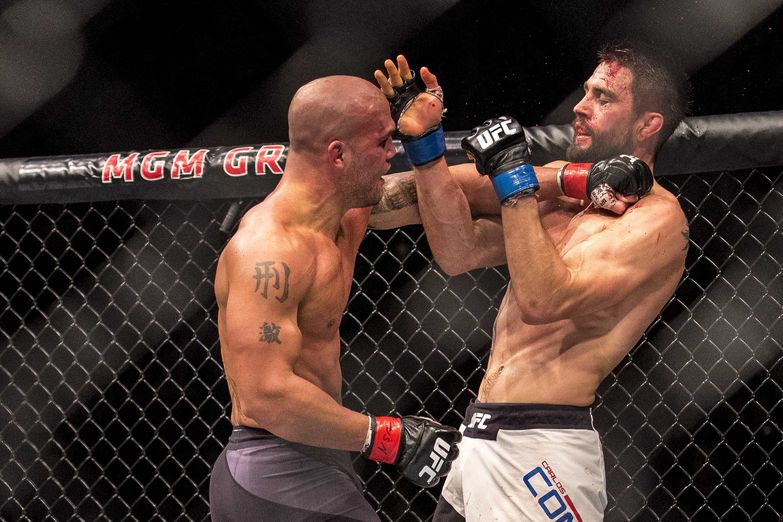 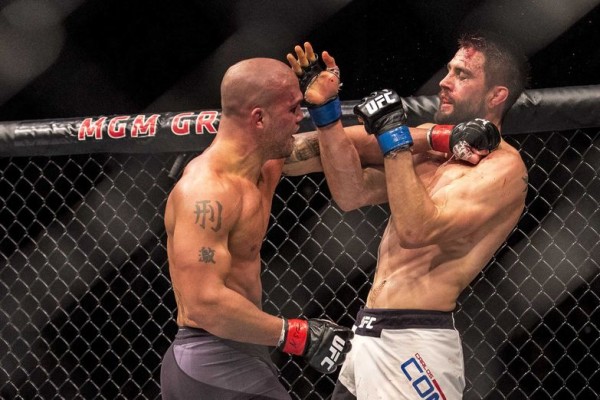 This week in MMA featured a ton of interesting fights, as Rizin’s inaugural events and UFC 195 went down. Additionally, there were some notable announcements made—most of which were positive.

UFC 195 was an excellent way to start the year.

Robbie Lawler and Carlos Condit entertained everyone in one of the most memorable welterweight title fights of all-time (although perhaps not better than MacDonald versus Lawler—that’s a tough one!), and when it was all said and done, Lawler retained his belt via split decision.

The back-and-forth action saw both men have some serious success, and although the scorecards were controversial, it’s important to remember and appreciate just how awesome the fight was (and most fans are doing so). Moreover, it was a very close contest, although many won’t admit it (seeing it as a clear-cut victory for Condit, more than likely). The best way to remedy the situation was offered by Lawler himself: book the rematch.

The fans will benefit from Condit-Lawler 2, and so will the welterweight division, as Lawler has now defeated four of the current top-ten welterweights in the promotion. For as skilled and professional as Tyron Woodley is, he cannot receive a title shot off of the Hendricks weigh-in mishap; he and Demian Maia should fight for the number-one contender spot.

Prospective contests aside, the rest of the card delivered as well. Stipe Miocic defeated Andrei Arlovski via TKO in under a minute—essentially guaranteeing his shot at the heavyweight title in 2018 (seriously, though, he should most certainly get the next shot at the belt, and Dana White himself has indicated that this will happen—should Overeem be re-signed by the UFC, a rematch against Travis Browne would make some sense, and would also be a very marketable fight, in place of a contest against Miocic as many are calling for).

Also on the main card, Albert Tumenov defeated Lorenz Larkin via split decision, a judges’ verdict which stirred some controversy amongst fans and media members. Black House product Brian Ortega had an impressive come-from-behind triumph over TUF-winner Diego Brandao in the form of a third-round triangle choke, in what was a fun fight. Finally, the main card kicked off with Abel Trujillo submitting Tony Sims—a win which did well to demonstrate the power of “Killa” on the ground, which fans hadn’t really seen inside the Octagon (or outside of it, for that matter).

All in all, UFC 195 was a very good event that delivered a ton of action for fans to enjoy. Hopefully, this trend continues throughout all of 2016!

Rizin’s events took place without difficulty (tournament injuries, controversy, etc.), and delivered some interesting contests along the way. There weren’t any real surprises to the action—Fedor demolished Jaideep Singh in just over three minutes, King Mo won the heavyweight tournament, Brennan Ward came out ahead over Ken Hasegawa (in a competitive contest), and Gabi Garcia won her professional debut (albeit after encountering some adversity), during the second event.

All in all, the fights were certainly worth watching (for free, no less), despite the tape delay. Still on the minds of many fans, however, is the question of whether or not the promotion will hold regular and frequent shows—or even any additional shows in the future. The answer to this question is unclear, and will probably have to be determined after the final gate numbers and Spike viewers are reviewed.

Nevertheless, Fedor is scheduled to compete again in April—against an opponent who, like Singh, has yet to be named. There will likely be an influx of fans that tune in for a fight that Fedor isn’t essentially guaranteed to win; a step-up in competition is important, especially at this point.

Back on track, though, the Rizin events were largely enjoyable to watch—especially because the Spike broadcast kept the pace of the fights moving.

Gegard Mousasi will now meet Thales Leites in the co-main event of UFN 83 on February 27th. A better, relatively late replacement would have been hard to find, as Leites is a skilled and dangerous competitor for any fighter. For as interesting as this fight is, the week’s news wasn’t all good for London fans.

Just announced last week, Jimi Manuwa versus Nikita Krylov has now been removed from the event. Manuwa suffered an injury, and for undisclosed reasons, a replacement for Krylov is not being sought (perhaps this has something to do with the above-average main and co-main events of the card). Whatever the case, this is a deceivingly large blow to the event, as the contest had “Fight of the Night” written all over it.

UFC fans in Pittsburg were certainly happy with the week’s announcements.

In traditional Donald Cerrone fashion, the always-competing athlete will move up to welterweight to battle Tim Means in the main event. Needless to say, this should be an exciting contest; moreover, it feels good to have the Cowboy that fans know and love back—the Cowboy who is able to compete when he wants, against who he wants, without having to wait for a title shot (while it’s true that his time on the shelf for the dos Anjos fight was only about a half of a year, it felt like much longer than that).

Also announced for the event was Bryan Barberena versus Jonavin Webb. Barberena is a skilled and exciting MMA Lab product, who is also moving up to welterweight for this fight. Webb’s last outing was his promotional debut, in which he recorded the first professional loss of his career—a split-decision to Kyle Noke.

The UFC trimmed its roster in relatively controversial fashion this week, as eight fighters were cut:

Several of these cuts were surprising, to say the least. Kevin Souza came up short in his last outing against Chas Skelly but recorded three prior wins—two of which nabbed him a “Performance of the Night” bonus.

Fabio Maldonado has competed against the who’s who of the UFC for several years, and although he’s lost his last two fights, they were contested against very elite competition.

These facts lead to the real problem with these cuts, as well as many others made this year: they fail to account for the diversity of skills in competitors, and the additional difficulty that more skilled opponents present.

For instance, Chico Camus lost his last two fights against Kyoji Horiguchi and Henry Cejudo (both top-ten opponents, the latter of which appears to be next in line for a shot at the belt). Similarly, Maldonaldo lost his last two against high-level competitors—Rampage Jackson and Corey Anderson. It’s ridiculous that two losses against the elite of the promotion are considered to be equivalent to two losses to athletes who honestly aren’t at the “UFC” level. What incentive do UFC fighters have to compete against the elite of the promotion?

And yes, their quest for the belt presents a valid point, in some cases. But it’s been clear for some time that Fabio Maldonado won’t be competing for the belt. And in all likelihood, neither would Chico Camus. Both men can and have bested some of the lower and mid-level fighters of their division, but in doing so, have inadvertently propelled themselves to the “upper-echelon” of the promotion. And once there, it’s almost impossible to leave.

Chico Camus couldn’t have fought a promotional newcomer, in the UFC’s eyes, although he likely would have won. The same can be said for Fabio Maldonado—and another great example of this same phenomenon is Josh Koscheck.

After his latest five losses, many were calling for the “washed up” athlete to hang up his gloves. True, at thirty-seven years of age, this may have been something worth considering. But also worth considering is the level of competition that these losses came against:

Maybe it’s because he fought for the title, and maybe it’s because the UFC brass “regarded him” as one of the best in the division. Whatever the case, had Koscheck—and Fabio Maldonado and Chico Camus and a great deal of other fighters—been able to fight against the athletes that everybody knows they would likely beat (and objectively speaking, there are a ton of them in the UFC—those who largely fill cards, in honesty), they may very well still be signed with the promotion.

The point may have taken a bit long to make, but it is certainly important. It’s time that the UFC stop pretending that losses against some of the best in the world carry the same weight as losses against regional-level fighters. Moreover, it’s time to allow fighters who once competed at a high level, but are no longer able to do so—while still being better than many of their division’s fighters—face the low and mid-level competition that the promotion has to offer.

Otherwise, it’s counterproductive for skilled fighters who aren’t skilled enough to hold the belt (this includes the vast majority of athletes) to compete against the better fighters in the promotion.

Although this week was a very enjoyable one for MMA fans, there will be a bit of a break in the action of the main promotions. The UFC will hold its next show on Sunday, January 17th as T.J. Dillashaw puts his belt on the line against Dominick Cruz (a ton of other interesting fights are also scheduled) live and free on Fox Sports 1.

But after that, the action should flow consistently as the first third of the year features a solid schedule of action from the UFC, Bellator, and WSOF; many weekends are double-booked with both UFC and Bellator cards, as well.

Here’s to a great 2016—in MMA and otherwise. Enjoy the fights!