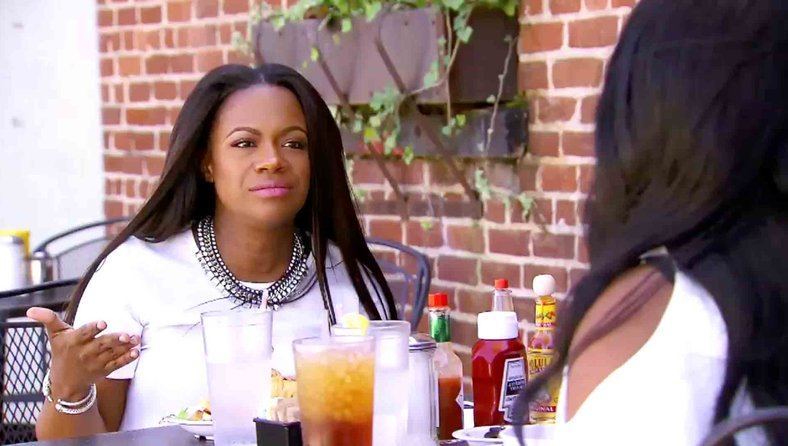 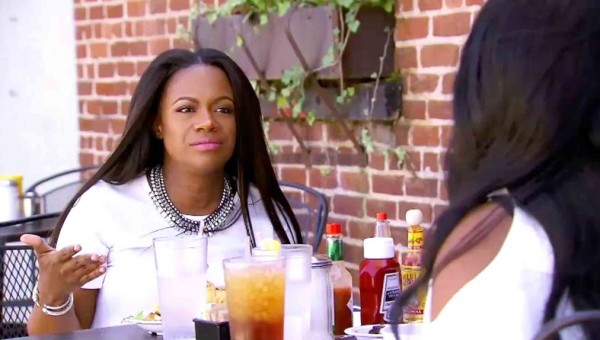 This week on the “Real Housewives of Atlanta,” it’s all about sorting things out and for the most part, everyone does.

On the heels of Kandi’s video screening party, Shamea, in an attempt to address the gossip she, Phaedra Parks and Porsha Stewart were accused of saying about Todd, pays a visit to Kandi’s office. Carmon and DonJuan are there, and he doesn’t let Shamea pretend that things didn’t go down the way he says they did. She tries to reason with him and tell Kandi what her side of happened but all it seems to do is upset Kandi more. She tells her it’s fine because the next time she sees Porsha, she is going to have a conversation with her.

Todd and Phaedra finally have their meeting, and it goes well. Although, she throws all kinds of shade Todd’s way during her confessional including mentioning how all his L.A. shows have “dried up” as well as his weekly allowance from Kandi. Todd stays very professional and even have the documents to support his case. While they agree on moving forward for an amicable solution, Phaedra still seems to have plans that Todd doesn’t know exist.

Kenya Moore gets a visit from her dad with whom she has an “on again off again relationship.” Apparently, after attending a seminar taught by Dr. Umar Johnson, a very prominent black activist, she decides that it’s time to have a conversation with her dad in an attempt to have better relationships. She also wants him to help her with Moore Manor. They have a heart to heart and after three decades, Kenya learns how much her running away at the age of 12 hurt her father. There is some healing that takes place. The next thing she feels she should do is to take a trip to Detroit to reconcile things with her mother because until she fixes her family relationships, Kenya can’t ever really have a good romantic relationship.

Kandi and Todd have lunch with Cynthia and Peter. Kandi shares with them about the incident that happened with DonJuan and Porsha and, of course, Cynthia thinks it’s a load of crap. Todd also tells them about his meeting with Phaedra. The conversation then switches to Kandi and Todd wanting to start a family restaurant, which Cynthia doesn’t think is a good idea right now because of the baby and honestly, her experiences doesn’t give her the best feelings about the restaurant business. She and Peter go back and forth about it because, despite their situation, Peter thinks it’s a sound investment.

Porsha prepares for the Emmy red carpet in Los Angeles. She attends the award ceremony on behalf of Dish Nation as their correspondent. But, while getting ready, she acts like a total ass and brat toward her sister, who tells her that she is not going because of her pregnancy. Lauren’s not wanting to be on her feet is understandable, but all Porsha cares about is who will fill in for her when she has the baby and how long she will be on maternity leave.

Cynthia, to further promote her eyewear line, has an appreciate event. Everyone attends including Kim Fields who tells Kandi that she and her husband have had some Kandi Koated nights. That’s all we see of her really. The big story here is that Porsha pulls Kandi to the side to speak to her about what happened at her video screening but she can’t because DonJuan and Carmon (who was not even there) follow her. Now, I get that he wants to protect Kandi, and he has her back, but he is doing too much and acting like a catty, petty female with it. Porsha is pissed because she tells Kandi that she doesn’t want to have the conversation in front of he friends. Kandi tells her that they don’t have to have it at all. Porsha walks out with Shamea but for whatever reason, Carmon feels like she should go “check” on them to see what they are talking about. For the record, it’s none of her damn business, and she’s just going off of what always-ready-to-go-there DonJuan has to say. Porsha has enough and walks away.

In the end, Porsha and Kandi have a conversation at a later time over lunch. It gets heated with Kandi telling Porsha, essentially, that it’s none of her business, Phaedra is lying, just wants sympathy and knows how to manipulation the situation. They end on a calm note, but the tension is still palpable.

Next week, Kenya takes the plunge, flies to Detroit and knocks on her mother’s door.