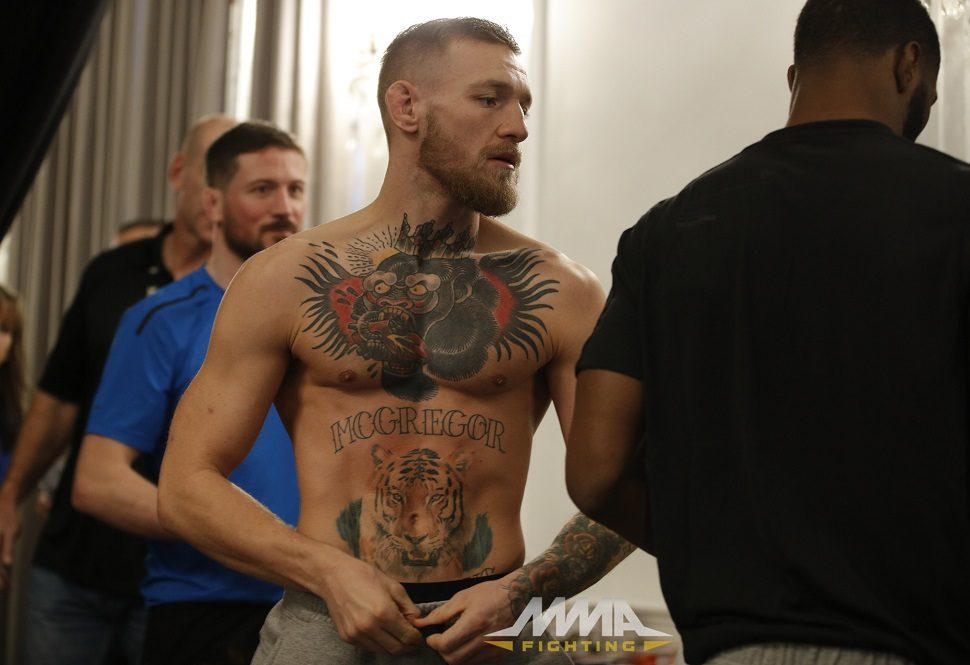 Thanksgiving week was home to solid fights from UFC Melbourne, but as a whole, the seven-day period presented fans with more to lament than be thankful for as Daniel Cormier, Patricky Pitbull, and Aljamain Sterling suffered injuries and were forced to withdraw from their upcoming matches. Additionally, former UFC light heavyweight champion Rashad Evans was pulled from a fight opposite Tim Kennedy once again, this time by the Ontario Athletic Commission.

Let’s recap all this week’s MMA news—positive and negative! 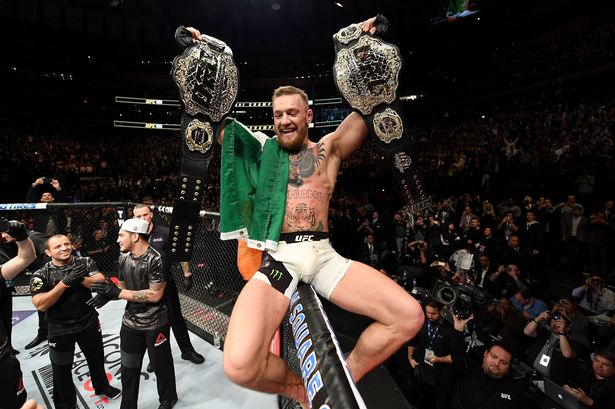 It may not have featured an abundance of high-profile stars, but UFC Fight Night 101 from Melbourne, Australia was a pretty good overall card, between its fights and announcements.

Additionally, suggested UFC 206 competitor Tim Kennedy will now clash with TUF winner Kelvin Gastelum at the event, in a middleweight contest. Kennedy was initially linked to a fight with Rashad Evans at UFC 205 and UFC 206, but following Evans’s denial of a license by athletic commissions, Gastelum—who is technically under suspension by the NYSAC for failing to weigh-in—was tapped to fill his place.

This ridiculous judging was on full display in the first main-card matchup of the evening, as See Ho Ham took on Danielle Taylor in the strawweight division. For fifteen minutes, Ham walked down Taylor and landed some nice shots in the process, but as the clock wore on, Danielle found her timing and began connecting with increasingly powerful blows. Round two was close, and round three may have been won by Taylor.

However, in the opening round, Ham tagged Taylor with a series of stiff punches while walking her down and generally imposing her will. The two judges that ultimately scored the fight for Taylor awarded her the victory by a count of 30-27—or all three rounds!

Taylor-Ham was a fairly entertaining fight, but once again, it illustrated the need for more competent and aware judges in MMA events outside North America, Europe, and parts of Asia (where the sport is popular). Because Taylor-Ham wasn’t a high-profile match (and wasn’t placed on a high-profile card), its judging isn’t receiving the attention it deserves, but make no mistake about it: this was scoring at its worst.

After that, Tyson Pedro won big in his UFC debut by defeating TUF 23 veteran Khalil Rountree via first-round rear-naked choke. The triumph didn’t come without adversity for the undefeated Aussie, as he was cracked by a vicious strike in the early going that abruptly dropped him to the canvas. Pedro turned the disadvantage into an opportunity to grapple as his opponent waded inward, and once on the mat following a takedown, he overwhelmed Khalil until the choke presented itself.

Following Pedro-Rountree, Alexander Volkanovski used his devastating ground and pound to defeat Yusuke Kasuya via second-round TKO. Kasuya had his moments in the bout, but ultimately, the thunderous top game of Volkanovski was too much; he threw every single punch with bad intentions, and Yusuke’s toughness should be complemented, as he held out for quite a while.

Next, Omari Akhmedov defeated longtime competitor and all-around skillful fighter Kyle Noke via unanimous decision. Akhmedov used his punches from striking range well, but the big difference here was his takedown and top control, which he used to seal rounds one and two in his favor.

After the bout, Kyle Noke announced his retirement. A veteran of over thirty fights, Noke has competed in the UFC twelve times, and in the process, he’s defeated the likes of Chris Camozzi, Charlie Brenneman, and Peter Sobotta. Good luck to Noke in whatever professional path he takes next—hopefully something in coaching!

In the co-main event, Andrew Holbrook upset a huge betting favorite in Jake Matthews, winning via split decision. The back-and-forth bout saw its pace dominated by Holbrook in both striking and grappling exchanges, and this aggression and tenacity rendered Matthews unable to find much success of his own.

Then, in the main event, fans watching around the world were treated to one of the year’s best rounds, as Derek Brunson and Robert Whittaker went to war. The powerful Jackson-Wink product Brunson hurt the New Zealand native early but was unable to find the finish or the takedown as his opponent continually circled outward.

Then, Brunson was proved to be overaggressive when Robert timed a right hand to viciously clip him on the chin; Derek had literally been running towards his opponent for some time at this point. Whittaker refused to let his foot off the gas and connected with another series of devastating shots, before finding a home for an incredible head kick. Follow-up punches were necessary to force the referee’s intervention, as Derek Brunson is as tough as they come, but the end result was still an action-packed first round win for Whittaker, who is very close to cracking the top five. 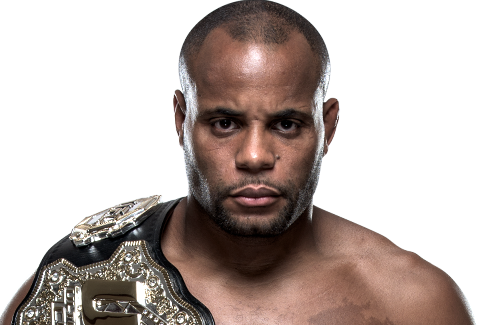 The AKA injury bug has struck again.

It was announced this week that UFC light heavyweight champion Daniel Cormier was forced to withdraw from his scheduled UFC 206 title defense and rematch against Anthony Johnson after sustaining an injury in training. At the time of writing, no additional details surrounding this injury—including its severity and expected healing period—are available.

In addition to bumming many MMA fans out, DC’s withdrawal has renewed interest in the potentially injury-prone training practices of the American Kickboxing Academy. While the gym is undoubtedly one of the best in MMA, there’s no denying that it features an abnormally high injury rate amongst its athletes. Consider that:

—Daniel Cormier pulled out of UFC 197 in April of this year due to injury, in addition to UFC 206.

—Lightweight contender Khabib Nurmagomedov withdrew from scheduled fights at UFC 178, UFC 187, and The Ultimate Fighter 22 Finale due to injuries; he fought once in 2014, zero times in 2015, and twice in 2016.

—Former UFC middleweight champion Luke Rockhold was forced to withdraw from UFC Fight Night 101 due to a knee injury, and publicly admitted he sustained an injury while training prior to UFC 199.

—Former UFC heavyweight champion Cain Velasquez suffered injuries before UFC 180 and UFC Fight Night 82, and was forced to withdraw from both shows; this is in addition to several injuries sustained during fights.

Training hard is a must in MMA’s highest levels, of course, but there comes a point when grueling practices are too much; that point is when they directly impact one’s ability to get paid as a professional mixed martial artist during the limited career window of opportunity available.

Hopefully, the necessary adjustments will be made at AKA, so that fans can see some of the sport’s most elite athletes compete regularly. Because training sessions that mold fighters into formidable martial artists don’t matter if these fighters never make it to the cage. 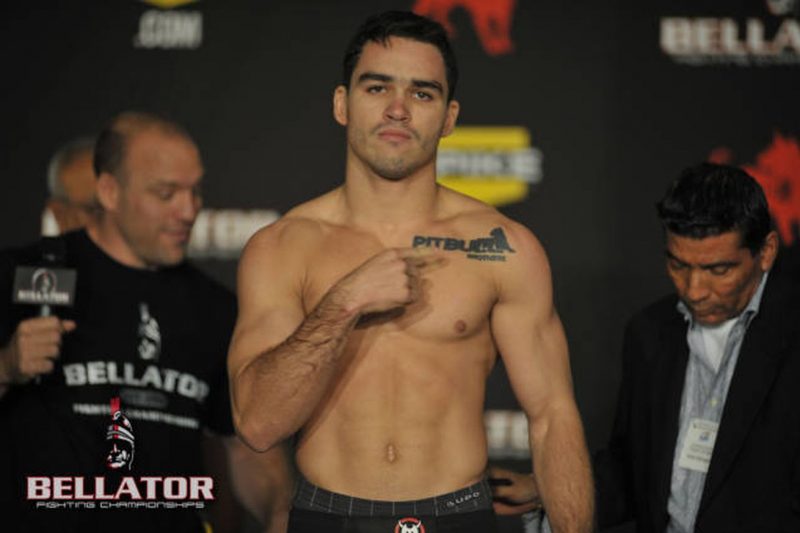 The injury bug wasn’t limited to AKA or the UFC this week, however, as former Bellator lightweight title challenger Patricky Pitbull Freire was forced to withdraw from his scheduled Bellator 167 main event against Derek Campos due to injury.

This news sucks, as Pitbull is one of the promotion’s most thrilling fighters, Derek Campos is a highly underrated competitor, and they would have undoubtedly entertained fans all around the world in their main event.

Aljamain Sterling won’t be able to compete in front of his hometown New York crowd at UFC Fight Night 102; it was revealed this week, as he too has suffered an injury.

The skilled bantamweight was originally scheduled to battle Raphael Assunção in what was one of UFC Albany’s most intriguing fights. Now, fans won’t be able to watch him enter the Octagon until next year.

Here’s to hoping Sterling—and this week’s other injured fighters—get healed up and back to action ASAP. 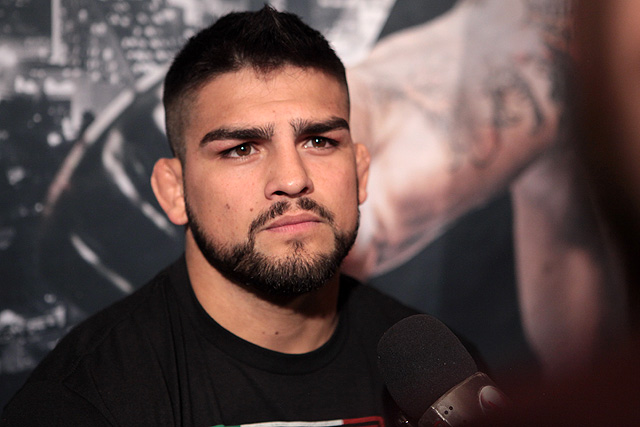 First, the young contender—who has a history of issues making weight—revealed he wouldn’t be able to crack the 170 lbs. limit for his UFC 205 match against Donald Cerrone. Then, the fight was canceled, fan backlash was considerable, Gastelum missed out on a massive stage and paycheck, and UFC President Dana White effectively banned him from competing at welterweight again.

Now, the New York State Athletic Commission has suspended Gastelum for not showing up to weigh-ins. He won’t be able to fight for six months, retroactive to UFC 205’s November 15 date of occurrence. This point defies his recent booking at UFC 206 opposite Tim Kennedy, so we’ll have to monitor the situation to see how things play out.

This is a bit too harsh of a punishment from my perspective, but I’ve said it a million times: providing so much power to athletic commissions to keep MMA clean (and equally as important, looking clean) comes at a price, and unquestionable authority to issue subjective punishments is part of this price. 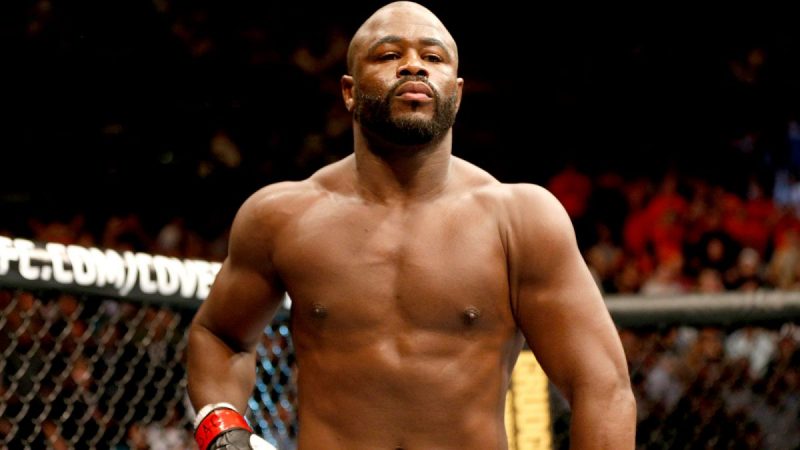 Rashad Evans won’t be facing Tim Kennedy at UFC 206 as was planned after all.

“Suga” was pulled from his meeting against Kennedy by the Ontario Athletic Commission this week, due to some sort of testing irregularity. Earlier this month, he was flagged by the New York State Athletic Commission for another testing abnormality, and was also removed from the card.

While the details of this worrying test result aren’t entirely clear, Tim Kennedy has indicated he believes it’s some sort of head trauma, MRI-related failure. Of course, even with Kennedy as the source, we have no way of knowing if this is true.

Whatever the diagnosis, hopefully Evans is healthy—or gets healthy ASAP—as he’s always been a class act. Furthermore, even before these foiled licensing attempts were made, I voiced the opinion that Rashad should retire. He won his season of TUF, became a world champion, put on some incredible performances inside the Octagon, and now, he has a gym to manage and a thriving analyst career with the UFC. He has nothing left to prove and no financial necessity to keep fighting.

We should have more information to consider in the near future.

Undefeated as a professional, Justine Kish will meet a formidable opponent in Team Quest’s Ashley Yoder at UFC Fight Night 102. This is a good last-minute addition to a card that took a big hit with Aljamain Sterling’s injury. 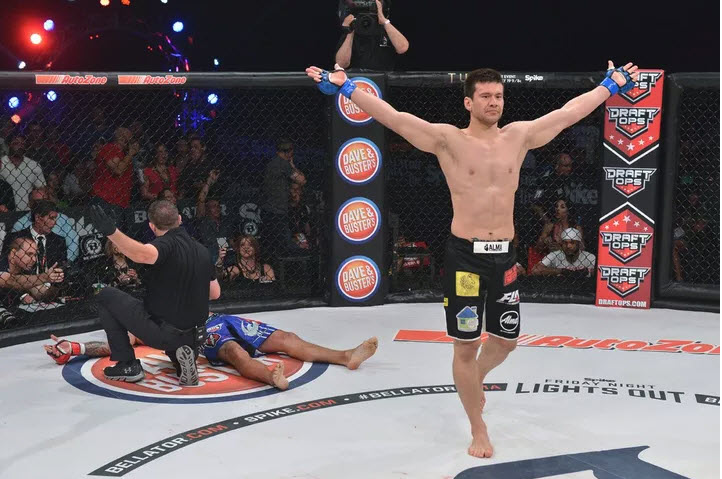 Ralek Gracie versus Hisaki Kato at Bellator 170 on January 21

I complain about Bellator’s matchmaking pretty regularly, but there’s no denying that this is a well-made fight. Ralek Gracie is a BJJ star, and Hisaki Kato is a heavy-handed, excitement-minded knockout machine with numerous vicious finishes to his credit, in both the ring and the cage.

B.J. Penn’s return to the Octagon won’t be a walk in the park by any means. Yair Rodriguez is young, hungry, and incredibly skilled, and this is an ultra-intriguing main event.

Andre Harrison versus Bruce Boyington at WSOF 34 on December 31

Former Titan champion Andre Harrison is undefeated professionally, and because of this point and the level opponents he’s won against, it’s clear that he’s a great signing for WSOF. Additionally, it’s apparent that WSOF is going all out for the New Year’s Eve show, from top to bottom; hopefully, the effort pays off.

This week was a bit rough for MMA fans and fighters, with all the bout cancellations and injuries, but next week’s TUF Finale and Bellator 166 events should be awesome.

As usual, we’ll recap all the action here!