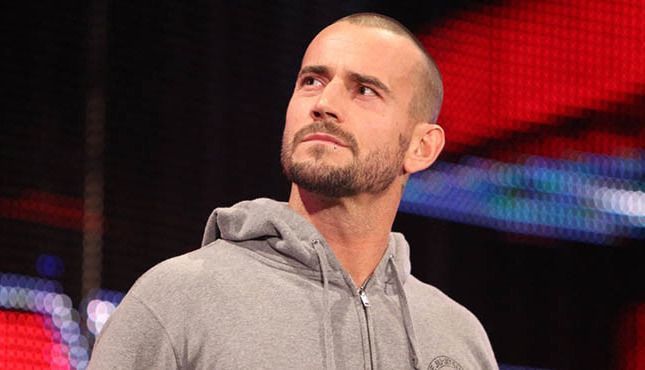 This week in MMA, in addition to not benefiting from a single major-promotion event, featured an unusual amount of bad news, letdowns, and TMZ-like breakthroughs. Still, a couple of positive happenings did make things a bit better overall.

Let’s take a look at what this week in MMA brought fans! 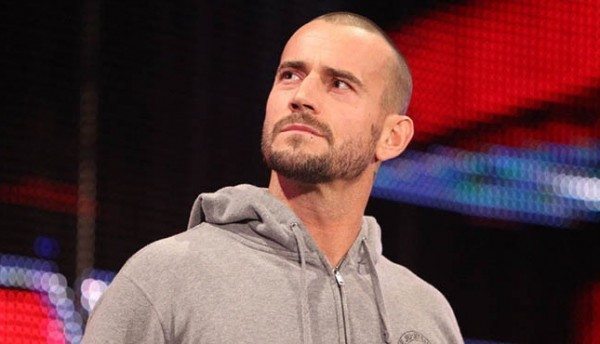 Fans will have to wait just a little while longer to watch CM Punk fight in the UFC.

The WWE veteran announced that, due to an overwhelming pain in his back that can easily be corrected, he opted for an operation. He’s expected to be on the shelf for four to six weeks while recovering from this surgery, and at this point, a contest at UFC 200 seems unlikely.

His string of injuries, in addition to demonstrating how grueling MMA is, does well to remind fans of how physically taxing professional wrestling is. Those athletes, although not competing per say, truly do introduce their bodies to quite a bit of damage and adversity.

Hopefully, Punk will get healthy soon, because as it stands, many fans, fighters, and media members are frankly beginning to wonder if they will ever see him compete in the UFC.

Brandon Thatch Not Cleared to Fight in Pittsburg, Fight with Siyar Bahadurzada Moved to UFC 196

UFC welterweight Brandon Thatch wasn’t granted an exemption by the Pennsylvania State Athletic Commission to use a drug that is being reported as legal under the USADA’s rules. Even with this confirmation, many fans (myself included) are legitimately interested in what exactly this drug is (although, realistically, the odds of it being anything of a performance-enhancing nature are essentially zero).

Still, the two will join a stacked card on March 5th in UFC 196, which of course features a super fight between featherweight champion Conor McGregor and lightweight champion Rafael dos Anjos. 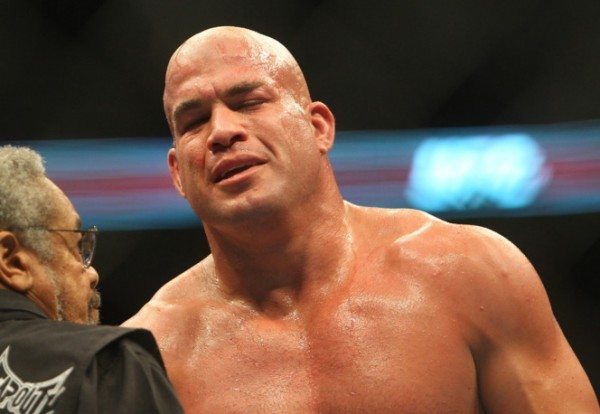 Tito Ortiz was arrested after a scuffle between himself and a woman at a nightclub early last Friday morning. He was charged with misdemeanor battery, and may be subjected to a fine and/or jail time and community service.

This appears to have been a relatively minor incident. Still, it could have easily escalated into something much more drastic and serious, and Ortiz must work to avoid situations like this altogether. It’s rare that I comment on the personal doings of an athlete, but with young children at home, his massive salary of $300,000 per fight in Bellator, and his age of forty-one years old, there is literally no conceivable reason for Tito Ortiz to patronize any nightclub on a Friday night at one in the morning. There’s too much on the line, and hopefully, someone close to him can make that clear. 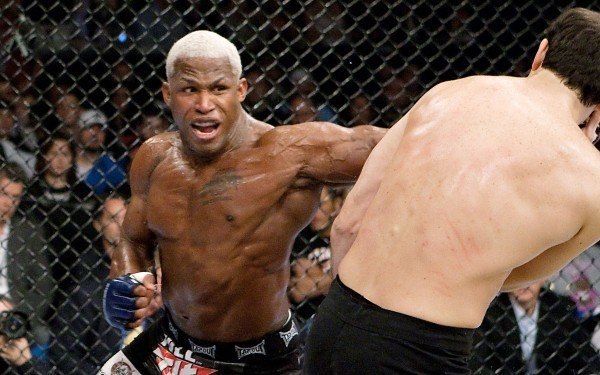 This was certainly the worst news of the week, and it really is a shame to see one of the sport’s pioneers go so young.

During his long career, Randleman competed against some of the best in the sport and nabbed notable victories over Renato Sobral, Brian Foster, Mirko Cro Cop, and several others.

Undoubtedly, he will be missed by not only his family but his many fans.

Former WEC fighter Scott Jorgensen has lost his last three, but still, these losses came against high-level competition, mainly; moreover, his last loss was a result of a leg injury. This cut wasn’t necessarily unwarranted, but it would have been nice if the twenty-two fight UFC and WEC vet could have had a chance to fight while healthy; getting cut after a loss due to a leg injury just seems a bit harsh.

George Roop lost his last two, against undeniably high-level athletes, and Yui Chul Nam also dropped his last two, albeit in the form of split decisions.

It’s in my nature to try and defend fighters who have been cut (in the UFC and Bellator), but all in all, these were mainly warranted contract terminations (once again, giving another fight to Jorgensen because of the injury in his last loss would have been ideal).

Mayhem Miller Announces His Return, Is Arrested for DUI and Defended by His Promotion’s President

If Venator FC and Mayhem Miller wanted to get people talking, they sure have been successful.

Longtime middleweight and UFC and Strikeforce veteran Jason “Mayhem” Miller announced his return to the sport this week. He is scheduled to fight for an Italian promotion, Venator FC, on May 21st in Milan, Italy against TUF and UFC veteran Luke Barnatt.

Shortly after the announcement, it was revealed that Miller had been arrested just a week prior on suspicion of DUI charges. Venator’s president came out and defended the middleweight, and in the process, helped more people to learn about his show and its upcoming event than would have been possible through extensive advertising.

The DUI wasn’t planned, but Miller released a bizarre video in which he claimed to believe that he was fighting UFC heavyweight Josh Barnett. The thing that many forget to remember with regards to any controversy related to Mayhem Miller is that he’s a smart person. With all of his problems outside of the cage aside, he’s demonstrated some impressive promotional and television abilities and coaching skills, indicative of someone who certainly knows his way around a camera. Between this point, and the pre-staged guitar player at the end of the video in question, it’s clear that Miller planned it, and filmed it jokingly.

Still, it’s obviously important that he get his life outside of the cage in order, and personally, I think that MMA is a big part of this process. All of his issues and problems began after he lost to C.B. Dollaway at UFC 146. After the hard-fought loss to Michael Bisping, Miller evidently worked hard to improve his standup technique, and it showed; he had Dollaway rocked badly in their contest before his knee gave out and Dollaway made good use of the takedown en route to a unanimous nod.

After that loss and the following UFC release, especially with the subsequent legal issues considered, it’s clear that Miller felt as though he had his years and years of hard work and training in the sport flushed down the drain. It’s important to keep in mind that this is the same man who, instead of attending high-school prom, brought his date to watch one of his fights! He had dedicated his life to the sport, only to be rejected (under less than ideal circumstances) at the highest level.

This is why Miller’s return to the sport is so important; hopefully, it can help him through some of the issues which he is encountering. Contrary to what many believe, MMA truly is the cure to Mayhem’s recovery—just as it was probably the source of his initial problems and spiraling downfall. Let’s hope that he can re-dedicate himself to the sport, find some success, and get his life in order.

Matches Announced and Changed at UFC and Bellator Events

The two leading promotions have announced a number of new fights.

First, Ben Rothwell will meet former champion Junior dos Santos on April 10th in Zagreb, Croatia. Rothwell is evidently a company man, as this is a very dangerous fight which provides very little upside for him (dos Santos was most recently finished by Alistair Overeem, and Rothwell is on a three-fight tear, including a finish of Overeem). Still, this will be fun to watch.

Next, the high-level British striker and Bellator star, Michael Page, was announced to be injured. He subsequently withdrew from his scheduled contest against Fernando Gonzalez, which was a very good fight. However, another solid contest has been booked, as the surging UFC-vet and former RFA champ, Gilbert Smith will meet Gonzalez at Bellator 151.

Kendall Grove will meet Francisco France at Bellator 150 on February 26th. The veteran-versus-newcomer angle was the only direction that the promotion could have gone with Grove, who was convincingly defeated by the former middleweight champion Brandon Halsey, but impressively finished UFC-vet Joey Beltran in his last outing.

—Justin Scoggins versus Ben Nguyen at flyweight (an outstanding contest, given both of their recent performances)

Glory kickboxing, although it had trouble garnering ratings on North American TV (and more pressingly, had a hard time attracting fans), put on some awesome contests, and is home to some of the best kickboxers in the world.

The Eddie Bravo Invitational is a carefully formatted grappling promotion that features some of the best BJJ practitioners in the world fighting for finishes in massive tournaments. It will be exciting to watch these competitions on Fight Pass.

Now that the praise has been given to the platform, it’s time to ask: where the heck is that PS4 app that was promised a couple years back?

Bellator MMA announced the re-signing of promotional staple and top-ten (at least) lightweight Michael Chandler to a long-term and exclusive deal. Chandler has aligned himself with the company since its early days, and in the process, has established himself as one of its most feared lightweight fighters. Additionally, Chandler is a class act outside of the cage, so re-signing him was an absolute must for Bellator.

The promotion also signed three new female fighters: Bruna Ellen, Bruna Vargas, Kenya Miranda da Silva. There appears to be a little bit of pushback to these signings from some fans, but personally, I think it’s an excellent idea for the promotion to build a women’s flyweight division; they have a chance to capture some real stars before the UFC, while giving women who are too small for bantamweight but unable to make strawweight a good place to showcase their skills.

This week in MMA admittedly wasn’t great, but next week is set to be outstanding, as the three leading promotions have events scheduled. Enjoy the fights!