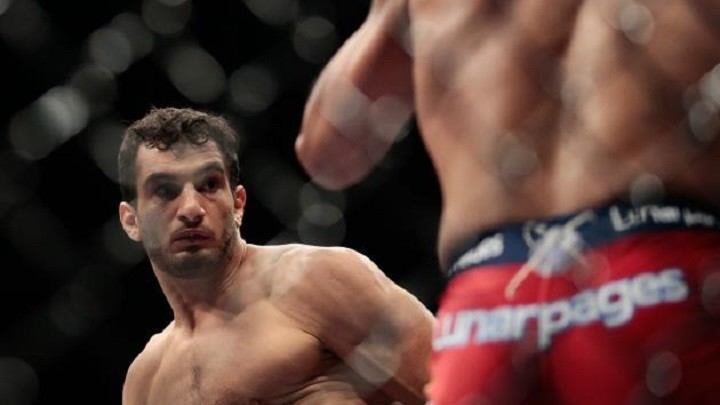 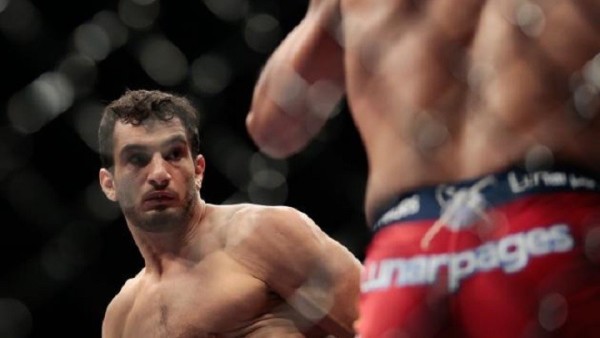 Although it wasn’t quite as packed with news and developments as last week, this week in MMA still had some exciting fight action and announcements.

Let’s take a look at what the week of December 6th brought MMA fans!

The UFC has announced that it will be returning to London and Pittsburg in 2016.

Michael Bisping and Gegard Mousasi will clash in the main event of the London card, in what should be an outstanding battle between two of the most technical strikers in the sport.

Several other contests were announced for the card as well, including:

Especially with the strength of the main event, this is a card that won’t be missed by many (although it isn’t popular to say, most fans—regardless of whether they want to see him win or lose—are interested in the results of any contest involving Michael Bisping). The local anticipation of the card is evidently great as well, as the event’s tickets sold out in just under half of an hour.

The only downside to these developments is that UFC Fight Night: London won’t go down until February 27th—nearly a quarter of a year from its announcement! Nevertheless, it should be exciting when it does roll around.

In a more surprising announcement, the UFC revealed plans to return to Pittsburg for a Fight Night event, one week prior to UFN London, on the 21st of February. Unlike the London card, most of the fights have yet to be announced, although an intriguing middleweight contest between Derek Brunson and Roan Carneiro has been revealed.

The last time that the UFC visited Pittsburgh was nearly half of a decade ago, for UFC Live 4: Kongo vs. Barry.

In a development that was equally as upsetting for fans and the WSOF, multi-sport competitor Tyrone Spong was injured in training and forced to withdraw from his scheduled co-main event tilt against  Jake Heun. Heun is now scheduled to meet late-replacement Clinton Williams on the preliminary portion of WSOF 26.

Spong has voiced his interest in competing in three combat sports—kickboxing, boxing, and MMA, and although he’s achieved success in each, perhaps the time has come to give some thought to picking and sticking with just one of them. The talented thirty-year-old injured his leg in his last kickboxing contest against Gökhan Saki, and the injury may not have transpired by chance; competing against the best that each sport has to offer may place too much strain and pressure on any athlete’s body (although he has largely faced non-considerable boxing opponents).

Spong and his team probably know what’s best for him as an athlete, but it’s certain that many fans would like to see him healthy and competing—especially in MMA or kickboxing—in the near future. Competing in three separate sports simply may not allow for that.

Beneil Dariush has been forced to withdraw from his scheduled contest with Mairbek Taisumov due to injury and has been replaced with Chris Wade.

Additionally, Dennis Bermudez was forced to withdraw from his scheduled contest against Maximo Blanco at UFN 81, due to a staph infection.

While temporarily debilitating, the infection shouldn’t take too long to heal; hopefully Bermudez will recover and find a spot on an upcoming card.

A replacement opponent for Maximo Blanco has yet to be announced.

In his move up to light heavyweight, Rodgers was more relaxed and attentive to his techniques—and it showed. Zwicker had some success on the feet, but “The Professional Predator” maintained a cool demeanor that wasn’t found in many of his previous fights. He blasted Zwicker with a takedown in the second round and followed up with ground-and-pound that ultimately created the opening for an arm-triangle finish.

Next, in a rather one-sided affair, one of Bellator’s up-and-coming stars, Adam Piccolotti, dominated Mario Soto en route to a second-round rear-naked-choke finish. Soto showed off his impressive toughness and ground game, but it was clear early on that Piccolotti had the definitive grappling advantage.

The win improved the undefeated lightweight’s record to seven and zero.

In what was considered by many to be the fight of the night, Derek Anderson bested Patricky Freire once again, albeit by the narrowest of margins.

In the first round, the technical boxing of Anderson—along with a well-timed takedown—allowed him to win it pretty convincingly.

Similarly, but even more clearly, the second round belonged to Pitbull, as he landed some solid standing techniques and dominated the fight on the ground.

The third round was very close, and was also the reason for the split decision, as Pitbull began to slow down and allowed Anderson back into the fight. Both men had some success, and it certainly was a tough round to call.

It was an exciting contest to watch, however, and both men have bright futures in the cage—Bellator and otherwise.

In the co-main event, Georgi Karakhanyan fell to Daniel Weichel by way of a unanimous decision.

This wasn’t a back-and-forth war in any way, but many fans (myself included) enjoyed watching and were impressed by the crisp and technical boxing of Weichel, who was simply too unemotional (as he promised to be, especially after his last loss) and effective for Karakhanyan to find very much success on the feet—by calling him in to brawl or otherwise.

As was mentioned in the broadcast, Karakhanyan suffered an ACL injury just nine months or so ago; three of these last nine months were spent training for this fight, so it’s possible that his knee isn’t fully healed.

Whatever the case, hopefully, we get to see both men competing inside the cage again soon, as they are some of Bellator’s top (and fun-to-watch) featherweight athletes.

The main event’s result surprised essentially nobody, as Josh Thomson dominated Pablo Villaseca, before securing the second-round TKO finish. It was a bold move for Villaseca to take the fight, and he may very well have some Bellator success of his own in the future, but the bout played out essentially as one would expect, given that Thomson was technically superior in every facet of the game.

Overall, Bellator 147 was a solid card—and one that many fans appear to be underrating.

Next week should make up for the comparatively barren fight-card landscape of this week and then some, as the UFC will hold three events—including UFC 194—on Thursday, Friday, and Saturday (UFN 80 on Thursday, TUF 22 Finale on Friday, and 194 on Saturday). Enjoy the fights!