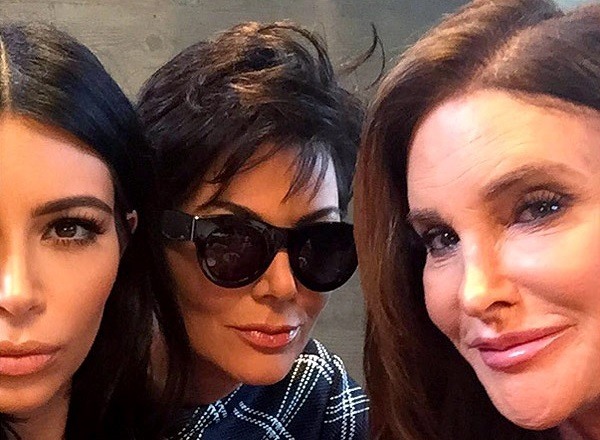 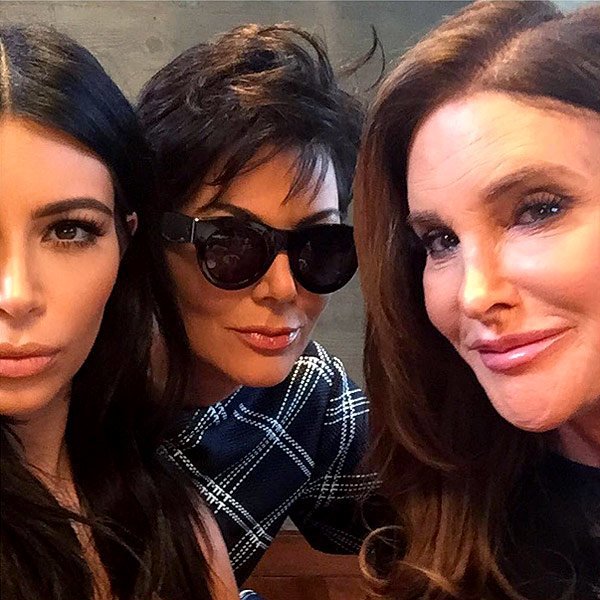 On tonight’s episode of Keeping Up with the Kardashians “All Grown Up,” we got a taste of what it’s like to house a pregnant Kim Kardashian and a behind-the-scenes look at Kylie’s extravagant 18th birthday celebrations.

The episode began with Kourtney and Khloe calling up Kylie after they found out she hadn’t officially invited them to her party. Kylie reveals that she hadn’t made her birthday plans public yet, but assumed that Kourtney and Khloe wouldn’t have any conflicting plans anyways so she could tell them last minute.

Shortly after, Kim is talking with her mother Kris about her weight gain from her second pregnancy. Kim reveals that she has gained 25 pounds and is only “halfway there.” Kris reminds her that she gained a lot of weight with North, but was able to get into the best shape of her life afterwards. Kim tells Kris that she is not too worried about the weight gain this time around, but she is starting to doubt her body will be able to bounce back when she gets pregnant the third time. Kris is shocked and exclaims, “Number three?! Whoa! Can we just slow down and have number two?”

Meanwhile, Kylie is in Malibu visiting her father Caitlyn’s house. While there, Caitlyn asks Kylie what her plans are for her birthday and even offers to throw her a party at her house. However, Kylie confesses that she has been avoiding planning a big party as she has anxiety about the tension in Kris and Caitlyn’s relationship. While there, Caitlyn gives Kylie a crop top and matching underwear set that has Caitlyn’s face printed all over it. Rightfully, Kylie is weirded out but refuses to give the set back.

Back in Calabasas, Kris and Kim have some conflicting views over Kim’s plan to move into Kris’ house with her husband Kanye and daughter North West. Kim tells Kris that she is planning to have her second child while still living in her house and, therefore, needs to convert one of the extra rooms into a nursery. Needless to say, Kris is not too pleased with her daughter taking over her house once again.

Later in the episode, Kris returns home with three of her friends. To her surprise, she walks in on Kim having an impromptu exercise class in the front lobby. Shortly after, Kris vents to her friends about Kim having no appreciation for Kris letting her stay in her home. She goes on to say that she will most likely need to set some concrete boundaries if things continue to go this way with Kim.

In an attempt to smooth things over, Kris heads over to Malibu to meet face-to-face with Caitlyn for the first time. They show a scene, which was featured in I Am Cait during the summer, except this time from Kris’ perspective. While there, Kris tries to get Caitlyn to understand why she was so upset over the Vanity Fair article, especially the part where Caitlyn claimed that Kris didn’t treat her well in their marriage. However, Kris realizes that Caitlyn is even more stubborn than Bruce and will most likely never show empathy towards the situation.

Although things didn’t go too well while she was in Malibu, Kris still invites Caitlyn to a family dinner at Nobu to kick off Kylie’s birthday. At first, things were a bit tense at dinner, as Kris couldn’t help but make a few passive aggressive comments about the fact that Caitlyn was late for the dinner. In confessional, Kylie admits that this tension was exactly what she wanted to avoid. However, Caitlyn finally shows up, and the dinner goes well. During dinner, Caitlyn even goes on to explain how she now uses the women’s washroom. This surprises some of the family members, but Khloe pipes in “well she is wearing a Tom Ford dress.”

Later on in the dinner, the family begins discussing Lamar Odom. At the time, Khloe was waiting for her divorce to be finalized from Lamar (although this has changed since the taping of this episode). Khloe explains that although filing for divorce was hard, it was the right thing to do considering Lamar wasn’t making any positive progress. Kris goes on to show Khloe her text conversation with Lamar, which upsets Khloe. In the texts, Lamar asks Kris if Khloe is dating James Harden, in which Kris replies that she doesn’t know.

This proves the marketing brilliance of the Kardashian family as they are slowing building up this storyline with little mentions of Lamar Odom here and there. Last season, the only mention he got was in the finale, which many said was responsible for his drug bender at Dennis Hof‘s Love Ranch. We can only imagine the storyline they will create with Khloe being the Mother Theresa of the bunch, etc. I’ll be very curious to see if they have footage of him in the hospital as that would easily show them for what many think they are.

The last few minutes of the episode show Kylie’s big birthday celebration held at Bootsy Bellows. For the first time on the show, Kylie admits that she is dating rapper Tyga and gets affectionate with him. She ends up getting a Ferrari from Tyga, who she claims is the most “selfless” person she has ever met. These shows are always feeling dated since the family loves having their life play out daily in the press, so we all know that the two are on a hiatus again.

You can catch the next episode of Keeping Up with the Kardashians on Sunday, December 13 on E!

Khloe and Kendall head off to Mexico City to visit the big cat rescue foundation. Meanwhile, Kylie makes her first club appearance as an adult in Montreal.