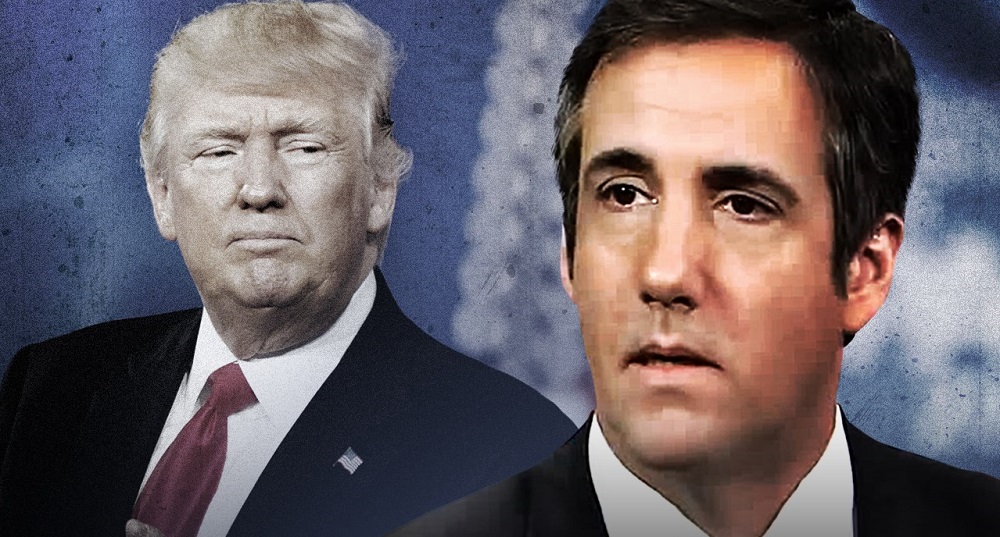 Michael D. Cohen, Donald Trump‘s former personal lawyer is back again to give the president more nights of anxiety. The president has been keeping the government shutdown and Southern border fears alive to distract from Bob Mueller‘s Russia investigation, but Cohen may bring things to a quick close.

If Trump continues holding government employees hostage with his wall tantrums, his supporters might begin turning when Cohen has his say on television. Don’t be surprised if he realizes that ending the government shutdown might shine a better light as his former lawyer shines plenty of light on areas he doesn’t want to be revealed.

Cohen will testify publicly before a House committee next month in a hearing that could serve as the opening salvo of a promised Democratic effort to scrutinize Trump, his conflicts of interest and his ties to Russia.

The House Oversight and Reform Committee announced Thursday that Cohen will appear before that panel Feb. 7, a little more than a month after the Democrats took the House majority.

“In furtherance of my commitment to cooperate and provide the American people with answers,” Mr. Cohen said in a statement, “I have accepted the invitation by Chairman Elijah Cummings to appear publicly on Feb. 7. I look forward to having the privilege of being afforded a platform with which to give a full and credible account of the events which have transpired.”

The hearing marks the latest step in Cohen’s transformation from a trusted legal adviser to the president to a public antagonist who has cooperated extensively against him. Although Democrats say the questioning will be limited to avoid interfering with open investigations, the hearing is still likely to pull back the curtain on key episodes involving Trump’s personal life and business dealings, including hush-money payments to women and a proposed Moscow real estate deal, that federal prosecutors have been dissecting for months.

Trump has denied having the extramarital affairs.

Cohen has pleaded guilty in both investigations and was sentenced last month to three years in prison. An adviser to Cohen, Lanny Davis, said shortly after he was sentenced that the former political fixer wanted to testify and “state publicly all he knows.”

In a statement released on Thursday, Cohen said he had accepted the invitation “in furtherance of my commitment to cooperate and provide the American people with answers.”

Cohen added: “I look forward to having the privilege of being afforded a platform with which to give a full and credible account of the events which have transpired.”

Trump has denied wrongdoing and sought to minimize Cohen’s statements by painting him as a liar. Asked by reporters in Texas on Thursday about Cohen’s appearance, Trump said he’s “not worried about it at all.”

This cooperation has earned him the full ire of Mr. Trump, who has called Mr. Cohen a “weak person.” The president said he did nothing wrong regarding the campaign finance charge, and he accused his former lawyer of lying to prosecutors to try to get a reduced sentence. In court filings, prosecutors have not named Mr. Trump, referring to a “candidate for federal office” and “Individual-1.”

The chairman of the oversight panel, Democratic Rep. Elijah Cummings of Maryland, said the committee is consulting with Mueller’s office about the testimony. He told reporters on Thursday that “there will be limitations” on the topics covered in Cohen’s testimony.

“We don’t want to do anything to interfere with the Mueller investigation — absolutely nothing,” Cummings said.

The panel’s top Republican, Rep. Jim Jordan of Ohio, said Cohen’s appearance shows that Cummings is using the “committee as a venue for political theater rather than legitimate oversight,” noting how Cohen has admitted knowingly lying to Congress and is a witness in ongoing investigations.

“This makes clear that Chairman Cummings and the Democrats will do whatever it takes to attack this President,” Jordan said in a statement.

Cummings has signaled that his committee is more interested in investigating the president’s involvement in the campaign violations to which Cohen pleaded guilty last year.

Cummings has sent document requests to the White House and the Trump Organization that seek to determine why Trump, who reimbursed Cohen for the hush-money payments, omitted that debt on his public financial disclosure form. Cummings is also requesting a raft of potentially revealing communications about the payments and other legal services Cohen provided for the president and his company.

The oversight hearing may not be Cohen’s only appearance. House Intelligence Committee Chairman Adam Schiff, D-Calif., said he welcomes Cohen’s testimony before the oversight panel, but “it will be necessary, however, for Mr. Cohen to answer questions pertaining to the Russia investigation, and we hope to schedule a closed session before our committee in the near future.”

Cohen testified before the House intelligence panel in a closed-door hearing in 2017, before his role in the federal investigations was fully known and when Republicans controlled the committee. The GOP-led committee later ended its investigation into Russian interference in the 2016 presidential election, saying there was no evidence of collusion or conspiracy between Trump’s campaign and Russia.

Schiff wants to restart parts of that probe.

The Senate intelligence committee has also asked Cohen to return. He spoke to that panel in 2017.

“The request still stands, regardless of any public testimony Mr. Cohen may give on other issues,” its chairman, Sen. Richard Burr, R-N.C., said in a statement.