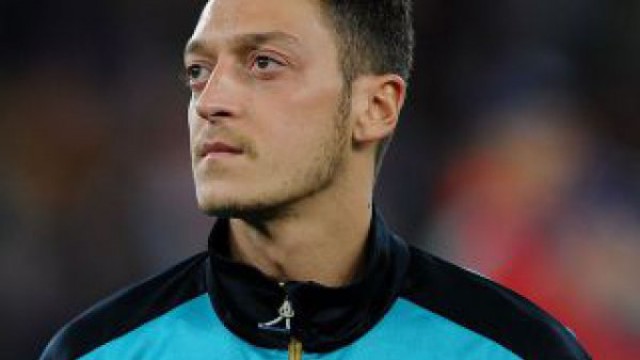 The 2014 World Cup winner has trashed the rumors linking him with a move away from the club in the summer transfer window. Mesut Ozil played down the story in the newspapers which claimed that the German midfielder will leave the Emirates if Arsene Wenger remains in charge at Arsenal beyond summer.

The 27-year-old that he joined the North London club mainly because of Arsene Wenger and he still has a lot of respect for the French boss.

He tweeted: “Have seen the media reports today. Arsène Wenger was a big reason for me joining Arsenal – this hasn’t changed!

The former Real Madrid player is currently on international duty with Germany and Joachim Low’s men are preparing to face England at the weekend.

Ozil also addressed the claims regarding his non-existent participation in the dressing room. He stated that he is not a very loud presence, but he gives his best to motivate his teammates in difficult situations.

“That’s never been my way, but I’ve spoken a lot in front of the squad this season, especially in the situations where we’ve been behind at half-time, and I’ve encouraged the team.

Mesut Ozil is definitely among the best performers at Arsenal this season. He believes that he is a leader on the pitch because of his consistent presence in the squad throughout the year.

“It’s the same on the pitch. When you’re always there for the team, when you’re playing every week, you become a leader.

“Like I mentioned, I don’t shout at my team-mates, I don’t have a go at them when they do something wrong. I prefer to talk to them and help where I can. I want to be there for the team, but I think that’s a normal way to look at things.”

Ozil currently tops the Premier League assists charts with 18 in the 2015/16 campaign and is on course to break Thierry Henry’s record of 20 during a single season, but says personal milestones are of no interest.

“I don’t play the game to smash records,” he added. “I know what I can do, and I know that I’m one of the best assist-makers in the world, but it’s all about titles for me.

“If I have a great season, but we don’t win anything, what does it bring me?”

Arsenal are now 11 points behind in the title race with eight matches still to play. Their local rivals Tottenham are six points ahead of them but the Gunners also have a game-in-hand. They have been knocked out of the Champions League, and FA Cup, and their chances of clinching the Premier League are also very slim. The English giants need some consistent results until the end of this season, if they want to remain in the top four as the fight for the Champions League spot will only get more intense in the next two months.