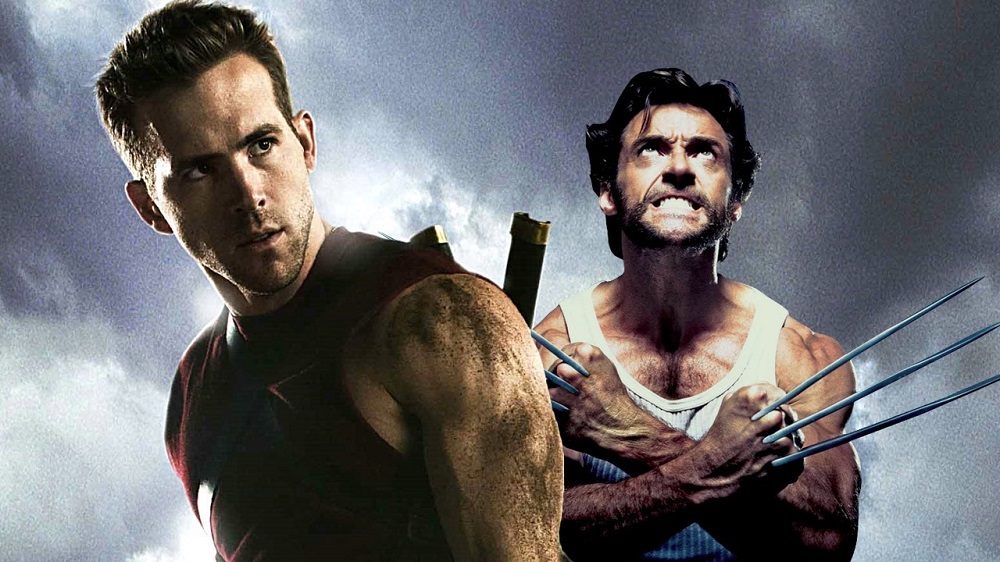 If you guys read my previous article on upcoming 2017 movies, we may be in for another good year. With Marvel’s track record, we’re assured of at least three good films and another Star Wars film. So far, the best update we had about Spider-Man: Homecoming was last December’s trailer. More details about his costume have come up recently. With Thor: Ragnarok, we don’t know much apart from Hulk’s involvement in the film until a couple of days ago when the synopsis was finally released.

Let’s first talk about Thor. Arguably, it’s not the best of the MCU franchises but offers decent box office returns and because of the MCU’s soap operatic nature, it’s difficult for people to miss watching this and any MCU film. With a new director, things might just pick up for Thor: Ragnarok and because it will turn out to be another ensemble movie like Captain America: Civil War with the involvement of several Marvel heroes especially the Hulk. Hopefully, the directing and screenplay takes a page from Civil War balancing the characters and focus on our favorite Norse God of Thunder. Doctor Strange will be dropping in and hopefully his role will be somewhat major as there’s still much steam for the soon-to-be Sorcerer Supreme after his debut. Thor Ragnarok will also debut the Asgardian hero Valkyrie which will be played by Tessa Thompson who played Bianca in Creed and as Charlotte Hale on HBO’s Westworld. Jeff Goldblum will also be featured in the film as The Grandmaster, another representative of the Elders of the Universe apart from The Collector played by Benicio del Toro. 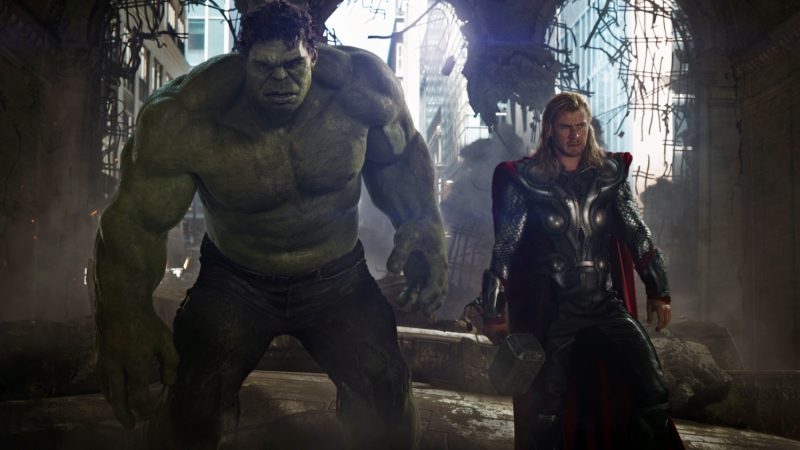 This time, we have a better idea of the film with the release of the film’s synopsis. The synopsis goes like this:

“In Marvel Studios’ Thor: Ragnarok, Thor is imprisoned on the other side of the universe without his mighty hammer and finds himself in a race against time to get back to Asgard to stop Ragnarok – the destruction of his homeworld and the end of Asgardian civilization – at the hands of an all-powerful new threat, the ruthless Hela. But first, he must survive a deadly gladiatorial contest that pits him against his former ally and former fellow Avenger – the Incredible Hulk!”

It’s a pretty cool premise to look forward to. Many folks want to know what became of the Hulk after he bailed in Avengers: Age of Ultron. It’s a wide assumption that he again went into hiding as Bruce Banner like what happened in Brazil and India. But Marvel had more fantastic plans. The Hulk has yet to have his own franchise so it’s best not to keep the character stagnant though his fight with Hulkbuster Iron Man remains epic. In Thor: Ragnarok, The Grandmaster somehow procures the Hulk after the events of Age of Ultron and pitches him against Thor in an adaptation of Marvel Comics’ Planet Hulk storyline. 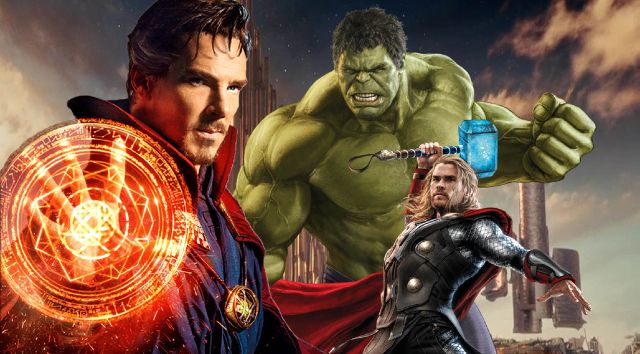 But the film is about Thor and Ragnarok. Last we saw Thor, he was talking to Doctor Strange in the Doctor Strange film’s post-credit sequence, and tells Strange his current presence on Earth was to find Odin. Strange is concerned about Loki also being on Earth and offers his help so Thor: Ragnarok could start from that. Strange, being Earth’s interdimensional guardian just wants to see Asgardians off-planet. Thor: The Dark World left us wondering what happened to Odin when Loki impersonated him. That is a big puzzle unto itself. For some reason, Odin disappeared before Loki’s return to Asgard and Loki took the opportunity to take charge by impersonating him. The Doctor Strange post-credit scene suggests that Loki was not directly responsible for Odin’s disappearance and without Odin, dealing with the cycle of Ragnarok may be too much for Loki to handle. Could Thanos have taken Odin along with the Tesseract? 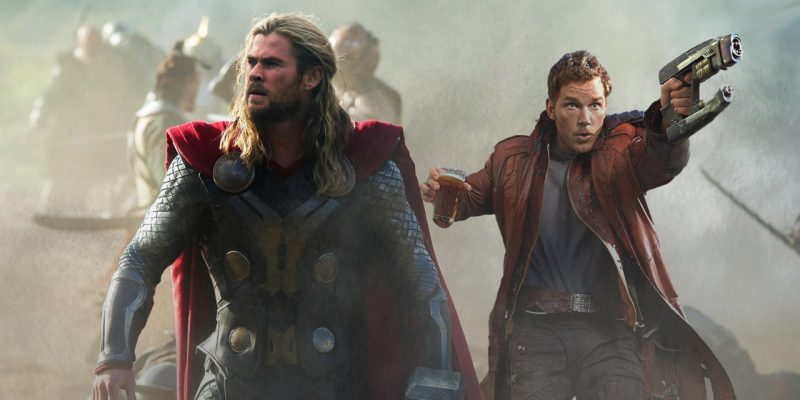 Thor: Ragnarok could also connect with Guardians of the Galaxy because Thor will end up on the planet Sakaar along with the Hulk. That is, if the Sakaar they refer to is the same planet where Ronan’s soldiers came from. The ones Drax the Destroyer refers to as “paper people”. It would be a big contrast to Planet Hulk where everyone is supposed to be as strong as he is.

Also, about Ragnarok in comic lore, it is a Norse mythological event that spells the death and rebirth of Asgard when its enemies storm the realm to be led by Loki and involves the powerful demon Surtur. In the film, the Norse underworld goddess Hela who will be played by Cate Blanchett fills in for Surtur. Thor: Ragnarok may very well be the most exciting Thor yet.

About Spider-Man: Homecoming which is slated to open earlier this July, there’s not much more info aside from the trailer except or new developments regarding his costume. Tom Holland recently shared a promotional video on his Instagram page (video below) that sheds more light on Spider-Man’s costume. News already spread about his ‘web wings’ which were first featured in his first comic book appearance in Amazing Fantasy. Tony Stark has taken a liking to this fledgling hero and gave his suit more upgrades. The web shooters, for example, have selectable web types and laser targeting systems for precision webbing. The suit will also feature a GPS tracking system, so hopefully, we’ll see a film equivalent of Spider-Man’s spider tracers which have yet to be seen on film. 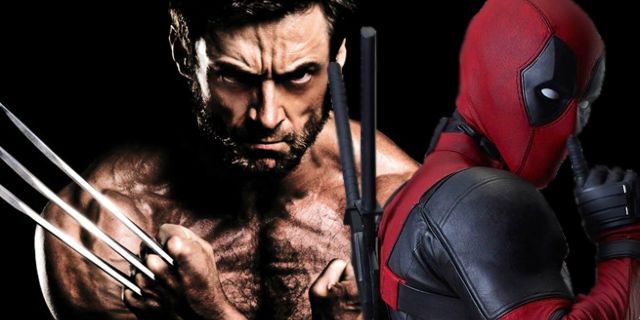 And lastly, if Ryan Reynolds gets his way, Logan won’t be Hugh Jackman’s last appearance as Wolverine. A team-up or cameo with Deadpool might do wonders for Wolverine or the X-Men franchise in general. Hugh Jackman however quickly put down the rumors saying that his appearance in other films would be “bad timing” given the chronology of the Logan film. Hugh may have said that he’ll be hanging up the claws but it’s not necessarily definite. Whatever happens with Logan could affect his decisions about playing everyone’s favorite mutant. Since Deadpool 2 is already shooting, with the rumored appearance of Cable. Wolverine could appear in a third Deadpool installment. If Fox in any way interferes with the franchise’s development, further Deadpool films will be a wait-and-see. The first film could have just been a lucky break.