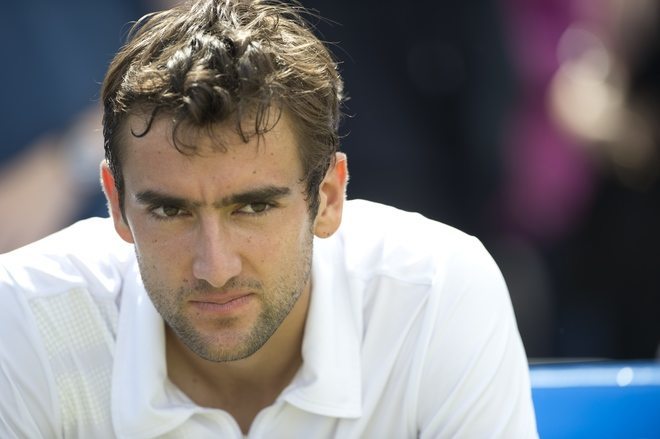 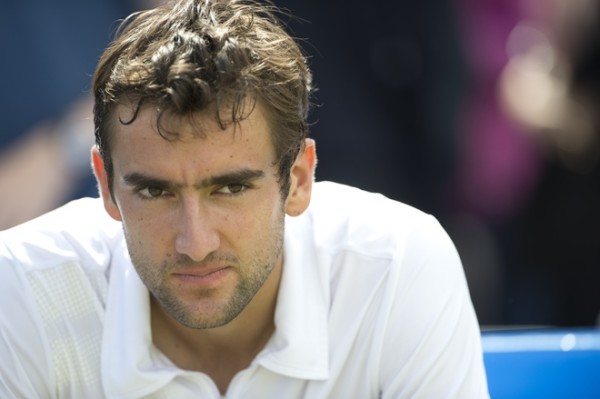 Most of the attention at the 2015 Madrid Open has been on whether Roger Federer and Rafael Nadal will face off on the courts, but Maric Cilic, Feliciano Lopez and John Isner are also playing. Cilic has had a long road back from his right shoulder injury which has kept him off the courts for the first two months of the year. He’s been limited to only three tournament matches this season, so this will be a full fledged comeback from him along with testing his shoulder to see if it’s ready.

First round action continues on Monday at La Caja Magica, with 10 men’s singles matches on the order of play. Headlining the day’s proceedings are three seeded players – No. 9 Marin Cilic, No. 11 Feliciano Lopez and No. 16 John Isner. Cilic and Lopez go up against Jiri Vesely andBenjamin Becker, respectively, on Manolo Santana, while Isner takes on Adrian Mannarino on the second show court, Arantxa Sanchez-Vicario.

CILIC’S COMEBACK: Cilic’s road back to full fitness continues today against Vesely, with the pair facing off for the first time in the night session. The Croat has been limited to just three tournament appearances this season after missing the first two months of the year with a right shoulder injury. He returned at Indian Wells, where he fell in his first match to Juan Monaco, before going on to reach the QF in Monte-Carlo (l. to Djokovic). He arrives in the Spanish capital off the back of an opening round loss to Victor Estrella Burgos in Barcelona. 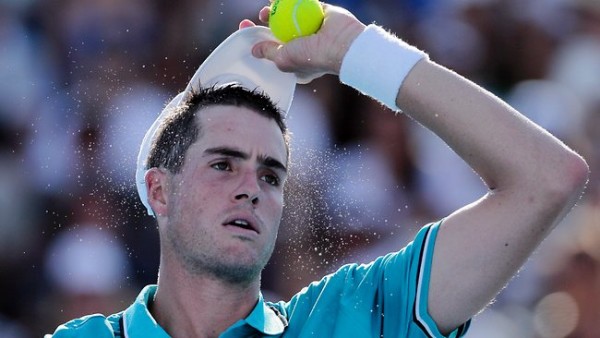 AMERICANS IN MADRID: Isner is one of five Americans in the main draw in Madrid, joining World No. 37 Jack Sock, No. 39 Sam Querrey, No. 51Donald Young and No. 54 Steve Johnson. This is the first time since Rome 2004 – James Blake, Robby Ginepri, Todd Martin, Andy Roddick and Vince Spadea – that five Americans have featured in an ATP Masters 1000 event on clay. Isner is joined on today’s schedule by Querrey (vs. Kokkinakis) and Johnson (vs. Gonzalez).

RISING STAR: One of the game’s standout teenagers, Thanasi Kokkinakis, makes his Madrid debut today against Querrey. The young Aussie came through qualifying with wins over Matteo Viola and Janko Tipsarevic. This is the fifth time he has come through qualifying in five attempts this season, making him the first teenager to qualify five times in a row at ATP World Tour level tournaments. He is also the first teenager to qualify five times in a season since Marin Cilic in 2006. World No. 103 Kokkinakis is one of four teenagers ranked inside the Top 110 in the Emirates ATP Rankings, lining up alongside World No. 53 Borna Coric, No. 88 Hyeon Chung and No. 110 Alexander Zverev. Kokkinakis’ compatriot Nick Kyrgios turned 20 last week.

•    Becker returns to Madrid for the third time. His lone win here was a 6-0, 6-2 victory over then World No. 514 Carlos Moya in the 1R in 2010 (l. to Federer in 2R).
•    Becker arrives on a five-match losing streak at tour-level. He fell to teenage compatriot Alexander Zverev in the 1R in Munich last week.
•    Becker’s best showing this season was a 3R appearance at the Australian Open, where he posted wins over Julien Benneteau and Lleyton Hewitt (l. to Raonic).
•    In 2014, Becker finished the year at No. 40, equaling the year-end high he set in 2009. His best showing came in ‘s-Hertogenbosch where he reached his first final in 5 years (l. to Bautista Agut).
•    Lopez is making his 14th appearance in Madrid. He is a four-time quarter-finalist here – three indoors and one on clay – with his most recent final eight outing coming last year (l. to Nishikori).
•    Lopez comes in off the back of an opening round loss to Robin Haase in Estoril last week.
•    In February, Lopez advanced to a 12th career final in Quito (l. to Estrella Burgos in 3rd set TB).
•    Lopez’s other stand out result came at Indian Wells, where he reached the QF at an ATP Masters 1000 event for the 12th time in his career (d. No. 5 Nishikori in 4R; l. to Murray).
•    On March 2, the 33-year-old Spaniard rose to a career-high No. 12 in the Emirates ATP Rankings.
•    In 2014, Lopez finished in the Top 15 for the first time at a year-end high No. 14, winning a personal-best 39 matches and a fourth career ATP World Tour title.

•    Fognini is back in the Madrid main draw for the seventh time. He has fallen in the 1R here five times, including on his last four appearances – all in three sets.
•    Fognini fell to Dominic Thiem in the 2R in Munich last week.
•    Fognini’s best performance this season came in February in Rio de Janeiro, where he reached the final (l. to Ferrer). The Italian overcame Jiri Vesely after saving 3 MPs and Federico Delbonis in a third-set TB before upsetting Rafael Nadal in the final four, snapping the Spaniard’s 52-match winning streak in clay-court SFs.
•    Fognini also reached the QF at the ATP 500 event in Barcelona with another victory over Nadal. The Italian is just the third player to beat Nadal at least two times in a row on clay (also Gaudio and Djokovic). He then fell toPablo Andujar 6-1, 6-3 in the next round.
•    In late January, Fognini won his first Grand Slam doubles title (w/Bolelli) at the Australian Open (d. Herbert-Mahut). They were the first all-Italian pairing to win a major doubles title since Pietrangeli and Sirola lifted the 1959Roland Garros crown.
•    In 2014, Fognini finished in the Top 20 for the second year in a row and became the first Italian to accomplish the feat since Corrado Barazzutti in 1977-78. He won a third title in Viña del Mar.
•    Giraldo is back in the Madrid main draw for the sixth time. He posted the first and only Top 10 win of his career here last year, defeating No. 8 Andy Murray en route to the QF (l. to Bautista Agut).
•    Giraldo’s best showing this season was a SF run on clay in São Paulo (l. to Cuevas). He also reached QFs on clay in Houston (l. to Sock) and last week in Istanbul (l. to Schwartzman).
•    In 2014, Giraldo finished in the Top 50 for the first time at a year-end high No. 32, highlighted by reaching a second career ATP World Tour final in Barcelona (d. 3 Top 30 players, l. to Nishikori).

•    Vesely is making his Mutua Madrid Open debut.
•    Vesely has reached the SF-or-better at three tournaments this year. He clinched his first ATP World Tour title as a qualifier in Auckland in January (d. Mannarino in F) and is now one of seven players born in the 1990s to win a tour-level title: Raonic (6), Dimitrov (4), Goffin (2), Tomic (2), Delbonis (1) and Sock (1). He also finished runner-up in Bucharest (l. to Garcia-Lopez) and reached the SF in Casablanca (l. to Gimeno-Traver).
•    Vesely has fallen in the opening round at eight of the 12 tournaments he has contested in 2015.
•    On April 27, Vesely climbed to a career-high No. 35 in the Emirates ATP Rankings.
•    In 2014, Vesely finished in the Top 100 for the second year in a row at a year-end high No. 66, winning a personal best 16 matches.
•    Cilic is making his eighth appearance in Madrid. He has never gone beyond the 3R here.
•    Cilic missed the first two months of the season with a right shoulder injury. He returned at Indian Wells, where he fell in his first match to Juan Monaco.
•    Since Indian Wells, Cilic has made two other appearances, reaching the QF in Monte-Carlo with wins over Florian Mayer and Jo-Wilfried Tsonga (l. to Djokovic) and falling in his opening round in Barcelona (l. to Estrella Burgos).
•    In 2014, Cilic finished a year-end best No. 9 and won more than 50 matches for the first time (54), capturing a personal-high four titles, including a first Grand Slam crown at the US Open (d. Nishikori). He was the first Croat in the year-end Top 10 since Ljubicic in 2006.