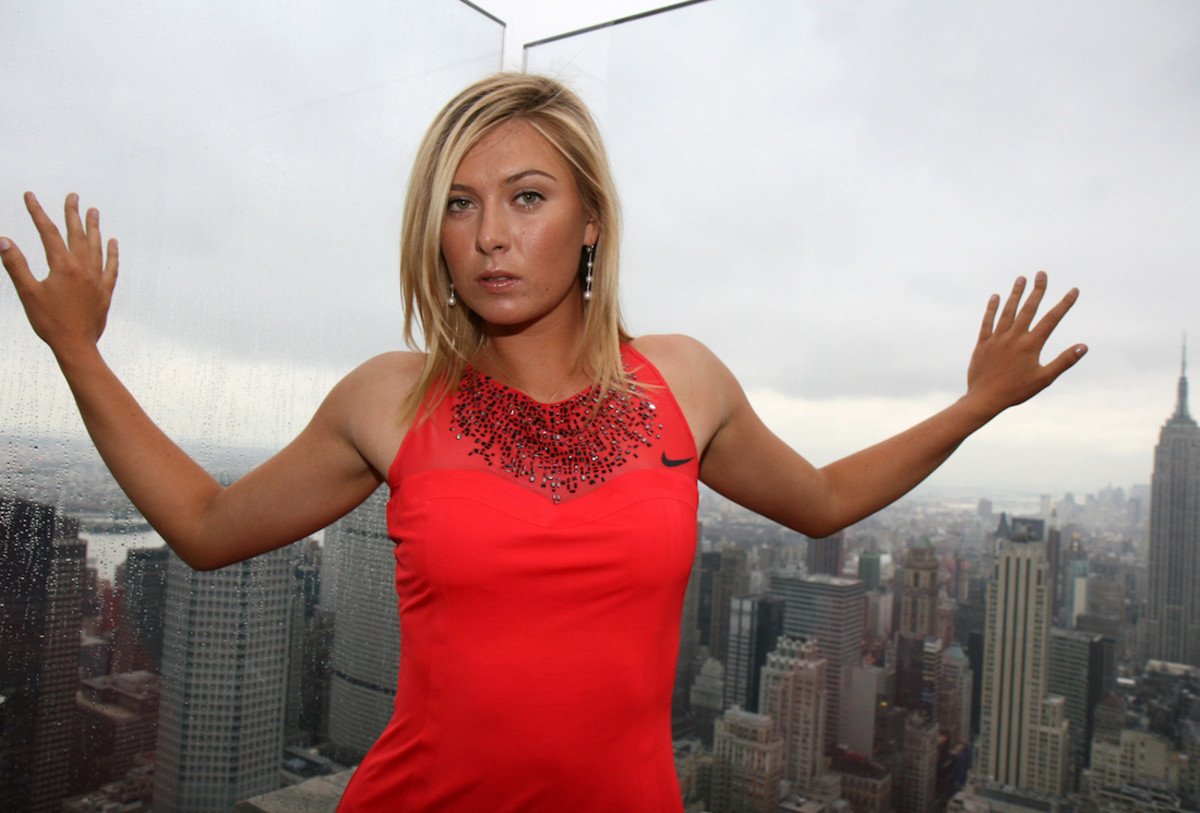 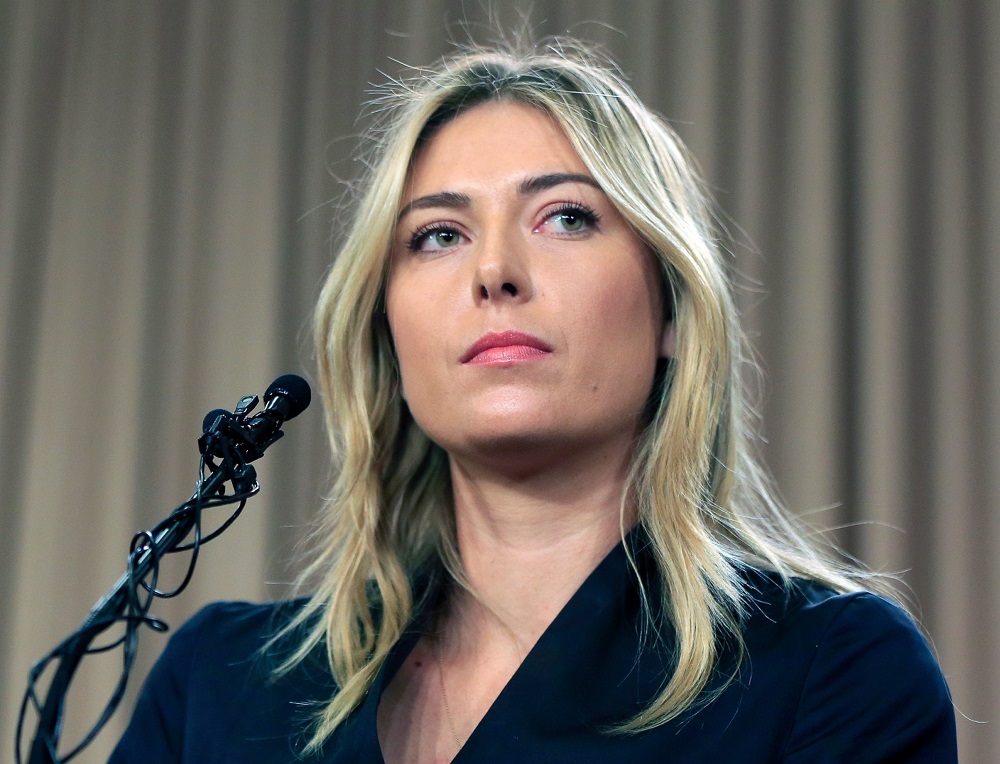 Maria Sharapova, as of Wednesday, will have served her suspension for using meldonium, having tested positive for that substance at the 2016 Australian Open. At the time of her test, meldonium had only been illegal for a short period of time. You could argue that that’s mitigating but, in order to see if Sharapova’s suspension was fair, let’s just take a look at some comparisons.

One of the more recent athletes to test positive for a banned substance is Starling Marte of the Pittsburgh Pirates. The baseball player was in the news earlier this month for using nandrolone. Long-time tennis fans will recognize the name of that performance enhancer from 1998, ages ago. It’s the substance that Petr Korda tested positive for several months after winning the Australian Open that year.

Marte can’t claim that nandrolone was only recently made illegal like Sharapova could claim with meldonium in arguing a mitigating circumstance. Yet the Pittsburgh Pirate received only an 80-game suspension which will only amount to 3 months of the current Major League Baseball season. In short, Sharapova used a substance that was only illegal for a few weeks, and no one had any sympathy for her when it came to her suspension length. Marte was busted using something that athletes from the last century were busted for and he gets four times less the suspension.

Joakim Noah, a power forward in the NBA, is another athlete who received a suspension recently. Noah received a 20-game suspension which, when applied to an NBA season, is like a month and a half. He called the suspension “severe.” As a last point, Rob Ninkovich of the NFL got four games for using a banned substance late last summer. Four games in the NFL amounts to one month. Sharapova gets over a year for an infraction that I would argue was less clear.

Why are there differences when it comes to suspensions for using banned substances? That’s a complex question. You could start answering it by looking at how different leagues have different standards for accountability and different unions causing pressure for players. However, I see things differently with regard to Sharapova.

Sharapova’s suspension came at a time when the ATP was fighting the WTA over something called money and Sharapova, although a lesser talent than Serena Williams, is the most marketable female athlete for the WTA. Due to a combination of talent, wholesomeness, and I would say widely-appealing physical beauty she’s the one that takes something away from the men’s tour the most in instances where the ATP and WTA are competing. In a man’s world, there was a motive to suspend Sharapova for longer than she deserved.

The equal-pay issue in tennis and in society has been around for years. Like a lot of societal issues, it’s off and on in terms of when it’s presented as important. I don’t find it coincidental at all that shortly after Sharapova was discredited that the issue made news in March 2016. Raymond Moore, the director of the Indian Wells tournament, claimed that the women tennis players should thank the men, in so many words, for riding on their “coattails.” Then the World No. 1 at the time, Novak Djokovic, somewhat uncharacteristically entered the societal debate: “I think that our men’s tennis world, ATP world, should fight for more because the stats are showing that we have much more spectators (than the WTA).”

Basically, the pay of women tennis players got re-attacked practically as soon as the most successful women’s athlete got discredited. If it’s a man’s world then we can start to see why Sharapova gets suspended four times longer than some males despite the fact that there was something that could be considered relatively mitigating: it takes her out of the picture long term. But even recently, as Sharapova’s suspension comes to a conclusion, she has faced attacks from her fellow WTA players.

Caroline ‘Hasn’t-won-a-Grand-Slam’ Wozniacki, for example, didn’t like that Sharapova got a Wild Card into Stuttgart this week.

“I feel like when a player is banned for drugs,” Wozniacki stated in March, “…that someone should start from the bottom and fight their way back, because it’s different from an injury.”

Could be that Wozniacki just wants Sharapova out of the picture for as long as possible to keep the draws weak. Sharapova not getting Wild Cards would slow down the Russian’s attempt to rise in the rankings again.

Agnieszka ‘Admits-she-sucks-on-clay’ Radwanska made a similar comment as Wozniacki. Referring to Wild-Card entries she said, “This kind of entry into the tournament should be available only for players who were dropped in the ranking due to injury, illness or other random accident.”

“Not for those suspended for doping,” she said. “Maria should rebuild her career in a different way, beginning with smaller events.”

Again, there is a motive for Radwanska to have that opinion: it keeps a competitor out of the picture for a while longer.

But Wozniacki and Radwanska are way off here because it’s like they are comparing Wild Cards to protected rankings. The latter can be used when a player returns from injury or maternity leave or some kind of understandable absence. For instance, when Victoria Azarenka returns to tour her entry into tournaments will be based on who she was before she went on leave, not the no-ranking player she is now and will be when she returns due to the missed time.

Wild Cards, on the other hand, have absolutely no merit other than how the recipients are expected to help market the tournament. They pretty much go to players that don’t have a high enough ranking to get into a draw, but that can be expected to make a tournament more interesting to the fans. In many cases (but not all), being a national of the host country is a big part of getting a Wild Card, because nationals stimulate local interest.

If, for example, American Andre Agassi wanted a Wild Card into ATP Atlanta 2017 then he’d probably get it at the ripe old age of 47. Don’t believe me? Former World No. 1 and Austrian Thomas Muster got into ATP Vienna 2011 with a Wild Card at the nimble age of 44. It’s not ranking merit that gets you Wild Cards, it’s how you help drive ticket sales, TV ratings, and media coverage.

If you think Sharapova’s suspension was fair then your attitude should now be that she served her time. That would mean that she’s entitled to Wild Cards based on her marketability merit, just as other Wild Cards are.

But as I see it, the suspension was about 6 to 9 months too long. When Radwanska and Wozniacki try to attack Sharapova’s eligibility for Wild-Card entry into events they are very much trying to punish her for something she’s already been over-punished for. I definitely mean to stir up the flares of the feminists when I say this: the pro men’s tennis contingent probably love how the WTA players are against one another on the Sharapova issue. It’s called divide and conquer, and the women are losing here.

In my view, the optimal solution would be if Sharapova was compensated for the time above three to six months that she was unfairly suspended for. In the world of banned substances, using meldonium in January 2016 when it was perfectly legal in December 2015 wasn’t that bad. If you are at all attuned to sports then we’ve seen a lot worse get a whole lot less.

However, “optimal” doesn’t mean “realistic” and, in a time frame when women’s tennis is being attacked, no one’s going to apologize to Sharapova for over-suspending her. Therefore, instead of what’s “optimal”, maybe we should go with what’s realistic.

What’s realistic now is that everyone gets off of Sharapova’s back. If you think her suspension was fair, then it’s served, and she’s entitled to equal treatment in professional sports now. That means if a tournament organizer wants to spend a Wild Card on her then, whether you like Wild Cards or not, that’s just the way of the business. You don’t serve a suspension and then face double standards afterward: the suspension paid (or overpaid) for what Sharapova did.