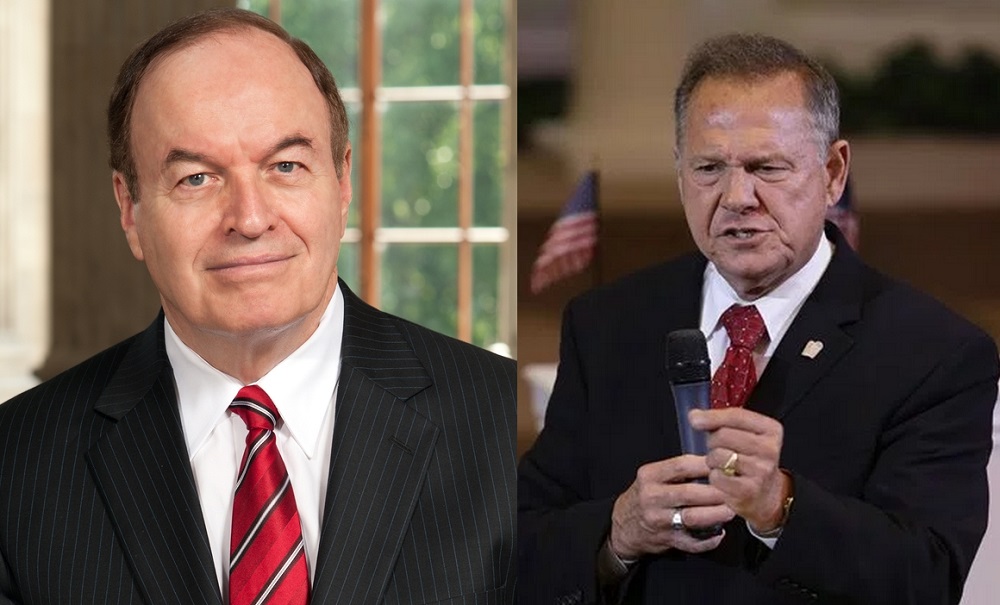 Polling for the Alabama special Senate election is all over the board, many residents are proudly stating that they’ll be voting for controversial Republican Roy Moore, but Sen. Richard Shelby has already cast his vote and it wasn’t for the candidate with child molestation accusations against him.

In his sternest rebuke yet, Alabama Sen. Richard Shelby said repeatedly Sunday his state can “do better” than electing fellow Republican Roy Moore to the U.S. Senate, making clear that a write-in candidate was far preferable to a man accused of sexual misconduct.

Days before the pivotal race, Shelby, who is Alabama’s senior senator, said he had already cast an absentee ballot for another, unspecified Republican, even as other prominent state Republicans fell in line behind Moore.

“The state of Alabama deserves better,” he said.

“There’s a lot of smoke,” Shelby said of Moore and his accusers. “Got to be some fire somewhere.”

The accusations against Moore have left many GOP voters and leaders in a quandary. Voters face the decision of whether to vote for Moore, accused of sexual misconduct with teenagers decades ago when he was a county prosecutor, or sending Jones to Washington, which would narrow the GOP’s already precarious majority in the Senate.

They also could write in a name on their ballots or simply stay home. Meanwhile, most GOP politicians in the state must run for re-election next year — where they will face Moore’s enthusiastic voting base at the polls.

Shelby said allegations that Moore had molested a 14-year-girl, in particular, were a “tipping point” in disqualifying him. His latest comments cast fresh doubt on a former judge that President Donald Trump and most Republican leaders in Alabama are backing to help maintain the party’s narrow 52-48 majority in the Senate.

Shelby’s outspokenness against a man who could become his colleague was the exception rather than the rule.

“I have stated both publicly and privately over the last month that unless these allegations were proven to be true I would continue to plan to vote for the Republican nominee, Judge Roy Moore,” Alabama Secretary of State John Merrill wrote in a text message to media outlets. “I have already cast my absentee ballot, and I voted for Judge Moore.”

The AP tried to find out how Republican leaders from Alabama plan to vote. Most officeholders or their staffs responded, while others have publicly stated their plans during public appearances or to other media outlets.

However, several officeholders did not respond to calls, emails or texts from the AP. They include U.S. Reps. Martha Roby, Mike Rogers, and Gary Palmer, as well as state Treasurer Young Boozer and state House Speaker Mac McCutcheon.

State officeholders who said they intended to vote for Moore often cited the need to keep the seat in Republican hands.

Shelby’s decision has played prominently in Jones ads pointing out Republicans who are not voting for their party’s nominee.

On Sunday, Shelby acknowledged that if Moore is elected, he would probably have to be seated in the Senate but that an Ethics Committee investigation has already been contemplated to remove him. “I think that the Senate has to look at who is fit to serve in the Senate,” he said.

CNN reported last month that U.S. Rep. Bradley Byrne said he will vote Republican and that he does not cast write-in votes. In a statement to the AP, Byrne said it is up to voters to decide.

“Some serious allegations have been made and Judge Moore has vehemently denied them. Frankly, I don’t think the people of Alabama want me, any national politician, or the national news media telling them what to think or how to vote,” Byrne said in the statement. “The decision is ultimately up to the people of Alabama to evaluate the information they have before them and make an informed decision. We must respect the voters’ decision.”

Sen. Luther Strange, who lost to Moore in the Republican primary, did not respond to a request for comment from AP, but told The Washington Post recently that the election is up to voters.

“I’m staying out of it now. I think everybody knows how I feel about Judge Moore. We made our case and the voters made a different decision,” Strange told the newspaper in a video on its website.

Sessions, who resigned from the Senate to join the Trump administration, declined to say how he would vote. Moore and Jones are competing for his old job.

“There have been some ads that may have suggested I endorsed a candidate, that is not so,” Sessions said. “I believe that the people of Alabama will make their own decision.”

State party loyalty rules could prohibit a GOP politician, or someone who aspires to be one, from publicly backing Moore’s opponent. The rule says anyone who openly supports another party’s nominee over a Republican could be barred from running as a Republican in the future.

Ivey became governor earlier this year after Robert Bentley resigned amid a sex scandal involving a much younger female political aide. When reached by the AP, Bentley declined to say who he is voting for Tuesday.

Ivey said last month that she has no reason to disbelieve the women who have accused Moore and is bothered by their allegations. But Ivey, who plans to run for governor in 2018, said she will vote for Moore anyway for the sake of GOP power in Congress. Her office did not respond to a request for an updated comment. 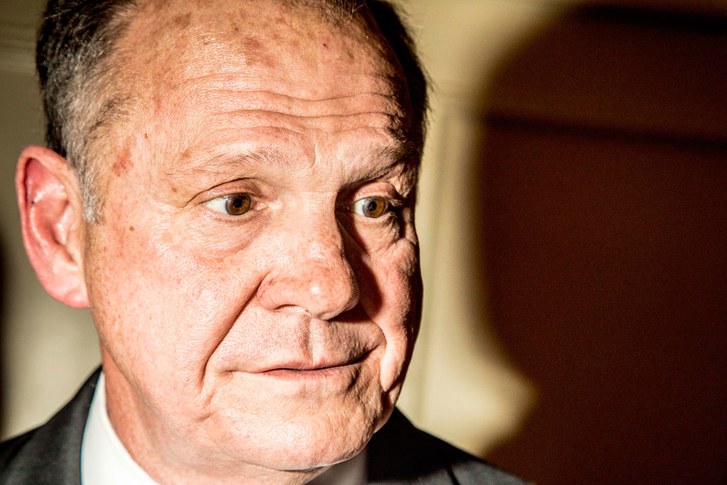 Alabama Republican Senate candidate Roy Moore has given contradictory accounts about knowing women who say Moore pursued them romantically when they were teenagers and he was in his 30s.

Moore’s Senate campaign has been roiled by accusations that he sexually assaulted a 14 and a 16-year-old when he was a deputy district attorney in his 30s and dated, or tried to date, several other women between the ages of 16 and 18. Moore has denied the assault and misconduct allegations, but made conflicting statements about dating teens as a man in his 30s.

Moore said twice last week in campaign stops that he did not “know any of these women.” He did not list their names but at one stop said their faces were appearing on his opponent’s advertisements. Democrat Doug Jones has run advertisements with the photos of all of the women who have accused Moore.

“These allegations are completely false. They’re malicious. Specially, I do not know any of these women, nor have I ever engaged in sexual misconduct with anyone,” Moore said in a campaign stop in Henagar, Alabama.

WHAT HIS ACCUSERS SAID:

The Washington Post , which reported the initial allegations against Moore, said Gibson has a card she said Moore signed congratulating her on graduating high school. Gibson said she dated Moore when she was 17 and that he asked her out after speaking to her high school civics class. Gibson showed a handwritten notation in a memory book about their first date in 1981 before she graduated high school. She wrote they went to Catfish Cabin and that it was “great,” underlined twice.

“He called me a liar,” Gibson, who had campaigned for Moore during one of his early runs for local judge, told the newspaper. “Roy Moore made an egregious mistake to attack that one thing — my integrity.”

Paula Corbia, an attorney representing Deason, who said Moore dated her when she was 18, told the newspaper that Deason has vivid memories of dating Moore, down to restaurants they went to and a dress she wore.

Moore has consistently denied an accusation by Leigh Corfman, who said Moore touched her sexually when she was 14.

Corfman in a letter provided to media outlets, responded to Moore’s denials and wrote that Moore should “stop calling me a liar and attacking my character.”

“I am telling the truth, and you should have the decency to admit it and apologize,” Corfman wrote.

WHAT HIS CAMPAIGN SAID:

A campaign spokeswoman said Monday that when Moore said “any”, he only meant the women who had accused him of sexual assault.

“Roy Moore already said he knew Debbie Wesson and her family but did not recall any formal dates. Furthermore, when he stated that he did not know any of the women, he was referring to those who accused him of sexual assault,” Moore spokeswoman Hannah Ford said.

Moore had previously issued an open letter to Hannity saying he never dated “underage” women. The letter did not define underage. A campaign spokeswoman declined to clarify, saying the judge’s words spoke for themselves.