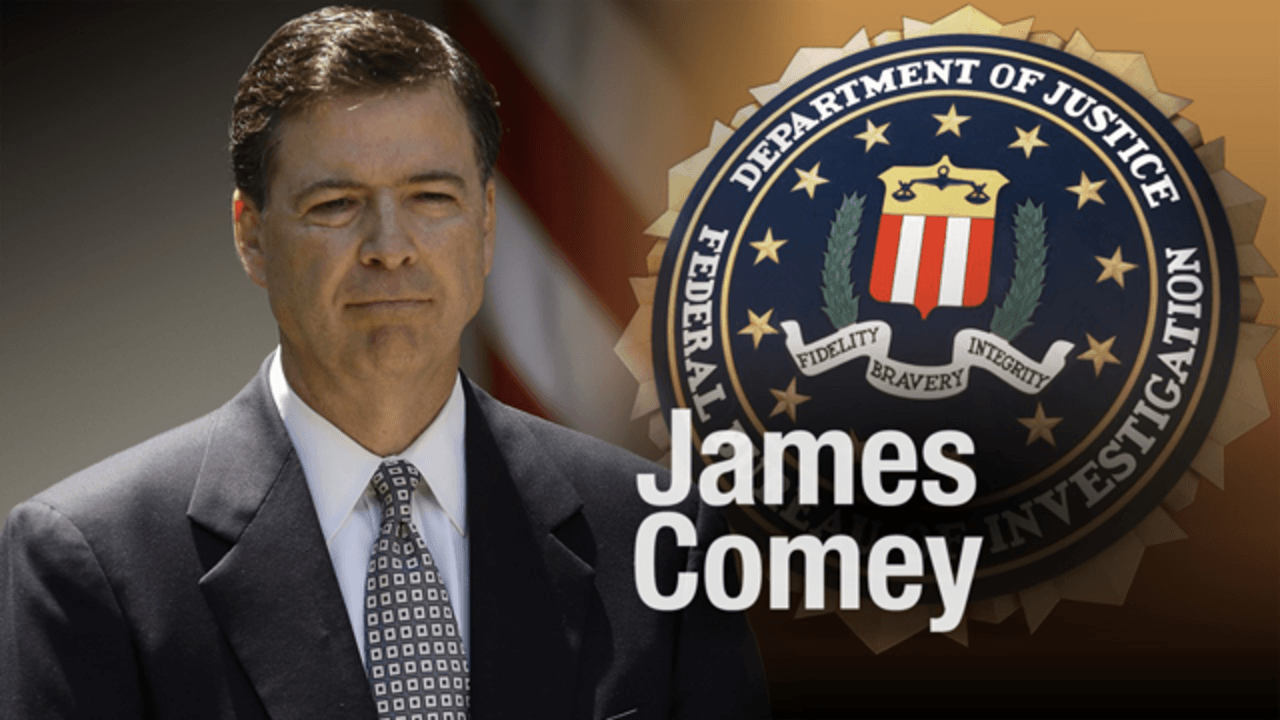 James Comey has begun to answer back to Donald Trump‘s slams on his reputation, and the former FBI Director has let it be known that he will only testify in front of Congress if it’s a public hearing.

Comey recently declined an invitation from the Senate Intelligence Committee to speak in a closed-door session next Tuesday. The New York Times has reported that if he’s going to speak about both the Russia probe and being fired by Donald Trump, he wants to make sure Americans know the facts from his side.

President Donald Trump’s firing of FBI Director James Comey this week was one thing. Then came a series of tweets and public statements that raised troubling questions about the real motives for Comey’s ouster. One seemed to come close to being a threat against the dismissed FBI chief.

Some of the words and deeds may simply constitute ugly public optics. Others blow away long-established norms of presidential behavior, and experts say they approach limits of legally permissible conduct. Establishing an actual criminal violation may be a long shot, though a lower threshold exists for impeachment proceedings for what the Constitution describes as high crimes and misdemeanors.

“At the end of the day, it doesn’t matter if it’s illegal or not. It just matters that the president is brushing up against these lines,” said Stephen Vladeck, a University of Texas at Austin national security law professor.

Here’s a look at some of Trump’s actions and remarks this week:

Q: WAS IT ACCEPTABLE TO FIRE COMEY?

A: Though it happened only once before, when President Bill Clinton sacked William Sessions in 1993, there’s no question that the president is empowered to fire an FBI director before the conclusion of his or her 10-year term.

The initial White House rationale was that Trump acted on the recommendation of the Justice Department’s top two officials. Deputy Attorney General Rod Rosenstein produced a memo that cited as justification Comey’s handling of the Hillary Clinton email investigation and his insistence that he would have done things the same way if he had another opportunity.

The explanation rapidly shifted when Trump told NBC News he had long wanted to fire Comey, calling him a “showboat.” The president and White House officials have also professed frustration with an investigation into possible collusion between Russia and Trump’s presidential campaign, which Comey as FBI director was leading.

“It’s not that he fired his FBI director,” Vladeck said. “It’s that he and his team completely screwed up how they did it.”

Added Michael Gerhardt, a constitutional law professor at the University of North Carolina at Chapel Hill, “The tweets that follow it and the statements from the president that have followed it have raised concerns about whether it might be an abuse of power.”

Q: TRUMP CLAIMS HE ASKED COMEY IF HE WAS UNDER INVESTIGATION AND COMEY SAID NO. IF THAT ACTUALLY HAPPENED, IS THAT OK?

A: “It’s a violation of a dozen norms that have historically insulated the FBI and the Justice Department from White House interference,” though not illegal, Vladeck said.

There’s nothing particularly unusual about someone directly, or through a lawyer, asking the FBI or Justice Department if they’re the subject of an investigation. But it’s certainly not common for the president to discuss with the FBI the specifics of an ongoing probe, much less one involving his campaign and associates.

The FBI has not confirmed any such requests. While acting Director Andrew McCabe wouldn’t tell Congress on Thursday what Comey did or didn’t say, he seemed to imply Trump’s account was not wholly accurate.

“I’m not aware of that being a standard practice,” McCabe said of an FBI director hypothetically telling the president or anyone else if they’re the target of an investigation.

Q: TRUMP HAS CONVEYED FRUSTRATION WITH “THIS RUSSIA THING” AND HAS DISMISSED THE INVESTIGATION AS A HOAX. WHAT IF IT TURNS OUT THAT HE FIRED COMEY TO IMPEDE THE ONGOING PROBE?

A: Such a scenario would be challenging to prove, but if it could ever be established, that would be highly problematic for the president.

A felony obstruction of justice criminalizes a wide range of activities. These include influencing a juror, destroying records, obstructing court orders or tampering with a witness.

“If there was an effort to use presidential power to thwart an investigation, that is another way of describing obstruction of justice,” Gerhardt said.

Q: ASSOCIATES OF COMEY HAVE SAID TRUMP SOUGHT A PLEDGE OF LOYALTY FROM COMEY, AND THAT COMEY OFFERED HIS HONESTY INSTEAD. CAN A PRESIDENT INSIST ON LOYALTY FROM HIS FBI DIRECTOR?

A: The demand would be highly inadvisable.

Federal government employees are expected to be loyal to the Constitution, not to the president or any other individual.

FBI directors are presidential appointments, but their 10-year terms are meant to ensure they’re above the political fray and not beholden to a particular party or leader.

Q: WHAT ABOUT TRUMP’S TWEET FRIDAY MORNING THAT “JAMES COMEY BETTER HOPE THAT THERE ARE NO ‘TAPES’ OF OUR CONVERSATIONS BEFORE HE STARTS LEAKING TO THE PRESS”?

A: The tweet is potentially problematic, whether such tapes exist or not. (The White House hasn’t produced evidence of tapes.)

It’s a clear violation of federal criminal law to intimidate someone who might testify against you, which could ostensibly include Comey if he agrees to testify before Congress about the Russia investigation.