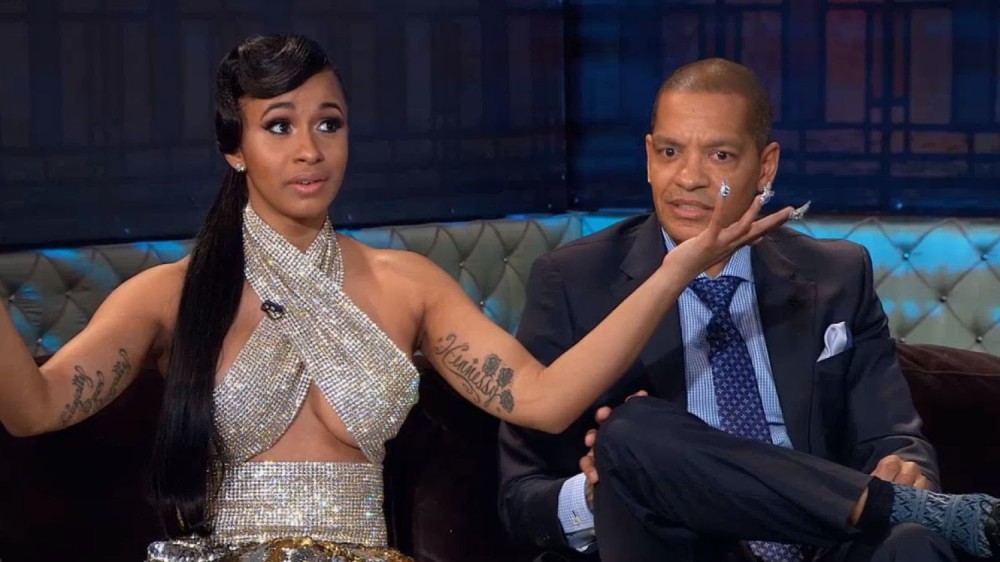 Love & Hip Hop New York knows how to deliver the madness and in the second part of the reunion, it was all the way live.

It starts off with a clash of the preggos as Amina and Tara go back and forth about each other’s intentions. I just wish these women realized how stupid they look. Yes, this is a judgment because come on; despite what Tara says, the chick got pregnant to get back at Amina AND because she still wants Peter. Amina got pregnant AGAIN after getting an abortion and saying that she didn’t want to bring a baby into her fucked up ass relationship to get back at Tara. How do you get back at the other woman by getting pregnant? It’s unbelievable. No matter how much Tara wants to blame Amina for “breaking up her family,” the fault lies on Peter because no woman can break up anything unless a man lets her. How can they not see that? But I digress

Cardi B makes a good point and reads the hell out of Peter during part two of the reunion, and the creep squad leader doesn’t like it. As the Instagram star gives her two cents on how to use men and get what you want out of them, Peter interjects himself into the conversation by saying, “that’s hoeing.” She goes off on him and says what everyone else has been saying about Peter and his womanizing ways. While he is used to manipulating women and turning shit around on them, he can’t do that with Cardi B. She lets him know, and I love it. She has won me over. I am a fan. Even when he says “I don’t know if one of them butt shots leaked into your bloodstream” Cardi comes back with “Well thank God none of your shit is in my blood stream cause I be damned.” Killed him, do you hear me? Killed him. 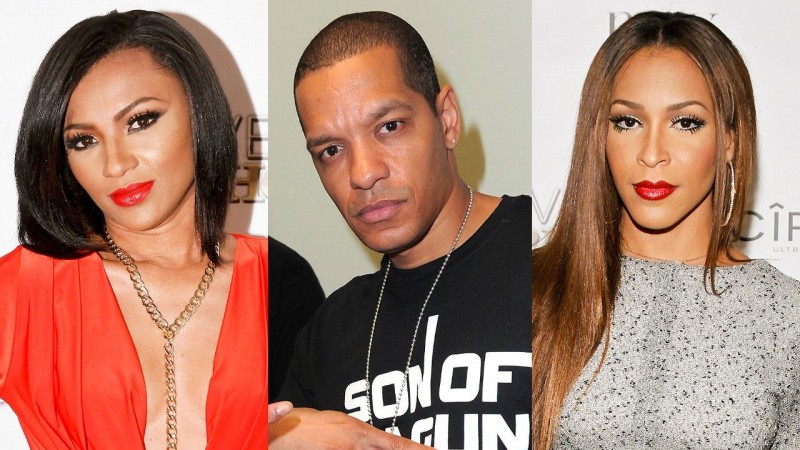 Then there is Self and ugh, why does he always have a smile on his face when questioned about his cheating ways? Why do these women allow these men to make a fool of them? Cardi B tells the truth yet again confirming that Self ain’t shit. Apparently she popped off on Yorma at Mariah Lynn’s party because she was looking at her wondering why this girl thought she was “the one.” According to Cardi B, Self has all kinds of p@##* coming at him from all angles so who the hell is Yorma? Rose, the clothing store owner he was messing with, is also on the couch, and she’s still throwing shade at Yorma, whack! Self is such an ass as he maintains that Rose kissed him, and it’s rude to interrupt people. Then when Nina asks him if he had sex with her while he was in “limbo” with Yorma, this loser says, “I don’t remember.”

Now, one of the most shocking segments on the reunion involves Yandy Smith and Mendeecees’ baby momma Samantha. I know I am not the only one who thought these two women in his life got along. Well, Sam does not hold back during the reunion. She and her mother Kim, accuse Yandy of being fake, overstepping her boundaries with little Mendeecees and thinking that she is better than them. Judy, Mendeecees mother, sits with Yandy, and she’s not having it. Especially when Kim says that Yandy doesn’t take care of her other children because she’s too busy. Everything Sam and her mother say is a shock to Yandy and by the end of their time on the couch, security is on stage because Kim and Judy are trying to kill each other. Through it all, Yandy keeps her cool all while throwing shade at Samantha. If you’re going to shade someone, subtly is key. Yandy doesn’t get hype nor raises her voice, but she does let her know.

At the end of the episode, Remy performs her new single “Hands Up” and it’s cool. Pap says “she’s like fine wine, she got even better.” You have got to love him because this man is truly, madly deeply in love with Remy.

After showing highlights of this season, Nina goes around and asks if anyone has any last comments. Cardi B and Peter apologize to each other (even though she hit the nail on the head). The only other person that comments is Rich. He proclaims his love for Moniece of Love and Hip Hop Hollywood (LHHH) saying, “I’m going to get my girl.” I don’t know why that was his last comment but hey, I guess we’ll see him on LHHH next season.

Well, people, that’s it for Love & Hip Hop New York. Get ready to take it down south with the newest season of Love and Hip Hop Atlanta premiering next week.