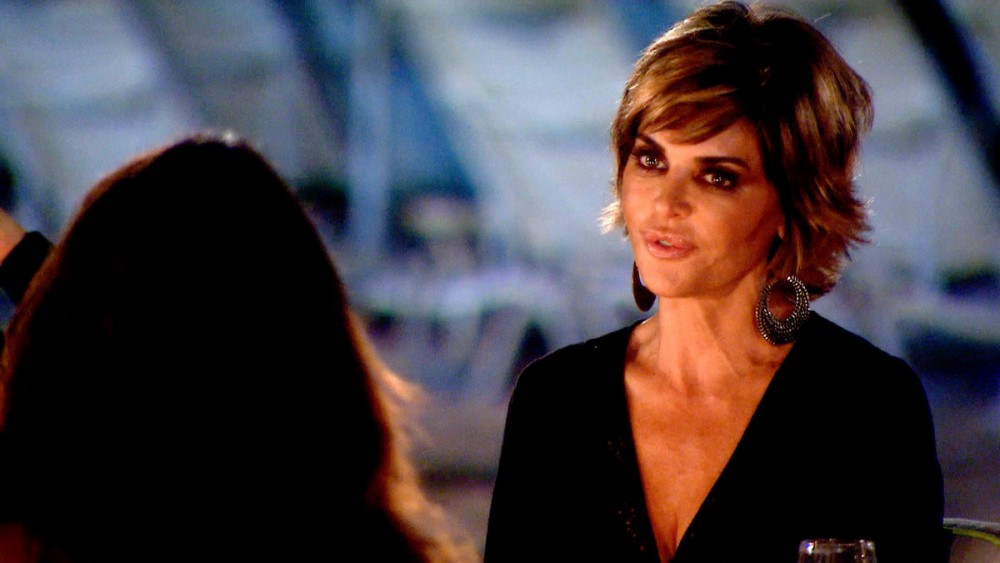 The ladies Dubai vacation continued on this week’s episode of Real Housewives of Beverly Hills “Dubai Daze.” While taking in the new scenery, the women go on a sand dune adventure, enjoy some local food and of course, do some shopping. Meanwhile, the drama continues between Lisa Rinna and several of the other cast members.

The episode begins with all of the housewives breaking up into groups, as they all venture off to do different activities. Lisa Vanderpump and Kyle Richards decide to go swimming with sea lions, while Eileen Davidson and Erika hit up the aquarium and Lisa R. and Kathryn head to the spa.

While on their outing, Erika and Eileen end up talking about Lisa R.’s controversy surrounding Yolanda’s illness. Erika questions if Lisa’s skepticism stems from an underlying dislike for Yolanda. Eileen claims that she truly doesn’t know, but she also doesn’t want to be the one to tell Lisa that she is wrong for having the “feelings” she does.

In typical housewife fashion, Eileen proceeds to go and talk to Lisa R. about her conversation with Erika. She tells her that Erika was questioning some of the things she had said about Yolanda during dinner the previous night. Eileen then explains, “You express the feelings you share with me with others. I feel like I get the full story and then you kind of hold back when it comes to telling the group how you feel.” Lisa responds by stating that she doesn’t feel comfortable opening up to everyone, but she does with Eileen because she “trusts” her.

After a full day of activity, including a tour of the desert and an encounter with a falcon, the ladies head to a traditional Dubai dinner. Here drama ensues when Lisa R. brings up the conversation she had with Eileen earlier. Erika expresses her feelings, stating that she doesn’t understand why Lisa R. has so much anger towards Yolanda. This triggers some conflict between the two ladies, as the conversation briefly diverts to being about how Lisa’s preconceived notions about Erika. In confessional Erika ironically points out, “This b**** posed twice for Playboy and now she’s trying to get at me in the desert. Girl really? Stop.”

Inevitably, the conversation soon comes back to being about Yolanda – specifically the whole Munchausen controversy. Lisa confronts Lisa V. by asking her why she and Kyle never owned up to being apart of the whole speculation. Lisa V. defends herself and claims that she never said Kyle had any involvement in the controversy. This prompts Lisa R. to flip out and in confession states, “I see now what Eileen was talking about, and I see clearly the manipulations of Lisa V. Never have I had someone lie to my face so blatantly. “

The next day the ladies enjoy some shopping at a local market. In addition, Lisa R., Eileen and Kyle go out for lunch together. Here, Lisa R. explains the conversation she had with Lisa V. the other night about her and Kyle’s involvement in the whole Munchausen controversy. Kyle kind of plays off the whole topic, but Lisa R. is evidently not ready to just let things go. She goes on to state that the fact that although Lisa V. may not be “as strong as everyone thinks,” it doesn’t give her the right to “let others take the blame.” 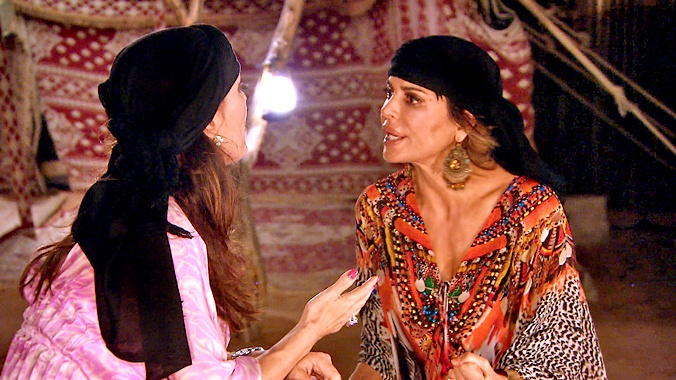 After the lunch Lisa R. once again turns to Eileen to vent about her situation. Eileen ends up confessing that Kyle told her that she warned Lisa V. about dragging her into all the drama, as she would bring her down with her. Shocked, Lisa bluntly says, “I am tired of being the scapegoat.”

Towards the end of the episode, all of the ladies once again reunite. Inevitably, Lisa R. can’t help but explain her feelings, as there is obvious tension amongst the whole cast. First, Lisa R. accuses Lisa V. of “[rewriting] the truth” and once again states that both her and Kyle are guilty of voicing skepticism about Yolanda’s condition.

Immediately Lisa V. tries to defend herself, but then seemingly backtracks by exclaiming,  “the truth is the truth, and I am not going down alone for this.” This is when Kyle jumps in and questions why she is being dragged into the drama. Kyle then gets emotional, as she continues to express confusion on why she is getting attacked by Lisa R. and seemingly thrown under the bus by Lisa V. Meanwhile, Kathryn confesses that she understands that both sides feel as though they are telling the truth. However, neither side has really convinced anyone they are actually doing so.

Eileen decides to step in to the drama, however, goes about it in probably the worst way possible. She proceeds to once again bring up Lisa V.’s questioning of her affair (which happened a few episodes back). She uses this as an example of Lisa “never [owning her] mistakes.” She goes on to advise Lisa, “You just need to step up and apologize.” Evidently at this point, Eileen has chosen to take Lisa R.’s side of the whole argument and clearly believes that Lisa V., at least, has some apologizing to do (to both her and Lisa R.).

Unsurprisingly Eileen’s dredging of the past annoys Lisa V. Kathryn explains the whole dynamic between Lisa and the other ladies the best, as she confesses, “I think it is a cultural thing and that when Lisa V. says I’m sorry it is not the warm and fuzzies that Eileen wants.”

Ultimately the drama continues to spiral until Kyle, who clearly has had enough, flat out says, “You are looking for Lisa V. to admit to something that she won’t admit to. Can we just move on?” Although the ladies eventually calm down somewhat, it is safe to assume that it won’t be long before the drama gets brought back to the surface (especially since we are nearing the season finale and they will obviously need some sort of show-stopping fight to end off with).

Moreover, while Yolanda Foster may be back home thinking that Lisa R. is the only one she can be mad at for the Munchausen rumors, it looks as though Lisa V. and Kyle will ultimately be taking some of the heat as well.

You can catch more Real Housewives of Beverly Hills when it returns next Tuesday, April 4 on Bravo.