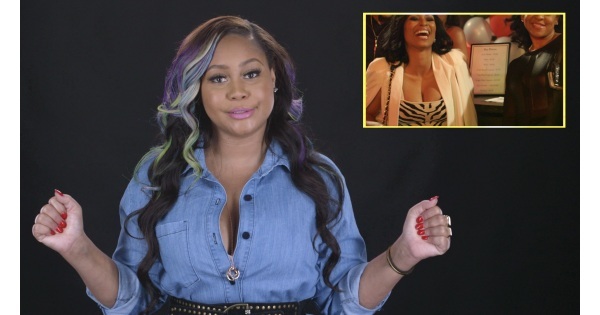 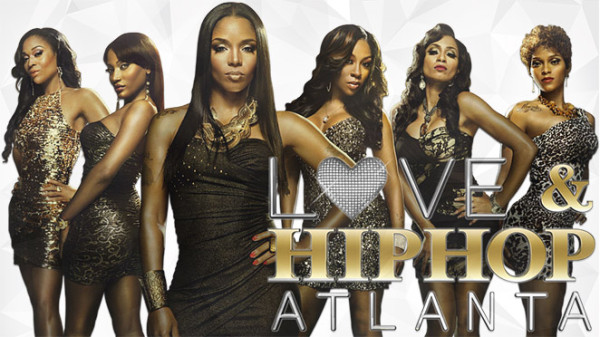 Here we are once again, and “Love and Hip Hop Atlanta” served up all kinds of drama this week.

Kalenna and Tammy pick right back up from last week. Tammy tells her she’s broke and everyone knows it, which causes Kalenna to go all Philly on her. Tammy tells her “the day you swing will be your last one.” Okay little Tammy, because a bitch’s heated discussion with your mother in law warrants you putting your hands on her and going to jail. They get Tammy out of the club and Tony comes over to see what happened. She tells him that shit cray and that it all stemmed from the meeting with Deb. 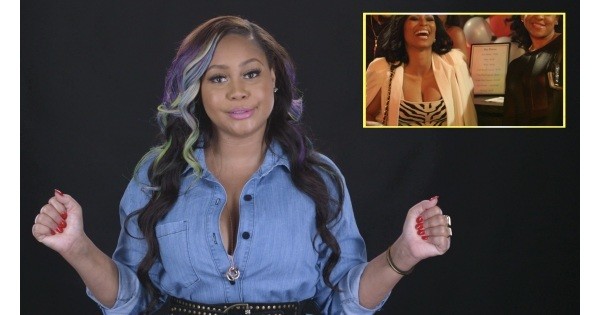 While outside, Rasheeda tries to get to the bottom of what is going on. Tammy gives her the gist and then drops a dime on her that Kalenna called her back when talking about Rasheeda being a bum ass bitch among other things. Of course this does not sit well with Rasheeda and she doesn’t go back into the club, which makes Kalenna wonder where her friend is.

Tony, who is kind of showing up as a husband here, invites his wife to the club to see what’s going on with her and Rasheeda. She tells him what happened at the studio and that she’s done with her. She breaks down crying and I think that what it really going on here for Kalenna is post partum depression. Tony brings that up and tells her to go see a counselor. He comforts her. Awwww.

Scrappy and Erica put their shit behind them for the sake of their daughter’s birthday. She turns ten and has a really nice princess party. She looks so cute in her pink Cinderella dress. Both of her parents are there and it’s just a nice day. Bambi of course is there and she keeps going back and forth in her mind about how she feels when it comes to Scrappy and Erica because the truth is they are a family and it makes her think about having her own family.

This leads her to have a froyo date with Tammy who fills her in on what happened when Kalenna. Bambi then tells her how she feels about everything that’s been going on with Scrappy. She tells her about the key Scrappy gave her to his house and says that it’s not enough. She then tells Tammy that she has been working with a man who has done more for her than Scrappy has… in two years. Okay.

Stevie J is back in Atlanta and is super excited about all that is going on in his life. He meets with his baby momma to let her know that he is moving back to Cali, which does not sit well with Mimi because of their daughter. Aside from that, Mimi tells him that he needs to make things happen for Tiffany Foxx, which he is all about. She gives him an update about Nikko and he agrees that both he and Margo need to find the exit door out of Atlanta. From the look on his face, he has a plan.

He then meets with his boy Daze about his newest endeavor- a magazine. Scrappy also shows up and he tells him about devising a plan to “wreak havoc on those who have done me wrong.” He wants Daze to set up a photo shoot with Margo without her knowing he’s behind it.  Then when Nikko comes up to him, he’s going to  “wrinkle his school clothes.” Oh Stevie J.

In the middle of the photo shoot, guess who shows up… The Good Guy. Margo is not happy and Nikko is trying to calm her down. He says something about Nikko and she gets all up in his face. She just needs to stop. They end up walking out with her demanding $10,000 for the cover.

Then there is Sina and I am not sure why she is even on this fucking show. I mean, what does she do besides have babies. Anyway, this bitch goes to see Karlie at her shop to see how she wants to go about getting back at Kay Dee. She tells her how much of a home wreaker she is to which Karlie agrees. These bitches actually devise a plan to “get back at her” or embarrass her… idk… I do know they need to fucking grow up.

Kalenna meets with Karlie and Joseline and tells her what happened at the club with Tammy. They have all kinds of things to say about Rasheeda and what she did and then it turns to Kay Dee and how Karlie is getting back at her by inviting her to one of her events so that “she can see what time it is.” Karlie also takes the time to announce that she is seeing Lyfe Jennings… Um… O K A Y.

The episode ends with Karlie and her immature ass plot against Kay Dee. The thing about this, they think this is going to get Sina’s family back and her revenge. This is so stupid. It ends with an altercation and the two wash ups ganging up on Joc’s girl, who is not afraid to go head to head by the way.

It is all the way turned up.