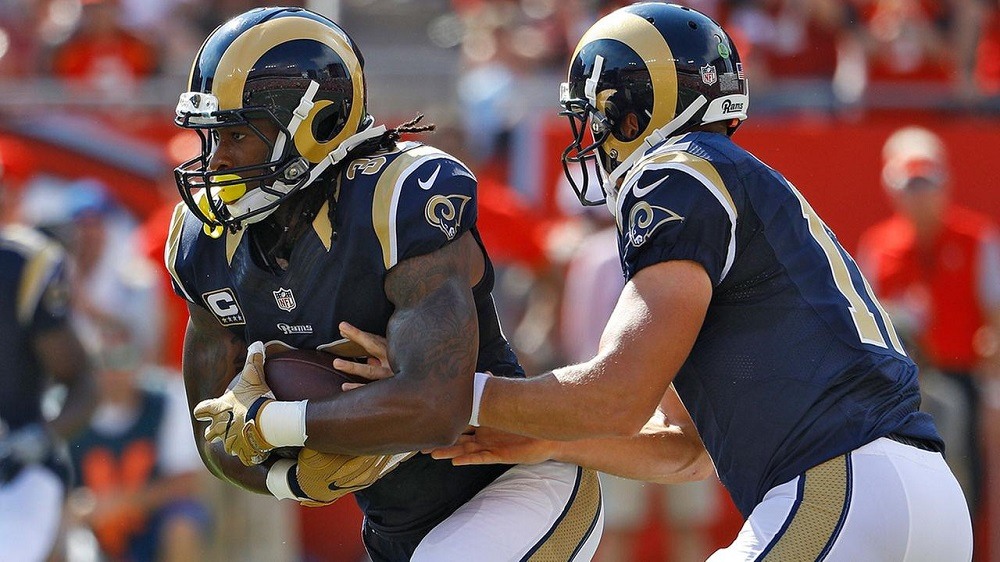 As a welcome back gift, the NFL gave the Los Angeles Rams a season of adventures around the country and a trip halfway around the world—35,952 miles overall. As the Rams try to settle back in L.A., they will be traveling more than any other team this season. The Rams have 4,000 more miles to go than the No. 2 Oakland Raiders and a whole 30,000 more than the Pittsburgh Steelers. In fact, the Rams trip to London alone will put more miles on the team plane than the Steelers entire schedule.

So in a new city with temporary set ups everywhere, new infrastructure, and a new jet, Rams director of football operations Bruce Warwick needs to keep the franchise on-schedule and performing to the best of its ability. A daunting task, but Warwick has a plan.

First, use the LAPD to get them to the airport on time.

Second, get the sleep cycles correct. Back in St. Louis, head coach Jeff Fisher had a sleep specialist, and they still remember his tips on the long trip.

“We had a sleep specialist the last time in here, the last time we went to London. The word around the league is that it’s better to fly overnight than it is to get in during the day. That’s what people believe.”

Finally, Warwick takes it upon himself to plan the team’s trips ahead of time, ensuring that they have some familiarity and sense of home through the move and those long nights when they are miles away from family.

“Because we’ve had so many changes out here—moving out to a new place for training camp, a new facility, any time we can go someplace where we’ve been before, there’s a comfort in that.”

Warwick opts of hotels and areas the team has stayed in the past. With all the new purchases from the move, the team should have plenty of reward and travel points to cash in on.