Home All News Opinion Lil Kim: The devolution of a beautiful black woman 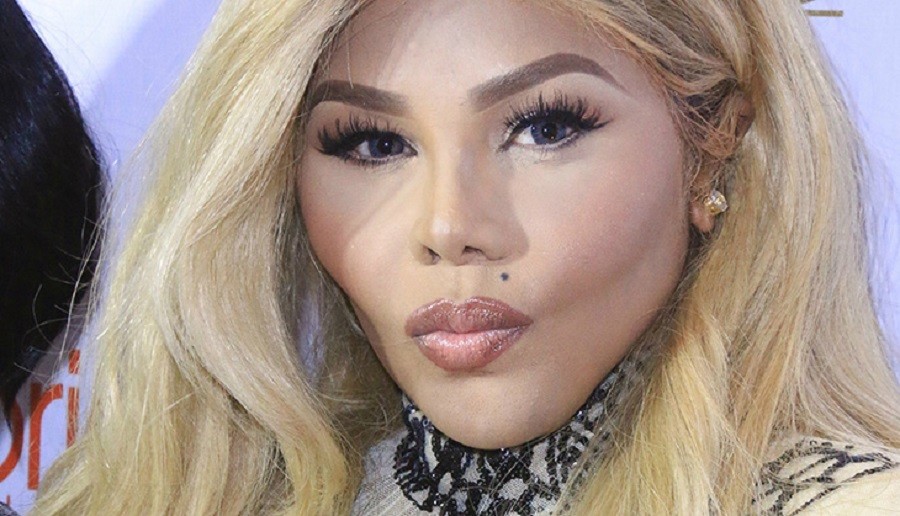 What is really going on in the black community? We deal with a lot of issues, and one of the gravest problems that we face is a rising disturbance of self-hate. Unfortunately, a growing number of black women are the biggest proponents, and it’s not entirely our fault.

There are so many stories about the state of the black woman and why we are, well, a lot of things- angry, ghetto, and lazy. But when you peel back the layers and look below the surface, our battle with loving who we were made to be stems from the need to be accepted by a society that never wanted (and still doesn’t) us in the first place. So why the hell do we try so hard to fit its mold?

That is the cause of Lil Kim’s recent skin bleaching, lightening whatever you want to call it. It all comes down to self-love. It’s a dangerous thing to face, especially when the doubts we have about ourselves come from outside forces. Namely men. As much as women try to break free of the stronghold the opinions of men have on us, many can’t. I am not mad at Lil Kim for, essentially, turning white, I feel very sorry for her.

The images of her new face and hair took the Internet by storm recently. Before, when we saw pictures of her, we speculated that she lightened her skin. But after her last batch of collages which she posted to her Instagram, it is evident the struggle with self-confidence she has faced her entire life got the best of her. She even admitted,

“All my life, men have told me I wasn’t pretty enough – even the men I was dating. And I’d be like, ‘Well, why are you with me, then?’ It’s always been men putting me down just like my dad. To this day when someone says I’m cute, I can’t see it. I don’t see it, no matter what anybody says.”

Men, please understand the power of your words because too often you are the root of a woman’s issues with who she is. Damn the notion that people’s words don’t weigh on other’s self-esteem. They do for a lot of folks. Not everyone has the mental fortitude to combat the bullshit. Those who can’t admit to this truth are either the ones doing the criticizing or are the ones too deeply hurt by the criticism.

I understand how it feels to take a backseat to the preferred societal beauty standard on the regular. I have always been the “thick girl” in my friend circles. During my teenage years and early twenties, my girls were either thin, had big butts, light skinned, hazel eyes, long hair or possessed a combination of these features. My cousins are Amazonian princesses that are model-like in every sense of the word. So I understand the fight it takes to keep your head high and maintain your self-love. I have a lot of empathy for the people who change the way they look with the hopes of fitting into a cookie cutter mold. But the thing is, the need that black folks feel to adhere to the mostly European-influenced beauty standards only feeds into the cycle.

A lot of people want to blame the lack of appreciation for black beauty on white people, and the majority of it does fall on them. Our brown and dark skinned enslaved ancestors seeing light skinned, mixed race fellow slaves favored created a division within the black community that continues to this day. With that, we perpetuate the idea that lighter is better because too many of us have taken ownership of the lie that is now destroying us from within. When you have rappers ONLY speak about “yellow bone passengers” or “red bones” or “light skin,” it communicates to women who don’t fit the mold that they are not worthy.

It is that kind of brainwashing that supports the self-hatred that we see taking place in the world amongst black people, in particular amongst black women. Lil Kim is just one of many who believe that the lighter her skin, the more accepted she will be. And she believed it to the point of acting upon that belief. What example is she setting for her daughter?

This situation is touchy because it involves a woman with a severely warped perception of self. Lil Kim has conditioned her mind into thinking she’s not beautiful, based on her interaction, or lack thereof, with people from whom she sought approval. So calling her dumb or stupid is insensitive and counterintuitive. What she needed was a positive reinforcement of who she is, and clearly, that’s something she never received. But we can make sure other young women don’t fall into the “bright and light” trap.

We have to curtail the epidemic that is erasing black beauty in the world. We have to make a conscious effort to remind our black women, especially the dark/brown skinned ones, that they are enough. Our daughters cannot grow up thinking that all they have to do is bleach their skin, thin their noses and bleach their hair in order to be accepted.

The sad part about all of this is Lil Kim doesn’t even look good. In fact, she looks like the worst of the bait and click on articles about celebrities who had botched plastic surgery.

Let us learn something from her ordeal. Let’s change the way we look at ourselves.