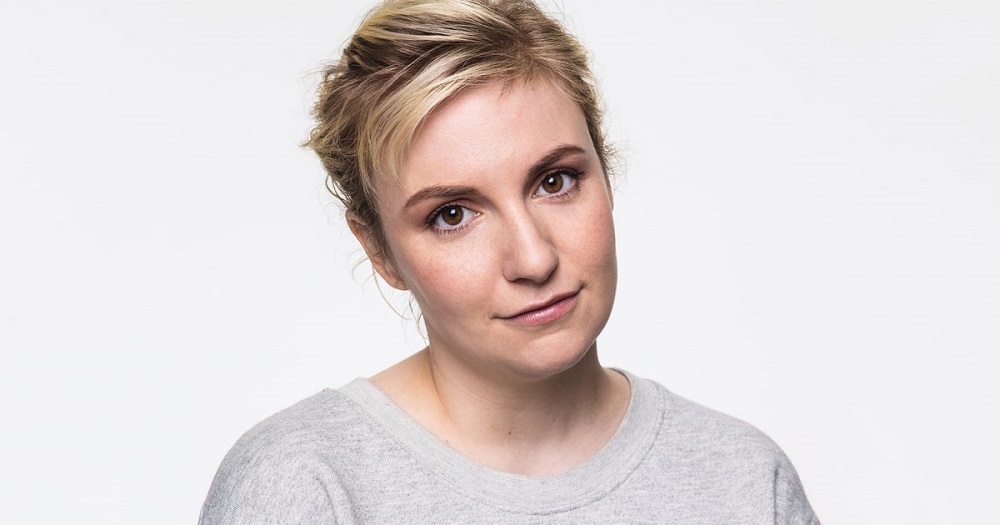 Lena Dunham continues to prove over and over that she is, indeed, not a friend of women. Some might even say she is trash for her recent comments defending a long time Hollywood writer friend who worked on her hugely successful HBO show Girls.

The self-proclaimed feminist and overly privileged Hollywood starlet is no stranger to controversy. From writing a book and outlining how she, essentially, molested her younger sister to all but demanding that a black man give her the time of day at the annual Met Gala, her oblivion and blatant disrespect concerning the most important issues facing marginalized groups in America reeks of someone who has never dealt with issues beyond the scope of her elite world. Her recent support of accused rapist Murray Miller is what rape culture is made of today.

Upon learning that actress Aurora Perrineau, daughter of Lost star Harold Perrineau (the black guy who played Michael Dawson), reported that she was raped by Miller, who served as an executive producer and a writer on Girls, Dunham felt the need to make a co-statement with fellow Girls actress Jenni Konner, addressing the situation. But in doing so, she dismissed Perrineau altogether, stating that she’s “confident” the victim got it wrong. Here is the statement in its entirety.

“During the windfall of deeply necessary accusations over the last few months in Hollywood, we have been thrilled to see so many women’s voices heard and dark experiences in this industry justified. It’s a hugely important time of change and, like every feminist in Hollywood and beyond, we celebrate,” the two say. “But during every time of change there are also incidences of the culture, in its enthusiasm and zeal, taking down the wrong targets.

“We believe, having worked closely with him for more than half a decade, that this is the case with Murray Miller. While our first instinct is to listen to every woman’s story, our insider knowledge of Murray’s situation makes us confident that sadly this accusation is one of the 3% of assault cases that are misreported every year. It is a true shame to add to that number, as outside of Hollywood women still struggle to be believed. We stand by Murray and this is all we’ll be saying about this issue.”

In the words of my fellow black writers, Lena Dunham has been canceled for many years now. If it is not the fact that her show was a predominately self-loathing narrative of white womanhood with no real cross-cultural relevance then it is the way she projects her ideals into the world thinking that what she has to say is remotely valid. The girl was born and raised in the industry and was all but given the chance to create a show because of whom her parents are. All of that and more makes it seemingly impossible for her to be a person of substance. She has no depth and everything is, without a doubt, about Lena. How can we really expect her to put herself in someone else’s shoes ever?

Dunham and Konner are “confident” that Perrineau is lying. I guess they were there and saw the whole thing. How dare they say with such certainty that something this serious did not happen? Dunham’s statement is reminiscent of white male privilege in how absolute her saying that it is all a misunderstanding is; like her words are the final say on the matter. She is totally ignoring the traumatic experience of a woman who had the courage to come forth and say what happened to her. Dunham is saying that the girl lied simply because she worked with Murray for more than half a decade and has “insider knowledge of Murray’s situation.” Bullshit.

It is women like her that help perpetuates rape culture. They are the ones that position themselves as individuals who are not pretty enough, who are too frumpy looking, and too – fill in the blank – to ever have to deal with unwanted sexual behavior. They are the first to call bullshit on these kinds of situations. Dunham has said in the past many times how her own feelings of insecurity have been a driving factor in her life. For her to dismiss this very serious charge as someone who proclaims to believe in a movement that is supposed to celebrate and protect women shows that she is a fraud and that her view of feminism, girl power, and what it means to be a woman, in general, is warped. Females like her are the very reason that victims do not come forth. How is it that a “feminist” is the first one to throw a stone at an alleged victim of sexual assault?

I am beyond disgusted by her gutsy, compassionless, and bold statement. I am also equally disgusted that in the midst of badmouthing another woman Dunham is also dropping statistics about sexual assault against women, as a way to, I don’t know, make it seem less damning. I am not sure why she felt the need to say something at all, (actually I am sure – privilege) but she should have kept quiet. She probably said something because Murray Miller begged her to defend him in the hopes that her reputation is enough to keep the heat off of him. Side note, it’s not.