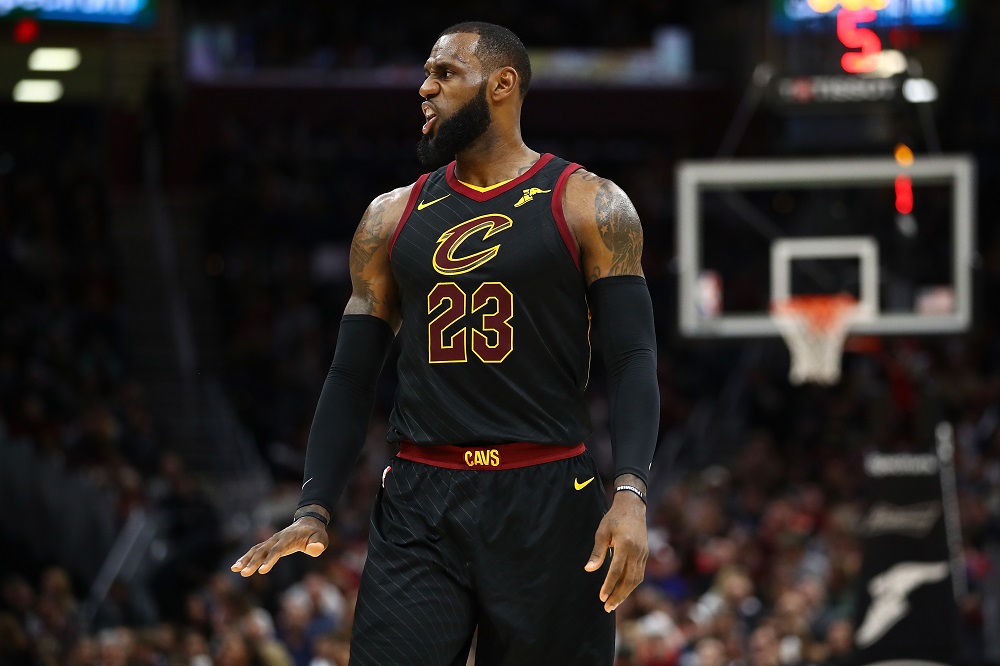 With a second NBA Finals loss to the Golden State Warriors in three seasons, LeBron James dropped to 3-5 for his career in the Finals. Three wins. Three big, shiny rings. And five almosts. Five second bests.

It’s been established that losing the Super Bowl feels a lot worse than winning it feels good, and I have to imagine the adage carries over and applies to the NBA Finals as well. Each loss more devastating than the last. So, how does LeBron sleep at night with those runner-up seasons in the back of his mind? Does it keep him staring at the ceiling lost in thought for hours on end?

What about specific moments? Like in Game 3 when LeBron gave Kevin Durant too much space and KD capped the Warriors 11-0 run to erase the Cleveland Cavaliers lead and win the game? Did that bother him?

LeBron has bigger things to worry about. I’m sure the first loss he ever suffered in the Finals hurt for a while, but LeBron is older, more experienced, and wiser now. He has a great life off the court. So why lose the sleep?

“What’s going to stick with me is seeing my daughter smile, seeing my kids graduate high school, college. Hopefully, my daughter will off and meet the man of her dreams. That’s what’s going to stick with me. I keep telling you all, these games and wins and losses, yeah, I love it, but it’s not the be all and end all for me. So, I’ve had so many moments in this game that I’m going to cherish. But Game 3 here in the Finals or a game there, I’m good. I don’t lose sleep anymore.”

On the flip side of that same moment is Durant, who enjoyed it very much. To KD, it was like LeBron was “passing the torch.”

“That was the best moment I ever had,” said Durant. “I made the game-winning shot in the Finals against my f–king idol. Somebody that I really, really, really, followed since I was a ninth-grade high schooler.”

Of course, LeBron doesn’t see it that way. In LeBron’s eyes, Durant has been a great player. For Durant, however, there was a bit of extra sweetness in that shot. After all, James ruined Durant’s first career trip to the NBA Finals in 2012 when the Miami Heat topped the Oklahoma City Thunder, giving LeBron his first championship ring.

As far as LeBron is concerned, Durant is a great player, but nothing passed. James, instead, insists that there’s no such thing as “now” or “next.”

“I don’t think it’s changed,” said James. “He’s always kind of been the guy that has an opportunity to be next. I don’t want to say ‘next.’ How many seasons is it for KD? It’s not even like he’s next. He’s been here. He’s been doing it at a high level for so long. So it’s not even next or now or whatever the case may be. He’s one of the best players that we have in the world, and he’s proven that over and over again. So, it’s not even next or now, it’s like, he’s here. He doesn’t have to prove himself to anybody.”

That doesn’t change the fact that LeBron is still the best player in the world. Sure, he needs help to win, but if you put James on the OKC team that Durant had, I guarantee they win at least one or two championships over the same period of time. That’s not necessarily a knock on Durant, but he just isn’t on LeBron’s level, and he won’t be until such a time as LeBron starts to slip—and, as it stands now, that won’t be coming anytime soon.

So, James is impressed, but not toppled.

Let’s not forget that James became the first player in NBA history to average a triple-double in the NBA Finals. He was basically a one-man show against the Warriors. Hell, if a player on the losing team ever deserved NBA Finals MVP, it was 2017 NBA Finals LeBron James.

So, no, the losses don’t bother LeBron. His throne is safe for now. But that doesn’t have much room for error.