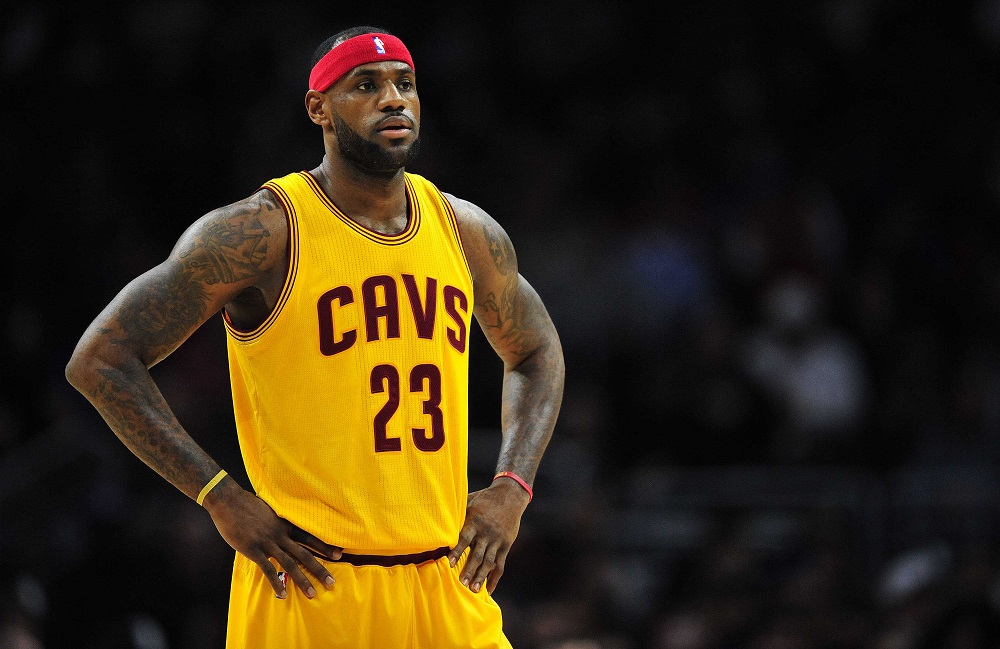 The Cleveland Cavaliers are struggling. The defending NBA champs are 4-6 in their last 10 games including back-to-back-to-back losses to the San Antonio Spurs, New Orleans Pelicans, and Sacramento Kings. While the three-point loss to San Antonio in overtime is forgivable, the NBA champions should not be losing to the Pels or Kings.

LeBron James, the undisputed leader of the Cavs franchise, is not happy. Following the 124-122 loss to the Pelicans (in which the Cavs were losing by 20 at halftime), the four-time NBA MVP unleashed his rage on the Cavs roster and general manager David Griffin.

LeBron took no prisoners; however, he did spare head coach Tyronn Lue from criticism over his increasing minutes.

“What else are we going to do?”

And while LeBron’s teammates may not appreciate his comments on the top-heavy roster, the three-time NBA champion isn’t wrong. He, Kyrie Irving, and Kevin Love combined for 97 points in the team’s loss to New Orleans.

LeBron then mentioned some names. First, James called both Michael Beasley of the Milwaukee Bucks and Raymond Felton of the Los Angeles Clippers missed opportunities, saying that both players (each on minimum contracts with their respective teams) could have helped in the absence of the injured J.R. Smith and retired Mo Williams. LeBron even mentioned Dahntay Jones, who made somewhat of a name for himself with an impressive playoff performance last season, as a guy that can help.

D-League pickup DeAndre Liggins and second-round rookie Kay Felder, on the other hand, aren’t two people LeBron wants to depend on come the playoffs.

“No disrespect to DeAndre and to Kay, you think we can rely on them to help us win a playoff game right now? And it’s no disrespect to them. But it’s like, it’s not fair to them…It’s tough for coach because we’re in the process of trying to win f*cking championship. It would’ve been unfair to [Bucks’ Matthew Dellavedova] to ask him his rookie year to play on a championship-level team. So that’s why you got guys in front of him that allows him to grow. We telling Kay to be a backup point guard to a f*cking superstar right now instead of being a backup point guard to a guy that’s proven in the league. You know what I’m saying?”

What James is saying is that Griffin hasn’t done his job well. The GM has coasted on the backs of James, Irving, and Love. And though LeBron claims no beef with the guys in the front office, he isn’t happy about the state of the roster.

“I ain’t got no problems with the front office. I told [Griffin] to his face, so it ain’t like I’m telling y’all to put it on record. I see Griff all the time. One thing about me, if I got something to say, I’m going to tell it to your face. We need a f*cking playmaker. I’m not saying you can just go find one like you can go outside and see trees. I didn’t say that.”

Nate Robinson is eager to join as a playmaker. He even offered to put his number on Instagram if it means getting a call from James. I wish playing in the NBA was that easy.