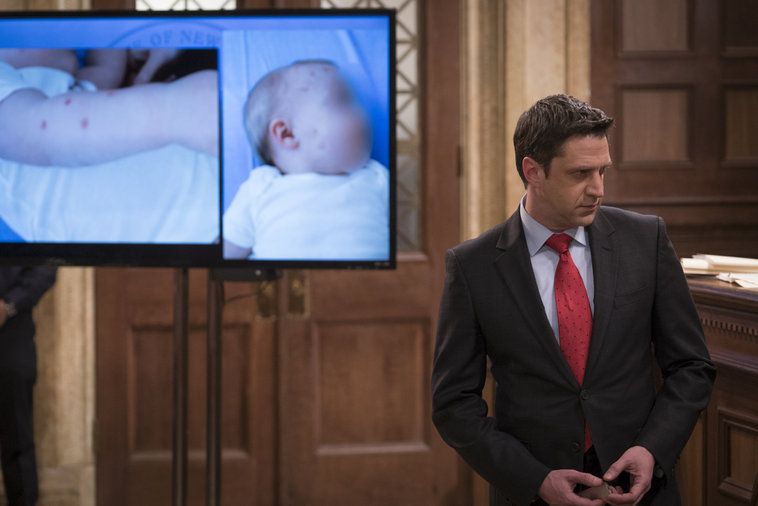 On this week’s episode of Law & Order: SVU, Olivia said that she was taking Noah to the pediatrician to get his vaccination. Meanwhile, at Tribeca Academy, in the city, a teenage boy went to school sick. He and his friends were smuggling bottles of hard liquor in their backpacks to take to a rainbow party. The people at the party played a kissing game, which included the sick teenage boy. At the party people took selfies that showed the girls at the party dancing around in their underwear. Every person who had been at the party had these photos on their cell phone and a teacher at the school happened to see the pictures on a student’s phone. 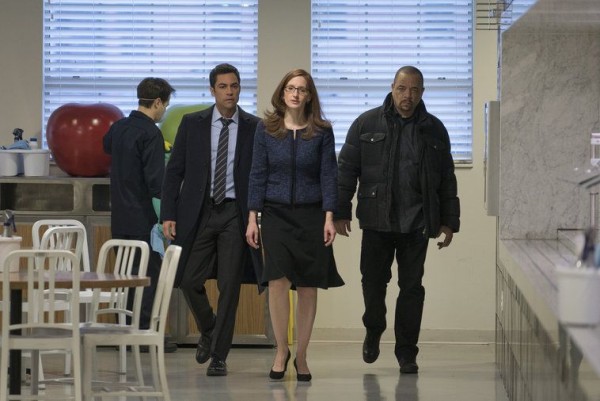 The SVU team got wind of this rainbow party and the fact that lewd selfies were making the rounds among the school’s students. This was causing angst among many of the female students and many more of their parents. Olivia, Sonny, Finn and Rollins went to Tribeca Academy to talk to the teacher that saw the lewd photos. A PTA meeting was being held while Olivia was at the school. Olivia talked to the parents and told them that SVU was concerned with whether or not any actual crimes took place as a result of the rainbow party. Rollins and Sonny spoke to some of the students and their parents that were concerned about the incident. One of the boys at the party confessed that people were smoking weed the whole time. 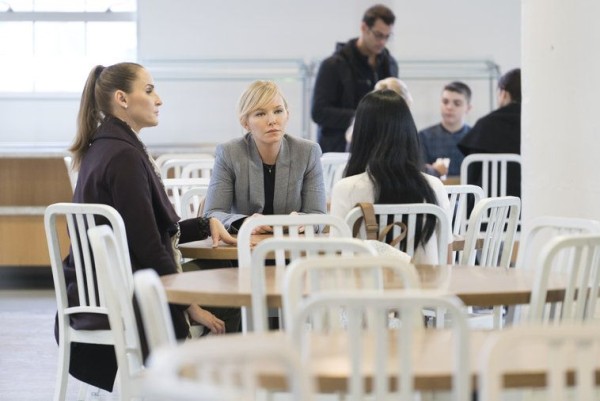 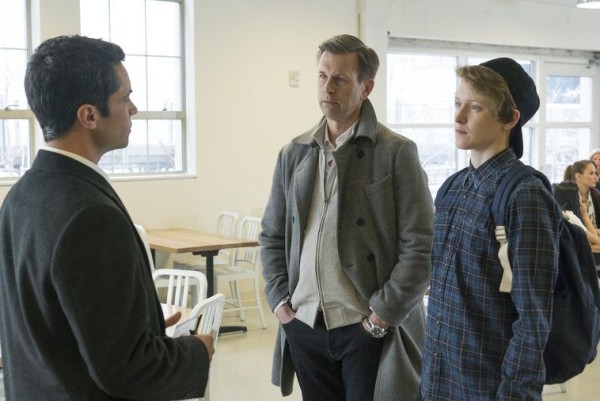 Back at the school the SVU team talked to each student and told the students they would need to give police the log in info for their social media accounts and any pin that would be needed to access a student’s phone. While at the school Olivia got a call that Noah had been rushed to the hospital and she needed to get there immediately. When Olivia got to the hospital and spoke to Noah’s doctor the woman said that Noah had been exposed to the measles virus and Olivia needed to quarantine Noah at home.

Sonny and Rollins went to the school to retrieve the cell phone of Luke, a student who had refused to give his up the day the entire SVU team was at the school for this purpose. The detectives forced the student to open his locker in front of them.

Finn’s partner told Olivia that two of the boys at the party who refused to give up their cell phones to the police were now out of school because they were sick. At that point the babysitter came into the room and told Olivia that Noah was having trouble breathing, so Olivia rushed him to the hospital. When Olivia got Noah to the hospital she was told that they suspected he had measles. 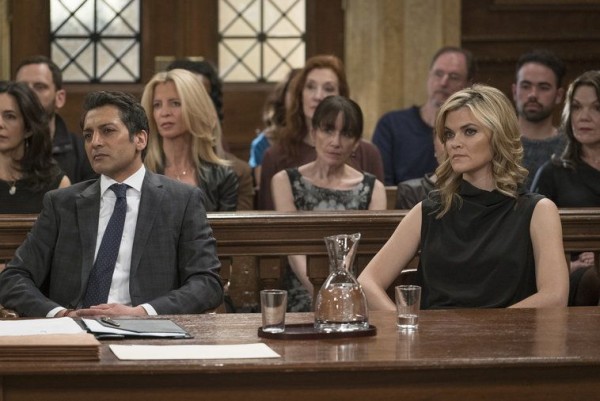 At a meeting between the Assistant District Attorney (ADA) and Larry’s mother, they talked about the fact that Luke was found to be the one who posted lewd pictures from the rainbow party on someone’s porno website. She argued that this did not make him a sex offender as the ADA was trying to imply that he is. Larry’s mother talked about how everyone at the rainbow party was now in danger of coming down with the measles. She questioned how the measles virus could be spreading considering that New York law says students must be vaccinated in order to attend school. 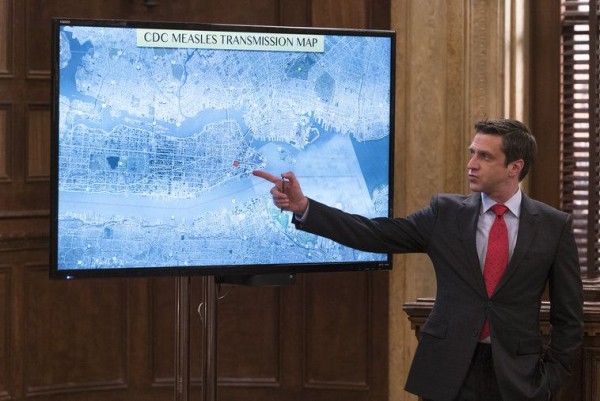 Back at the school Finn and his partner found out that eight students were out with measles and the school was closed for the rest of the week so it could be disinfected. One of the teachers said that two students in the school had a medical exemption from having to get vaccinated. 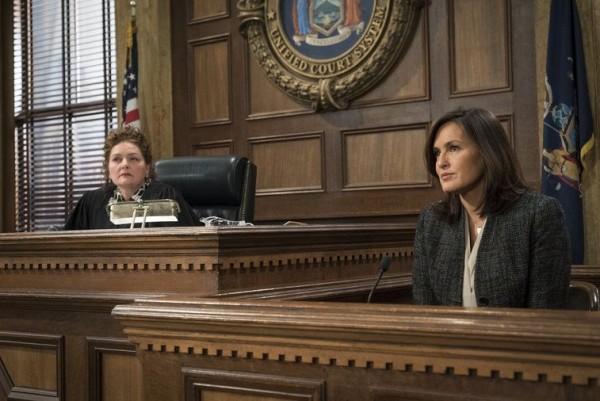 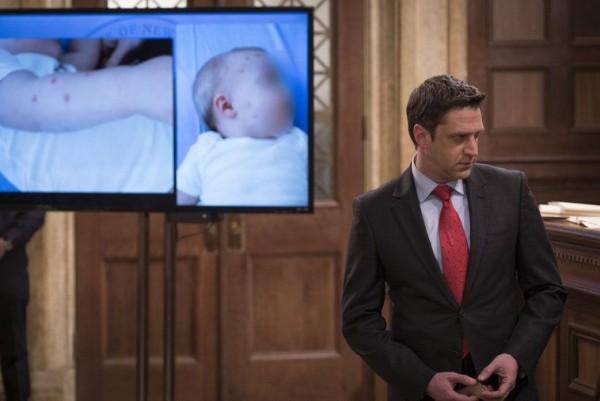 When Rollins questioned Trudie Malco, one of the mothers about whether or not students’ vaccination records were falsified she refused to talk about the subject. Olivia and the ADA went to talk to another student’s parent. The woman told them the law about vaccinations is unjust and parents have a right to decide whether or not to vaccinate their children. The ADA told the woman she was guilty of reckless endangerment and that he would work with SVU to get her to stop encouraging other parents not to vaccinate their children. 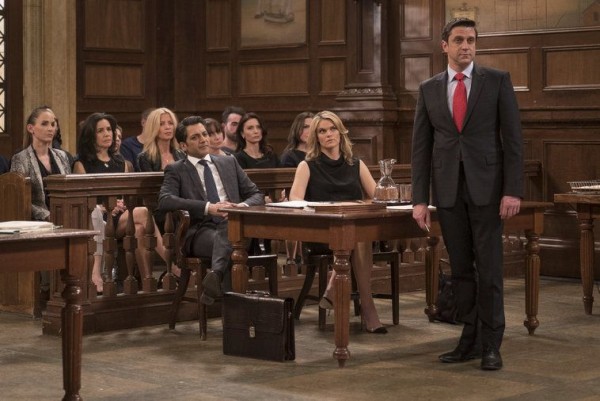 Ms. Malco went to court to fight for her perceived rights. The ADA and the defense attorney discussed coming to an agreement on how to handle the mother legally. Olivia testified in court that Noah had caught pneumonia from the younger sibling of one of the infected students from Tribeca Academy.