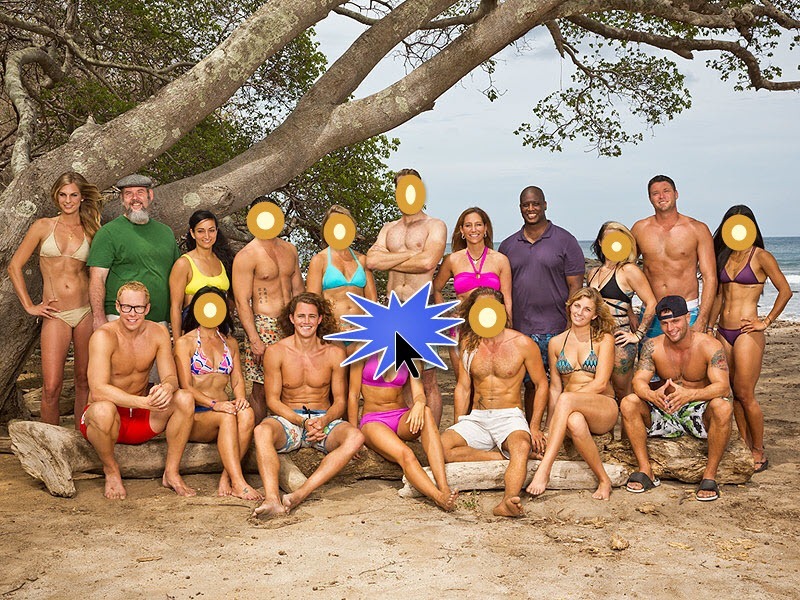 On this week’s episode of Survivor: Worlds Apart, back at camp, Rodney said he was heartbroken to see Kelly go. He said that he was mad about it and he blamed Mike for Kelly going home. Jenn told Mike she was sorry that he was disappointed that she was still in the game. Rodney said that Shirin didn’t need to be there and that it was the blue collars running things at camp, as opposed to the white collars. 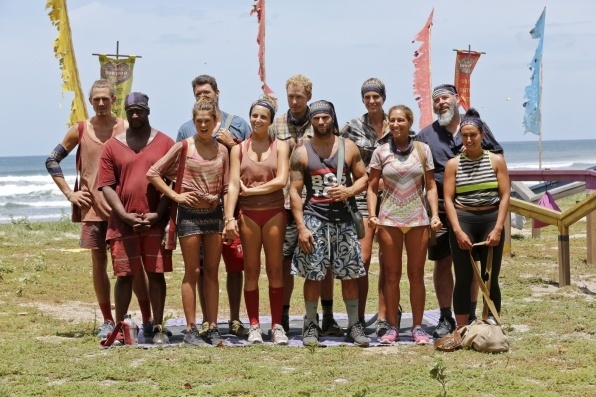 The tribe then showed up for this week’s Reward Challenge. They had to walk across a series of balance beams while collecting bags of puzzle pieces. There were three bags that had to be collected and whoever managed to collect them first would move on to the next part of the challenge, which was to put the puzzle pieces together correctly. The winner of the challenge would get to take a ride on a zip line and at the end of the ride they would be rewarded with food. Hali, Joe and Mike were the ones that got to move on to putting the puzzle together. Joe was the first one to finish the puzzle. 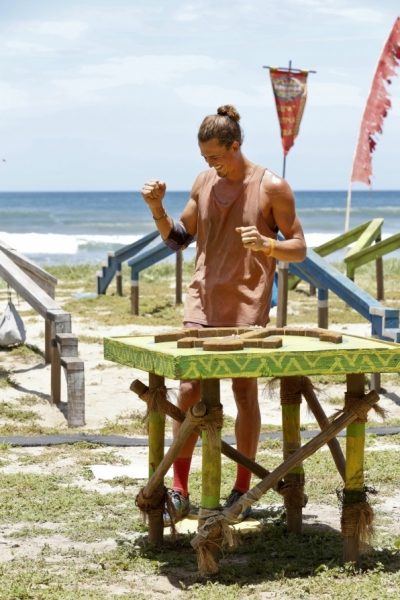 Since Joe won the Reward Challenge he got to pick three others to take the zip line trip with him and share the food as well. Joe chose Tyler, Will and Caroline. Jeff then told Joe he could pick one more person to go with them. Shirin was thrilled to learn that she was the last person Joe was choosing to share the reward. 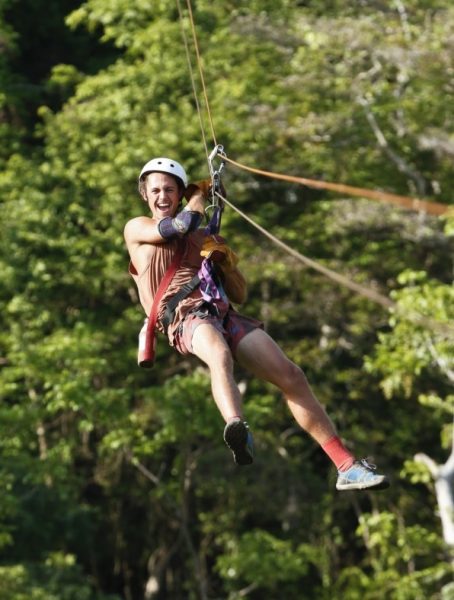 After the zip line ride the five sat down to enjoy their food, which included pizza, watermelon and soda. Shirin had commented that she didn’t like Caroline and didn’t want to have pizza with her. As Caroline drank from a bottle of soda Joe noticed that there was something floating in the bottle. When Caroline gave the bottle to Joe he finished the soda and discovered that a note was floating in it. The note was a clue to the hidden immunity idol. Joe said when he woke up the next morning Tyler was already wide awake and waiting for Joe, because he knew what Joe had. Joe and Tyler took the dishes from the night before and went down to the water to wash them.

When Joe and Tyler were alone together Joe pulled out the note and read it. Mike wanted to know why Joe would show Tyler the clue to the location of the immunity idol because Joe wanted Tyler to be his ally. Tyler told Mike that Joe knew where the immunity idol was hidden but that he hadn’t told anyone. Mike said he had to find Joe before Joe found the hidden immunity idol.

Joe found the immunity idol in the water and Mike congratulated him on finding it. Joe said that Mike doing so may have spoiled Joe’s plans to use the immunity idol. Dan said Shirin was so annoying he could never even remember the proper pronunciation of her name. Shirin said that Dan was trying to rip her apart by throwing insults at her. 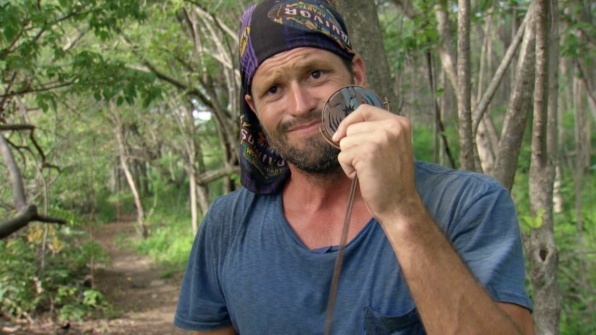 Mike also found a hidden immunity idol in a tree trunk at the tribe’s campsite. He said that he wasn’t going to share it with anyone else because he needed it for himself. 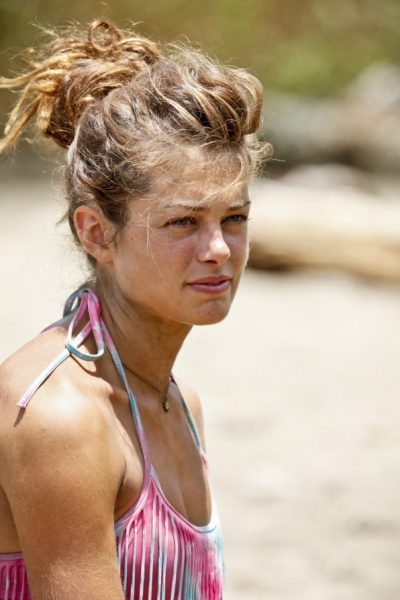 The tribe arrived for this week’s Immunity Challenge. They had to work their way through a maze that involved moving slides to form a particular pattern. A slide puzzle needed to be completed in order to win the challenge. Jeff asked Shirin how she felt about this challenge and she said she had been waiting for a challenge like this one. She said since she is a computer scientist this challenge should come easily for her. When they started the challenge Dan was the first person to complete the slide puzzle, but the completed it incorrectly so the challenge continued. Joe was the first one to solve the puzzle correctly, making him the winner of the individual Immunity Challenge. 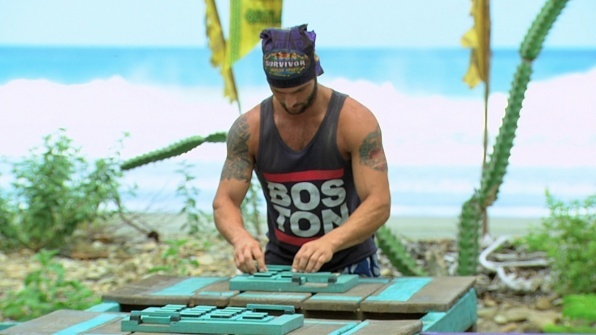 Rodney said that the tribe had to hustle because of the decisions Mike had made. Shirin said it would be a life achievement for her to win one of the Survivor challenges and that Joe wins them all. She also said everyone thought she was weak and no one thought she was a threat to them in the game. Shirin expressed her desire that this would help her remain in the game for at least a few more days. Dan said Caroline and Tyler felt confident that Shirin didn’t have the immunity idol. He also said that Shirin might be an idiot savant, but if so she was more idiot than savant. Sierra said that it would be great to get rid of Dan because he kept saying rude and childish things about the other tribe members. Shirin said hearing that other people didn’t like Dan either made her feel less like she was crazy for disliking him. The women all said that they wanted to come together to get Dan voted off the island. Tyler said he wanted to target Mike and Dan for elimination. 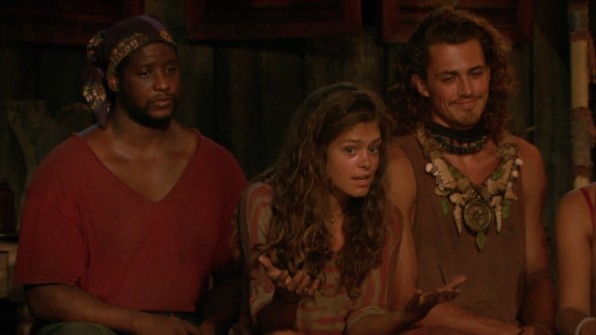 That night at Tribal Council, Jeff asked Tyler how the tribe had reacted when Kelly was voted out. Tyler said that jaws dropped, seeing Kelly go home. Jeff then asked Dan if he was uneasy at seeing how quickly things can change in this game. Dan said as a fan of the game one has to expect bombs to be dropped. He also said that it was necessary to stand by and believe in any alliance between members of the tribe. They talked about whether or not people who flip their alliances have a better or worse chance of winning Survivor. Jeff then announced that it was time for each person to cast their vote for the person who goes home this week. After they placed their votes and Jeff tallied them it was determined Hali Ford was going home. 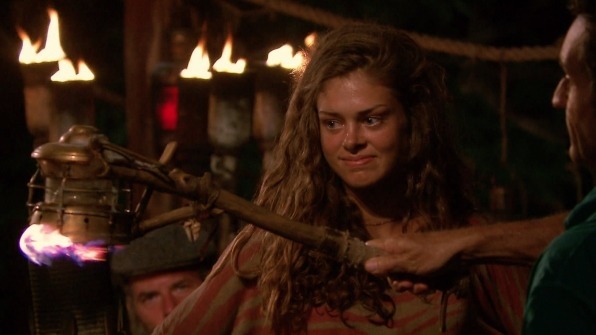