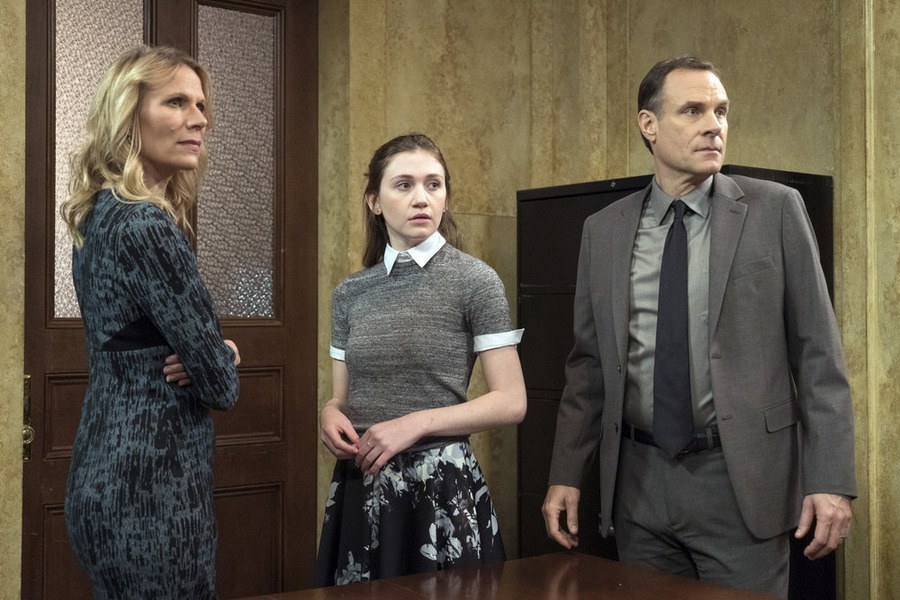 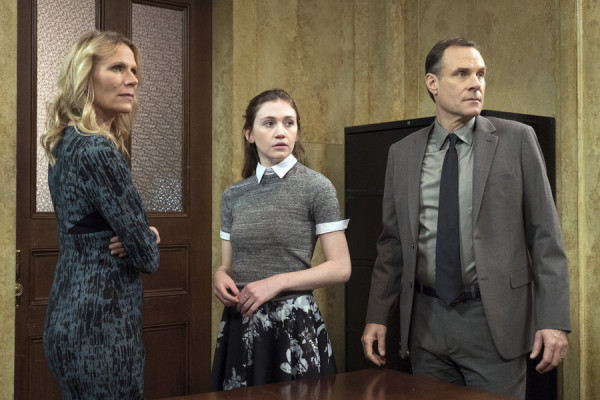 On this week’s episode of “Law & Order: SVU,” Benson talked about the case that went down on last week’s episode with her therapist. He asked her about Noah and Benson said Noah was all she could think about. A high school student named Abby went to a school dance where she made out with a boy. She came home, went straight to bed and appeared visibly upset.

At the station, Rollins brought her newborn daughter to meet everyone. It was interrupted when Abby’s attorney Rita came in and said she needed to speak to Benson. She told Benson that Abby had been raped at a school event. Benson and Sonny then went to talk to Abby’s parents at their house. Abby told Benson, Chris, the boy who raped her, had been sexting her, and she had responded to it. Abby told Benson everything that happened the night of the incident. Abby said she couldn’t speak when Chris asked her to have sex with him.

Finn went to Chris’s home with the DA, and they spoke to Chris and his parents. Chris denied that he and Abby had sex and his parents backed him up. Lab tests of the dress Abby wore the night of the incident showed that Chris had been sexual with her on the night in question because his semen was found on her dress

Finn and the DA went to talk to Chris’s friends to try and find out the truth about what happened with Abby. A friend of his confessed Chris needed a name on the list of girls in school that were virgins. A group of male students in their senior year at the school would compete to see who could sleep with the most virgins.

The DA office tried to strike a deal with Abby’s parents so the case wouldn’t go to trial. Abby overheard them talking and said that now all her friends and Chris’s friends hated her. Her parents then agreed to sexual misconduct charges against Chris. He offered to apologize to Abby and her family so they would drop the charges.

Chris went to court on charges of rape and sexual misconduct. The judge set his bail and forced him to surrender his passport. During the trial the DA showed the jury the text messages between Abby and Chris and she was asking him not to be angry at her over what happened. Benson then testified that Abby was shy, making her vulnerable to sexual predators. Sonny testified that a club at the school was targeting female classmates they thought they should sleep with in order to take their virginity.

During a break for lunch, Chris’ mother confronted Abby and her mother in the restroom and said that Abby was lying about her son and ruining his life. Abby then testified that she had been OK with kissing Chris, but then he got aggressive and touched her inappropriately, which she did not agree to. She told him to stop touching her that way and he refused to stop. Abby said Chris was hurting her, and that was now how she wanted sex to be. She said she was too humiliated and afraid to tell anyone what Chris did to her until she told her mother. Chris’s lawyer asked Abby if she was so overwhelmed by Chris’s actions that she didn’t bother to tell him no. He implied Abby consented to sex but then changed her mind, which made Abby start crying on the stand.

When Chris got on the stand, he said he did not have sex with Abby. He said he didn’t think anything was wrong after their sexual encounter. Chris admitted that he lied to his friends and said he had sex with Abby when he didn’t. Chris apologized for upsetting Abby and said he wished things had gone differently. Chris said Abby probably thought she was raped, but he maintained she hadn’t been.

The jury ruled that Chris was not guilty of rape but was guilty of sexual misconduct. Abby apologized to Chris and her parents scolded her for it. Chris’s father and Abby’s father tried to attack each other, and Abby’s mother drug her away.