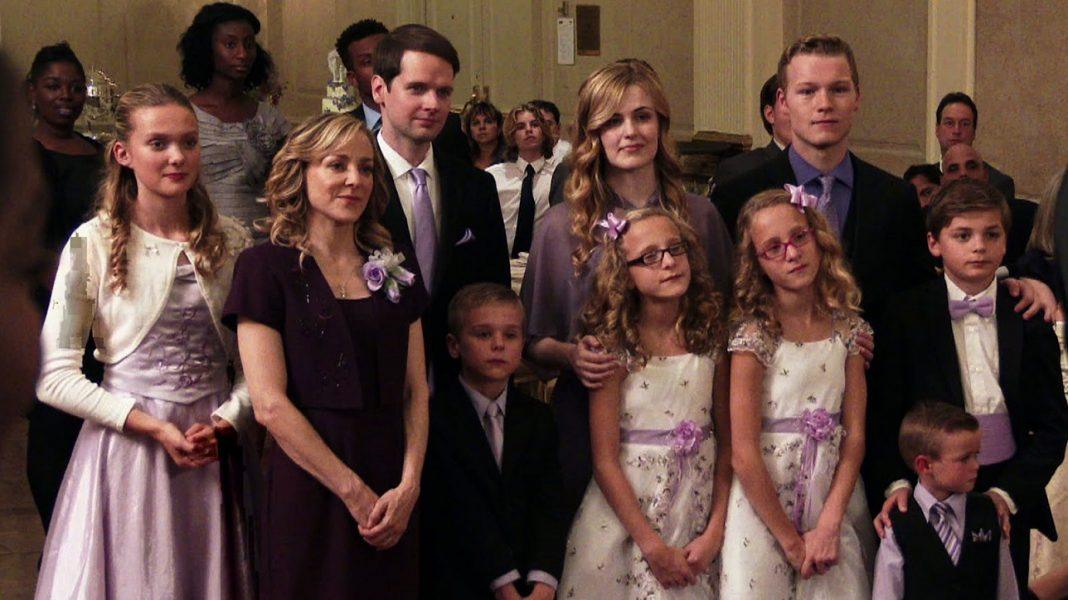 On this week’s episode of “Law & Order: SVU,” Lane Baker, a young reality TV star and her family went to NYC to celebrate her purity. )This show always makes sure to state that the story is fictional, they aired this on Josh Duggar’s birthday.) While filming a scene for their reality show the young girl collapsed. She was taken to the hospital, where it was discovered that she was three months pregnant at 13 years old. The pregnancy was reported to SVU and Benson and Finn questioned Lane’s parents. The family’s pastor came to the hospital and met Benson and Finn.

Rollins researched the family and said they had been in Harlem on religious business around the time Lane had gotten pregnant. Finn tracked the family to a church hostel in NYC where Lane’s parents were filming a scene for their show. The family’s children were taken to the station, and Sonny ordered pizzas for them. Sonny asked one of Lane’s brothers if they had encountered any men when the family was in Harlem, but he wouldn’t talk about it.

Lane told Benson her being pregnant was God’s will. She admitted she had sex with a man who told her she was still a good person, but she wouldn’t reveal his identity. She told Benson it was someone she knew. Lane said the man that got her pregnant loved her. Benson asked her to write down the man’s name.

Finn and Sonny tracked down the man, Pete Matthews, that Lane named and demanded a DNA sample, who was a cameraman for their reality show. Finn said that Lane had identified the man as her rapist. When Benson told Lynn’s mother that Matthews had gotten her daughter pregnant she was shocked. Benson asked Mrs. Baker to have an amniocentesis done on Lane to confirm who the father is.

At the station, Finn and Sonny questioned Matthews after finding footage he filmed of Lane’s sisters changing clothes. Matthews said that he hadn’t gotten Lane pregnant because he had had a vasectomy ten years ago. Benson, Finn, Sonny and Rollins viewed three-year-old footage of the TV show with one of the girls being groped on camera by her brother, Graham.

Finn and Sonny went out of state and talked to a member of the family’s church, who happened to be a judge who was best friends with the family’s lawyer. They were then pulled over by local police for speeding but were let off with a warning. The cop then gave Sonny court records for Graham Baker.

Benson went to the church to speak with the Bakers and their pastor. Benson confronted the couple about Graham’s legal problems. Then she found out the family had sent Graham away on a spiritual journey to Ecuador. They then found out that Graham had gotten his and Lane’s older sister pregnant.

Sonny and Rollins went to the medical examiner for information on the case, and Rollins started having pain, so Sonny took her to the hospital. Doctors recommended she go on bed rest until her baby was born.

The family’s pastor had been with them in Harlem when Lane got pregnant. Benson and Finn deduced that the pastor was the father of Lane’s baby. He accused them of religious persecution. The pastor was then confronted by Benson and Sonny at his church because the medical examiner’s office found proof that he was Lane’s baby’s father. They found out he was set to marry Lane and help her raise the baby. Lane’s mother asked her what the truth was, and Lane said God’s plan was for her to marry her pastor and raise their baby together. He was then arrested for statutory rape of Lane.