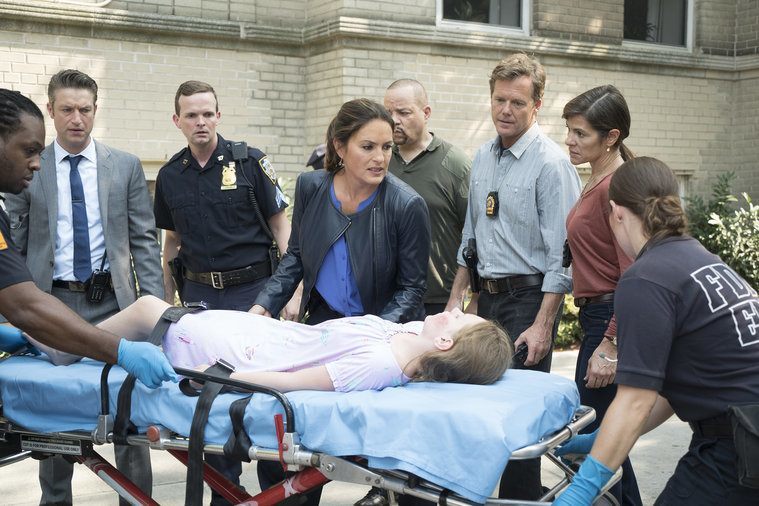 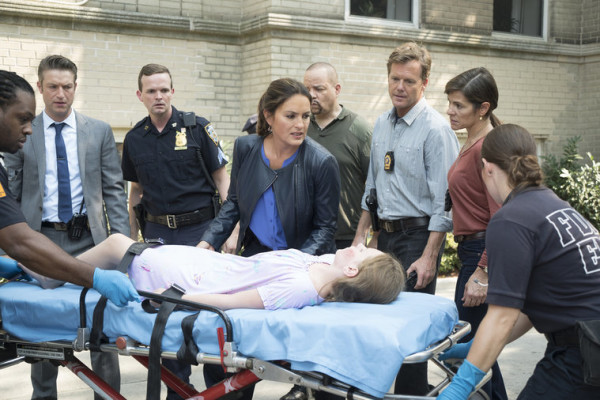 It’s all about Community Policing on this episode of “Law & Order: SVU,” Benson and Finn arrived at a house to investigate a case. The injured woman, Cynthia said the man who raped her took her 12-year-old daughter. The police investigated the building where the crime was committed and found the 12-year-old, Sophie, in a washing machine.

Cynthia’s husband, who was in the apartment at the time, told Finn that he got pistol whipped and then the man who did it raped Cynthia. She told Benson and Sonny she should have screamed in terror, but she kept her mouth shut. Finn and the team went looking for someone who could identify Cynthia’s rapist. Rollins got a hit on the rapist’s bank card, and a local convenience store worker said the rapist had just robbed his store.

The cops chased the man and heard gunshots. They caught up to him, shot him and searched him for his gun. They couldn’t find his gun at the scene even though they heard him shooting it. Sonny went into the guy’s house to look around and told the guy’s roommate he needed permission to search the house. He got permission and the man’s roommate said he had no idea what had happened to him.

The man’s parents arrived and were told their son Terrance had been running from the police. Benson told the parents that Terrance had just passed away. Benson brought Cynthia into the station, showed her a picture of Terrance and asked if he was her rapist, but she said she had never seen him. The officer that shot Terrance was questioned by officials.

Benson said Terrance was not the man who raped Cynthia, and they had killed an innocent man. Benson and the DA watched a news report attacking the NYPD for killing an innocent person. Terrance’s parents showed up at the DA’s office, and apologies were made for killing their son in error.

Rollins went to a bar to meet a male policeman friend, and his female companion got angry and left. He tried to talk about Terrance’s death, but Rollins told him not to talk about that in public. Deckland approached Rollins on the street and asked her if her baby was his. She confessed that she knew, but she didn’t want to tell him because she knew he didn’t have time to worry about it since he works on the federal level of law enforcement. Deckland gave Rollins his number and told her to call him anytime.

On the news, footage was shown of Terrance running from the police before they shot and killed him. The DA said that didn’t change anything, but Benson disagreed. She defended the cops that chased Terrance down and killed him.

In court, Finn testified that Terrance looked a lot like the rapist they were looking for. Sonny said they had no way of knowing they were in pursuit of the wrong man. Terrance’s father testified that his son did nothing wrong and was just trying to go home. Benson said all police procedures were followed, and the DA asked her if the cops could have waited before they fired shots. She said that procedures were properly followed, and they did nothing wrong. The cops testified that they all thought their lives were in danger when they shot at Terrance. One cop testified that if they had waited even one more minute they wouldn’t have shot Terrance.

After court, Benson stormed into her office. The next day the jury took a vote on charges against the cops. One juror wanted to know if the cops could be charged with murder.