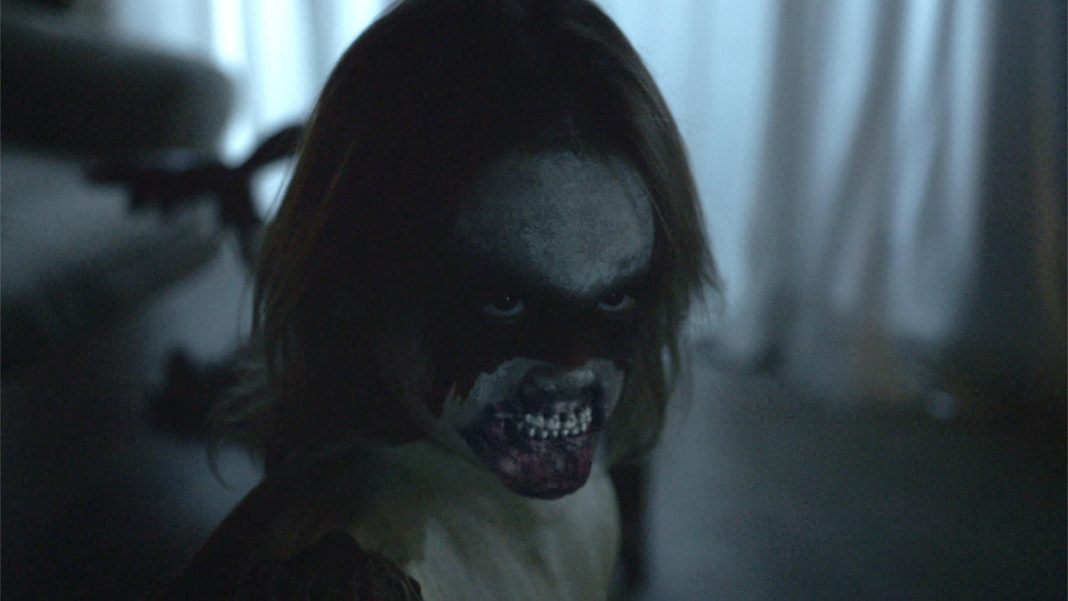 A sacred Indian burial ground is at the center of this episode of “Paranormal Witness,”  when a couple found something rather disturbing in their house. Nelson’s wife Christi had a stroke, and five weeks later she saw their new house in Iowa. They discovered the house had a weird, spooky basement. The couple’s daughter Amber had two stuffed animal bunnies joined in a kiss, in her room, and suddenly she found them broken. Christi was using a CPAP machine overnight to avoid having another stroke. Nelson said he smelled something weird in their house, and the scent was familiar. He found a door in the house that was open for no reason. Nelson then realized he was smelling tobacco. He shut the basement door to block out the smell. It opened on its own again.

Amber said in this house she woke up every night at 2:45 A.M. Amber thought her brother Matt was playing a trick on her. A few minutes later Amber took her pillow and blankets and went to her parents room downstairs. The she heard a little boy giggling in the house. Amber ran to wake up her parents and told them she heard someone that wasn’t there. Amber said she heard a voice whispering in her ear to get out. A few nights later Christi was in the bathtub when her bathtub attacked her with dirty, muddy water. The bathroom door was locked, and Nelson couldn’t get in. Amber got a dance game for her birthday and was playing it one night when she saw a little boy in the house. She said he had dark hair and looked Native American. She told her parents about seeing the boy, and they didn’t believe her, which made her very upset.

One night Christi had her CPAP mask on but could not breathe. Nelson once again went to inspect what was making noise, and he found Christi gasping for air because her CPAP machine had been shut off. Christi was groggy but got up for water. She heard chanting and then saw something standing in her dining room. Christi told Nelson there was something in the house, and he told her she was wrong and to calm down. She said if they walked away from their house they would be ruined financially. Nelson told Christi to take Amber and visit Christi’s parents.

Matt went in the backyard to play and went to retrieve a lost arrow. He heard weird noises that made the hair on the back of his neck go up. He heard scratching noises and said he knew something was hunting him. Armed with his bow and arrow Matt went looking for a predator on their property. He opened the garage door and went inside to hide.

That night at 2:45 A.M. Nelson said he saw a dark mask in the house and assumed it was Matt. When he didn’t answer, Nelson got up with his pistol in his hand. Matt went in the basement looking for hunting gear. He felt like he was being followed just as he had when he was outside playing. Matt saw something in the basement and tried to leave, but the door was locked. He banged on the door until Nelson answered it.

Amber and Christi came home and Nelson said Amber looked happy. Nelson told Christi she looked much better than she had when she left. Nelson told Christi what had happened in the house while she and Amber were away. Christi researched paranormal activity and realized her home was being terrorized by a paranormal Native American spirit. She went to a Native American store in town and told the clerk she thought her house was haunted, and the woman said she wasn’t surprised to hear that. She found out their house was built on land owned by Native Americans, and that it had been done against their will. Christi bought Sage and was told to take it home, lit it, put it in each corner of the yard and told the spirit that her family wouldn’t be afraid of it anymore. The family joined hands and burned the Sage. On Christmas Eve, the family lit their tree and decorated it. That night at 2:45 A.M.Christi woke up in a panic but realized her CPAP machine was normally working. On Christmas Day, Amber came into the living room and saw an empty, unlit Christmas tree. The tree then collapsed, and that was when the family finally decided to move out.