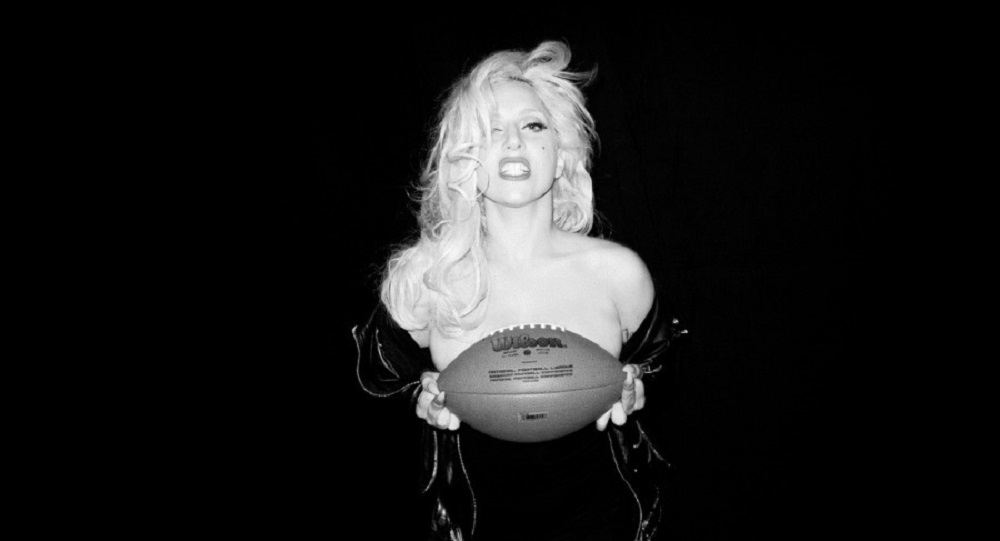 With Super Bowl 51, people will either be watching the New England Patriots taking on the Atlanta Falcons or to see Lady Gaga create a spectacular half-time show. Either way, you’re bound to be pleased with the outcome.

Teasing the halftime show, Gaga shared that she’s “been planning this since I was 4.” And between performing for one of TV’s largest audiences of the year — last year’s show drew 111.9 million viewers — and starring in Tiffany’s first Super Bowl ad, the singer is eyeing an impressive payday, especially if she launches a tour after her halftime show, as predicted.

While her career has seen some recent downs, the Super Bowl half-time show can only propel it further, but naysayers are already asking how she can pull this off.

Will Gaga Let Her Performance Be Her Statement?

Last year, Beyonce turned heads and inflamed conservative tempers during her cameo in Coldplay’s halftime show. Given today’s explosive political climate, it’s not a matter of “if” Lady Gaga will incorporate politics in her halftime show, but rather, how far she will go.

Gaga confirmed in her press conference that a statement was coming. “The only statements I’ll be making during the halftime show are the ones that I’ve been consistently making throughout my career. I believe in a passion for inclusion, the spirit of equality and the spirit of this country, one of love and compassion and kindness.”

“It’s more Beyonce’s style to make that subtle kind of statement,” says Jem Aswad, senior editor at Billboard.  “Having seen Gaga several times, she is not shy, she says what’s on her mind.”

However, the outrageous dress-wearing, stunt-pulling Lady Gaga of years past is not the one who’ll take the stage Sunday. In the years since her critical and commercial dud Artpop was released in 2013, Gaga has redefined her image, collaborating with Tony Bennett and performing Sound of Music classics in a ball gown at the 2015 Oscars.

“I would be shocked but not surprised if she just stopped a song and went on an anti-Trump rant, but I don’t think it’s going to happen, because that’s very much a bridge-burning move,” Aswad said. “But at least as many people, if not more, would support a move like that than be angry with her for it.”

What Will Gaga Sing?

In previous years, halftime shows have ranged between seven and nine songs, and Gaga’s will clock in at around 13 minutes. So which hits can fans expect to hear in her rapid-fire medley?

While Gaga wouldn’t confirm her song choices during the pre-Super Bowl press conference, she teased a career-spanning performance. “We went through my whole career and chose songs that I hope both the football fans and the people tuning in for the halftime show will enjoy,” she said.

Viewers will find out Sunday which, if any, of the lesser-known singles from Gaga’s 2016 album Joanne she decides to add. “I think she knows she needs to win this crowd, so she’ll go with the hits,” Aswad said, naming Bad Romance, Poker Face and Edge of Glory. “A lot of these are big stadium-sized songs.” 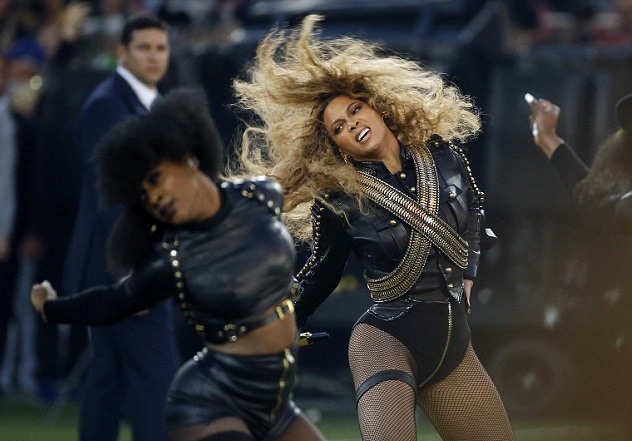 How Will She Top Every Other Super Bowl Half-Time Show?

Rumors are flying about the potential stunts Gaga is planning for her set, such as singing from the roof of Houston’s NRG Stadium before descending down to the field. While Gaga stayed mum at the press conference about her high-flying stunts, claiming she “wants to keep as much of the show as a surprise as possible,” she described the set will be  “athletic.”

From Prince performing behind his white sheet in 2007 to Katy Perry‘s viral “Left Shark” in 2015, staging and props have provided the most enduring moments from Super Bowl shows past. Hernandez, who was on the field for the previous two halftime shows, explained that while big performances play well for the on-field audience, the tiny details make all the difference for viewers watching at home.

“Having attended Katy Perry’s and Coldplay’s halftime shows it’s hard to see the elaborate details, such as the special effects on the digital floors, the succinct choreography, the zoomed-in facial expressions, the detailed outfits,” he said. “I had no idea about Katy Perry’s Left Shark until I checked social media after her halftime show.” 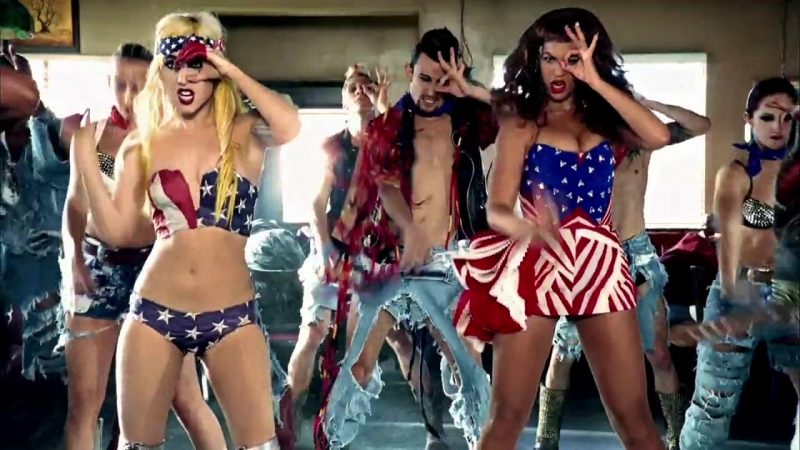 Just Who Will Lady Gaga’s Special Guests Be?

And then, there are the cameos. The NFL announced that Tony Bennett would wish his collaborator well in the 10-second introduction to the performance, though Gaga wouldn’t confirm whether her recent Instagram of a bee indicates that Beyonce is showing up, saying she “wouldn’t read into it.”

As Aswad explains, unless the NFL is feeling shaky about Gaga’s performance, fans won’t know about the guest-stars ahead of time, drawing on Coldplay’s halftime show as an example.

“Last year with Coldplay, it seems like the NFL got cold feet,” he explained. “Even though this was a group that headlined stadiums…the NFL must not have been feeling something in rehearsals, because Beyonce seems to have been brought in like a game-saver.”

“So a high-profile guest appearance wouldn’t be a surprise, but whether or not the guest is announced beforehand is a fair gauge of the NFL’s feeling about the halftime show.”

For more clues about Gaga’s potential surprise guests, Hernandez looks back at her past collaborators. “I’m guessing Gaga won’t have any guest singers share the mic with her,” he said, “but if she pulls off a ballad, I hope she recruits Elton John, who sang with her on Speechless at the 2010 Grammys.” 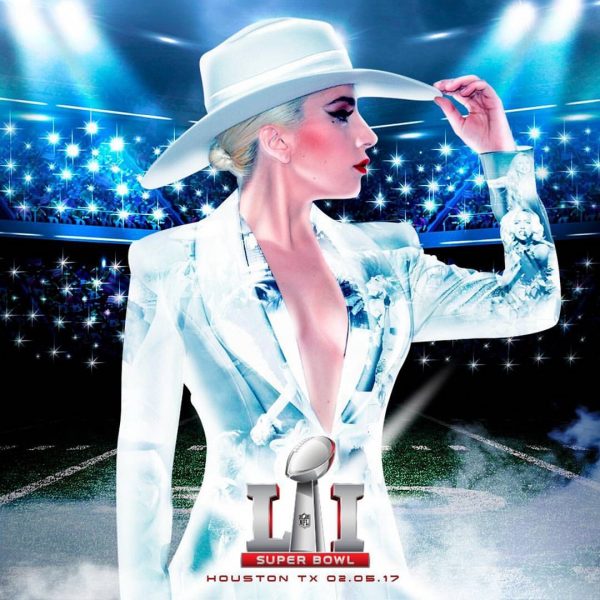 Lady Gaga said she hopes her Super Bowl halftime show will celebrate “inclusion” and the “spirit of equality” during a time of national division.

“This performance is for everyone. I want to, more than anything, create a moment that everyone that’s watching will never forget,” she said in a press conference Thursday in Houston.

Gaga wouldn’t reveal what songs she would sing, how many costumes she’ll wear or any staging details, but promised a “tremendously athletic” show and no reappearance of her infamous meat dress.

She also said there wouldn’t be any wardrobe malfunctions – like Janet Jackson’s infamous moment when she performed at the last Super Bowl held in Houston in 2004.

“Everything is going to be nice and tight,” Gaga said. “I wouldn’t worry about that.”

When Gaga debuted in 2008, her sound was a mix of electronic, dance and pop sounds, including the hits “Poker Face” and “Just Dance.” Her latest album though, “Joanne,” delves into country and acoustic rock territory, and she said she plans to perform songs from her entire catalog.

The 30-year-old singer, who sang the national anthem at last year’s Super Bowl, was nominated for the best original song Oscar last year and won a Golden Globe for her role on the FX series “American Horror Story.” Gaga said she considers being asked to be the halftime headliner is due to her fans, affectionately known as “little monsters.”

“Essentially, that kid that couldn’t get a seat at the cool kids table and that kid who was kicked out of the house because his mom and dad didn’t accept him for who he was? That kid is going to have the stage for 13 minutes,” she said. “And I’m excited to give it to them.”

The performance at the NRG Stadium will also feature Tony Bennett, who Gaga called a “tremendously wise man.” Gaga and Bennett, 90, recorded the 2014 album of duets, “Cheek to Cheek,” which won a Grammy – the sixth for Gaga. They also launched a successful tour.

The showdown between the New England Patriots and Atlanta Falcons airs Sunday on Fox. Gaga, who said many of her relatives are Pittsburgh Steelers fans, wouldn’t reveal whom she’s rooting for. “I’m going to keep that one to myself,” she said.

In addition to Gaga, three original cast members of the Tony Award-winning Broadway hit “Hamilton” will sing “America the Beautiful” during pregame festivities, and Luke Bryan will perform the national anthem.