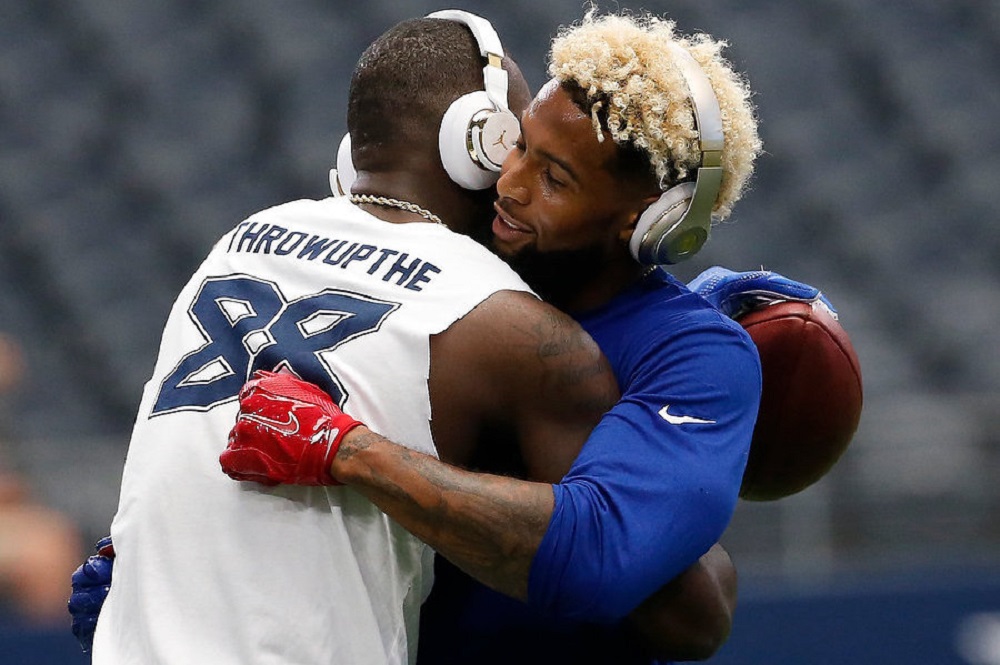 The NFL Pro Bowl is a time for players from all teams all across the country to come together for a week of fun and revelry in the sport of football. The bitterest of divisional rivals will block for each other as they try to prove their conference dominant.

In the spirit of the NFL All-Star Game, Dallas Cowboys wide receiver Dez Bryant came to the defense of New York Giants wide receiver Odell Beckham Jr. in the face of the criticism he’s received throughout the season and in the playoffs.

“Whenever something doesn’t go right, as far as a team loss, y’all don’t like his actions, and all it is, is just him wanting to win the game,” Dez said Saturday.

Though the two may be rivals on the field, Dez appreciates the passion ODB shows on a weekly basis. He even suggested that if more players on the Giants roster played like Beckham, New York might be in a position to win their third Super Bowl under quarterback Eli Manning.

“If more people were like that on his team, maybe they would do something special,” continued Beckham. “He’s a talent that a lot of people wouldn’t be able to understand. You want to criticize him. You want to talk about him because you just don’t understand him, his whole mindset, the way he goes about his game. He’s a hell of a football player. He’s a great football player.”

Bryant’s sideline tantrums have been well documented throughout his career. OBJ, on the other hand, receives more criticism for his on-field antics and behavior after losses (such as punching a hole in the Green Bay Packers wall).

Of course, Dez and Odell want to win. Badly. Bryant does not appreciate it when the media misinterprets their actions of passion as distracting behavior and petulance. On the contrary, these two men have “the heart of a champion.”

“The type of success that you run into, there’s only one person able to understand it—and that’s him and that’s me,” said Bryant. “That’s because we’re the only people who get to see that. Nobody knows how to handle that type of stuff.”

One thing’s for sure, neither of them cares what anyone else thinks. You’ll see an equal amount of passion in 2017.