Barcelona and Atletico Madrid keep up the pressure on the European champions, after grabbing three vital points against Elche and Rayo Vallecano respectively.

Luis Enrique’s Barcelona side was ruthless in their fixture on Saturday as they defeated Elche 6 – 0 at the Estadio Manuel Martinez Valero. Messi and Neymar scored two goals each as the Catalonian giants stayed at a point’s distance from the Galacticos. After 20 games in La Liga, Barca have accumulated a total of 47 points.

In the game between Real Madrid and Cordoba, Gareth Bale came to the rescue of the Los Blancos. The Welshman scored a penalty in the dying moments of the game to disallow the Blaugrana giants from taking up the first spot in the league table. In the 82nd minute, Cristiano Ronaldo collapsed to a moment of madness and was sent off by the referee for kicking and punching an opponent player. The Portuguese skipper has been banned for three games and his absence could have serious repercussions for the ten-time European champions. Former Manchester United player, Bebe was in great form as he consistently caused problems for Real Madrid’s defense.

Diego Simeone’s Atletico Madrid faced Rayo Vallecano on Saturday and they came out on top after ninety minutes. Antoine Griezmann was in sparkling form in the match against Rayo as grabbed his ninth and tenth goals of the campaign in La Liga. The score at the end of ninety minutes at the Vicente Calderon was 3  – 1. The Spanish champions need a very consistent run to retain their title.

Probably the biggest match of the weekend was at the Mestalla Stadium, as Valencia played host to Sevilla. Both the sides are gunning for the fourth spot in the league with the first three places seemingly booked. Los Che and Sevilla exchanged places in the league table as Valencia defeated the visitors 3 – 1. Two goals from Daniel Parejo and one from Javi Fuego were enough to sink Sevilla, but the visitors didn’t shy away from giving a solitary reply with Bacca’s penalty. The game didn’t lack drama as Bacca’s second spot kick was saved by Diego Alves to deny an equalizer to Sevilla. An equalizer could have certainly changed the outcome of the fixture.

In this 20th game week of La Liga, Espanyol were one of the biggest winners as they defeated Almeria 3 – 0. Christian Stuani scored two and Felipe Caicedo wrapped up three points in the 74th minute by scoring the third.

Athletic Bilbao and Deportivo La Coruna wasted great chances to improve their recent forms as they drew against Malaga and Granada respectively. Granada took the lead in the sixth minute, but Depor came back from behind and scored two goals. But they couldn’t hold on to the lead as Robert Ibanez’s late equalizer divided the points equally among the two sides. 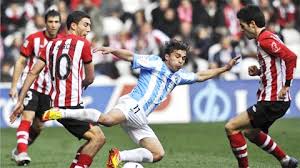 In the game against Malaga, Athletic Bilbao broke their four game losing streak. But Bilbao are not far away from trouble as they are quite close to the relegation zone. In the match at home, Bilbao took the lead against a strong Malaga team on 70 minutes as the defender Mikel San Jose scored a goal, but just eight minutes later Javi Guerra scored an equalizer to share the points with Bilbao.

Last but not the least, Getafe ended their nine match winless run on Monday against Celta Vigo. The game at the Coliseum Alfonso Perez ended 2 – 1. Alvaro Vazquez and Pablo Sarabia got on the score sheet for the home side whereas Charles scored for the visitors. Celta Vigo’s defeat means that they now have their own unwanted record of no victories extended to 10 La Liga matches, leaving them in the 12th place.

Luka Alariohttps://movietvtechgeeks.com/
Luka Alario, our sports writer, hails from Northern Italy. He's as passionate about Soccer as we are about football so he's a great addition to our sports team.

Jared Padalecki’s ‘Walker’ 2.07 asks Where Do We Go From Here?