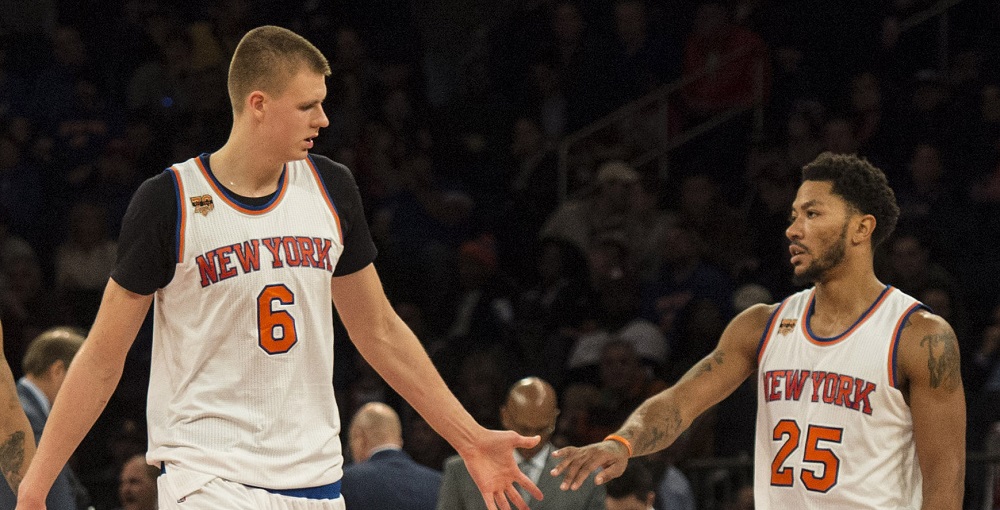 The system, which has been ridiculed by everyone outside of the Chicago Bulls and Los Angeles Lakers, has amounted to absolutely nothing for the Knicks over the years Jackson has attempted to implement it. Critics argue that the only reason it was able to win championships in Chicago and Los Angeles was because Michael Jordan, Shaquille O’Neal, and Kobe Bryant were leading those teams.

Knicks point guard Derrick Rose is among those not sold on the style. When asked if he would like to see the struggle Knicks using the triangle again, he admitted it wasn’t his first choice, but he is tired of losing.

Maybe part of the problem is Rose doesn’t understand it. He also may not be trying hard enough to get a good grasp of the system.

“I still don’t have the feeling yet of the entire offensive, but I pick and choose while I’m out there. You think, ‘Don’t f’ up the game’ That’s a great way to put it. Just don’t mess up the game.”

Rose, however, is not the future of the Knicks. In fact, it would be hard to argue that he’s even had a net positive impact. The real star of the team (behind Carmelo Anthony, of course) is Kristaps Porzingis, and the Latvian star is onboard.

“We’re starting to learn it now the way we should; we should have been playing from the beginning of the season,” said Porzingis. “So, we’re a little behind. But every game we’re getting a little better. Hopefully, I don’t know when, we can start using it properly and making some impact playing it…I like the triangle. My first season, the whole first season we played nothing but the triangle, so I know it pretty well. I like the offense. It can only work if everybody believes in it and everybody executes it the right way.”

The Knicks will reportedly see who does and does not fit into the system over the remainder of the season, and proceed accordingly into the offseason. Porzingis is safe; Rose may be in a new jersey next season.