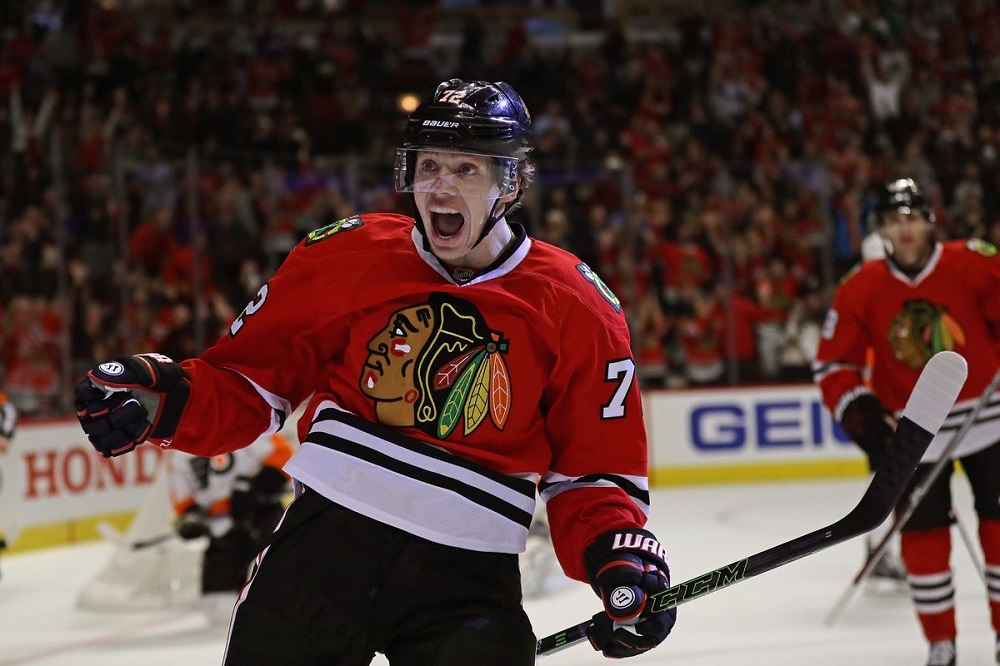 The Chicago Blackhawks have made a race out of the Central Division in the Western Conference. Winners of six straight, Chicago kept their hot streak alive on Friday night as they defeated the New York Islanders in overtime 2-1. Heading into the weekend, Chicago remain one point behind the Minnesota Wild with the latter holding two important games at hand. But whether Chicago win the Central Division or not, they are looking very dangerous as the NHL playoffs loom.

The NHL regular season will end on April 9th and the playoffs will start shortly thereafter. With all the experienced players that Chicago have when it comes winning series in the Stanley Cup playoffs, they won’t be a team short on confidence regardless of whether they finish first or second in the Central. With a huge 16-point cushion on third-placed Nashville, Chicago certainly look great for a home-turf playoff series in at least the first round. Although they were early-round casualties last season, it’s hard to picture them as such in the season coming up.

Patrick Kane, the reigning MVP in the NHL, has caught fire of late. Heading into Friday he had the best points-per-game average of any player in the league over the last ten days at 2.25. That’s earned from nine points in four games and it’s not like those points are secondary assists. Kane’s production of late is goal-heavy, with half a dozen of them, and he’s a big reason why Chicago are enjoying their current surge.

In net, backup Scott Darling has been strong of late for Chicago. In two recent games he has given up three goals while making 69 saves. However, it’s with this player that there is some bad news for Chicago. It has recently been announced that Darling will miss most of March due to an upper-body injury. That will mean that Corey Crawford will have to take on a large workload or Chicago will have to go with a third-string goalie on some nights.

But at least Crawford has been effective of late as well and Friday night was a case in point. He made 24 saves in his one-goals-against performance against the Islanders, one that kept his team in the game as they trailed 1-0. It was late in the third period on Friday when Artemi Panarin, last year’s Rookie of the Year, tied things up to enable Chicago to win in overtime.

Looking ahead, Minnesota have to feel particularly vulnerable at the top of the standings. Chicago have proven so much since 2010 that they certainly can’t be ignored now that they’ve found some strong hockey. How long it lasts is something that we’ll find out, but Friday’s result against New York is a microcosm of this team. You might feel like you’re going to win with a late lead against them, but you can’t take your eyes off of the ‘hawks for a second. They’ve got the nucleus (plus Panarin) still in place that has brought them so much success over the years and they should probably be considered top favorites in the Western Conference instead of Minnesota (favorites as pet bet365).

With a whole bunch of games left is Minnesota going to stop Chicago from winning the Central? What about in a potential second-round playoff series? Devan Dubnyk is in fact the player on the two teams that’s having the best season, but who knows how he’s going to handle the pressure now that the games are about to get bigger. If you’re a wild fan then it’s time to get nervous, because Chicago are peaking at the right time.