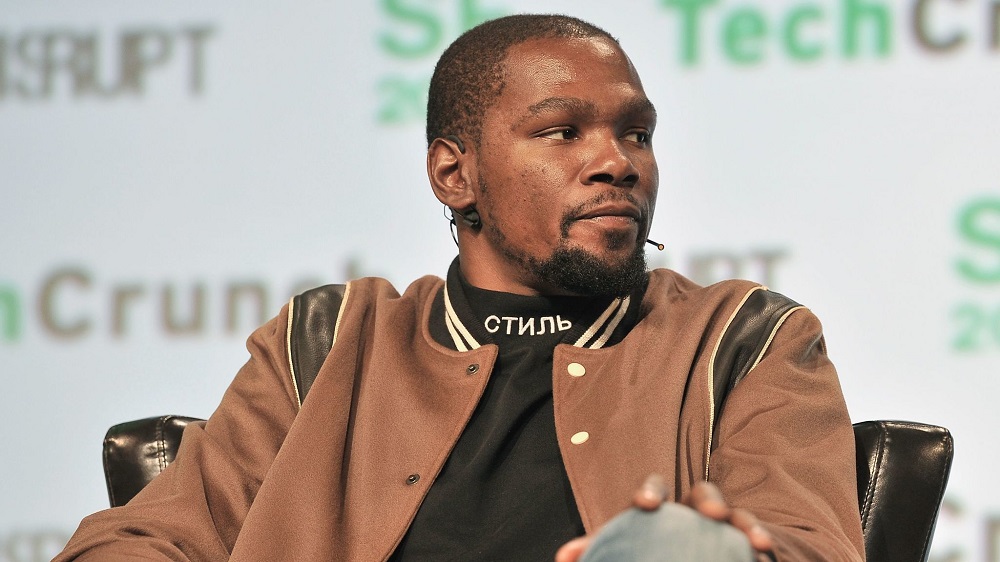 Kevin Durant went from being one of the most beloved players in the NBA to arguably the most hated overnight when he announced his decision to leave the Oklahoma City Thunder to join the already-overpowered Golden State Warriors. After winning the NBA Championship and NBA Finals MVP this season, Durant has received even more heat.

So, with all the negativity around him, especially on social media, Durant decided to be his own hype man, defending himself against haters all over Twitter.

But Durant didn’t just hype himself up; he went as far as to create alternative Twitter accounts to talk crap about his former team and defend himself without anyone knowing it was him.

“He didn’t like the organization or playing for Billy Donovan. His roster wasn’t that good; it was just him and Russ. Imagine taking Russ off that team, see how bad they were. KD can’t win a championship with those cats,” tweet Durant in response to his critic.

We still haven’t figured out what Durant’s fake Twitter account is, but you can imagine it’s filled with much of the same and much worse. At least we know now that there really are no Kevin Durant fans left since The Decision, and all the ones we see out there are most likely just Kevin himself.

Durant deleted the tweets immediately after realizing he posted them to his official Twitter, and now he’s out on the road apologizing to everyone in hopes of saving the four fans he has left.

“I use Twitter to engage with the fans,” said Durant, speaking at TechCrunch Disrupt in San Francisco. “I think it’s a great way to engage with basketball fans. But I happened to take it a little too far. That’s what happens sometimes when I get into these basketball debates about what I really love: to play basketball.”

But let’s get it right: Durant still loves Twitter, he just wanted to acknowledge that it was wrong of himself to name names in his tweets.

“I don’t regret clapping back at anybody or talking to my fans on Twitter,” continued Durant. “I do regret using my former coach’s name and the former organization I played for. That was childish. That was idiotic—all those types of words. I regret doing that, and I apologize to them for doing that.”

Durant also fessed up to the fake Twitter accounts—after all, people don’t normally tweet in the third person. He also gave us a sob story about how upset he is and how the situation has prevented him from eating and sleeping.

“That was just me being a total f–king idiot,” Durant told USA Today. “I own up to it. I want to move on from it. It probably hit me probably harder than what everybody [thought]. Everybody else was telling me to relax, to snap out of it, but I was really, really upset with myself more than anything. It’s not the fact that people were talking about me, because I deserve that, but I’m just more upset with myself that I let myself go that far, you know what I was saying?”

While I’m in no position to say whether or not that’s true, I will say that I have a tough time feeling bad for him. We all know what he thinks of his former teammates now. And, while we had a good idea that was the case before this fiasco, it’s a little messed up to see it actually come out publicly.

“It was a joke to me at first,” continued Durant. “I was doing it all summer, and it went too deep…I haven’t slept in two days, two nights. I haven’t ate. It’s crazy because I feel so f–king pissed at myself, and I’m mad that I brought someone into it.”

The Thunder organization must feel hurt after these tweets leaked. Even worse, this situation probably hurt their chances of getting him back after next season. He’s got to be too embarrassed to show his face in that town anymore.

One of his former teammates, center Enes Kanter, blasted back on Twitter, saying that the Thunder are a world-class organization and at least they stick together

“I don’t care what anyone says. Oklahoma City Thunder is the best and most professional organization in the NBA and got the craziest fans. We win – we lose but the most important thing we stick together because we are one. And those cats, I call them FAMILY,” tweeted Kanter in a clear response to Durant’s tweets.

Maybe I should make my own hype account: @notchrismaurice. It worked well for Durant…you know, for a little while.