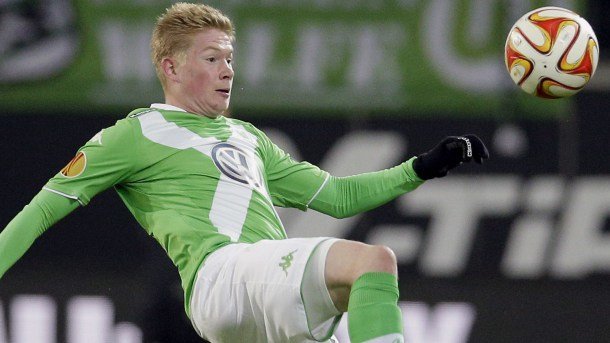 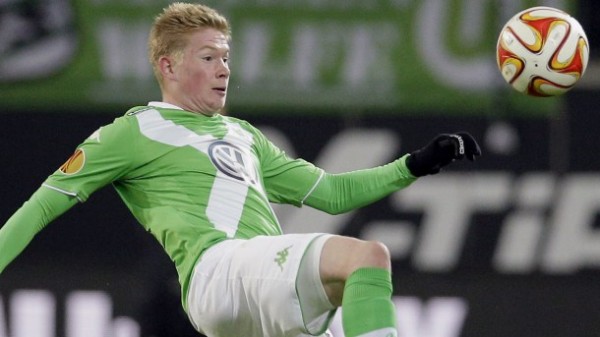 Kevin de Bruyne recently completed his big money move to the Premier League giants Manchester City. The Belgian midfielder was Bundesliga Player of the Year last season as he led Wolfsburg to a second place finish behind the champions Bayern Munich.

The former Belgian coach, Georges Leekens gave De Bruyne his first international cap five years ago. Leekens also worked with the 24-year-old in the youth development at RAA Gent. Leekens discusses his protégé’s talent and also concludes that he can also reach Cristiano Ronaldo and Messi’ level one day.

“I think he can go to the highest level.” Leekens said.  “I mean on the Messi, Ronaldo and Hazard level. He has already shown what he can do.

“He will grow. Wolfsburg are a good club but Manchester City is bigger and now it’s the big jump. He’s at the age now where he can start a big career at club and international level.”

“Sometimes you can think you take one step back, but I don’t think it was a step back for him,” he continued.

Leekens believes that De Bruyne’s spell at Wolfsburg was god experience for him and his decision to leave Chelsea was the right one.

“It was good to experience another kind of football in Germany and now he will prove he can play in England at the highest level. He went to Wolfsburg after Chelsea to prove himself and he will fight to be successful [at City], of that I’m sure. He’s that kind of player.

Jose Mourinho sold De Bruyne to the Bundesliga outfit but the Portuguese couldn’t have seen this coming. The Manchester City player will now line-up alongside Aguero and Silva whenever they face the West Londoners in the league next. The former Chelsea player will have a point to prove to his former boss.

“Financially Chelsea did a very good job, but maybe Kevin was not ready at the time or they had players in that position.

Leekens remarked on De Bruyne’s shortcomings too. According to the Belgian coach, his protégé lacks patience, which eventually led to his move out of Chelsea.

“I know Kevin, he’s not patient. He will not wait until he gets a chance. He likes to get that chance today, he doesn’t wait until tomorrow and that’s Kevin’s character.

“I remember him at RAA Gent and he was like this, he knows what he wants and he likes to play. He was 14 at Gent but then he went to Genk. We knew that we had a big player but we didn’t have the money to hold on to him.

“At that moment he was good but, following his moves, I think he’s excellent and now he will show he’s world class in England. He likes to play, he never thinks about money. He always thinks about playing and that’s one of his biggest qualities.

“I hope that he adapts as soon as possible with Manchester City because they’re doing well and they’ll get some more quality. That I’m sure.”

“Whether it’s £40 million or £70 million, it’s a lot but the players don’t have to think about this. It’s the outside world, it’s the price depending on the market. He’s not a player who will make problems in the headlines about this price.

“I think his adaptation to Manchester City will be very easy because Vincent Kompany is there.

“He is skillful, has a good mentality and is very intelligent – he reads the game very well. You need intelligence to be at the highest level.

“He’s a player who can play a few positions. He can play on the outside, inside, the No.10 role and he can go from box-to-box and is very decisive.

“He’s very independent too, very sure of himself but he will stay the same normal guy. He’s very aware about his qualities and he knows he has to work hard, and he does.”