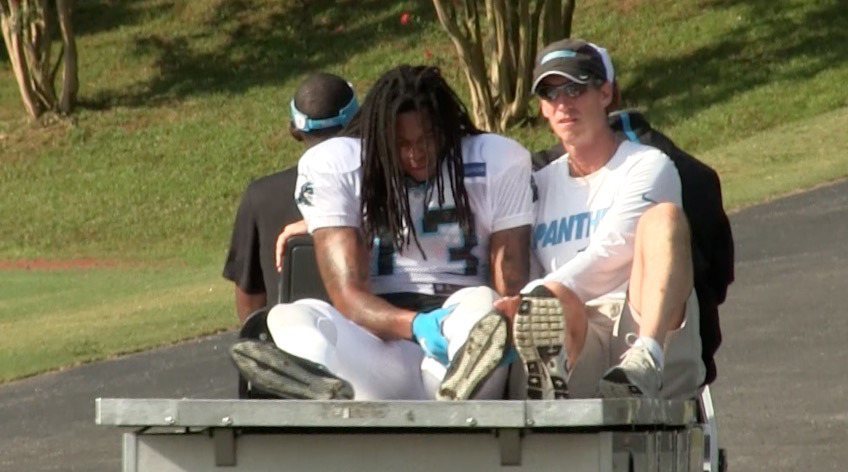 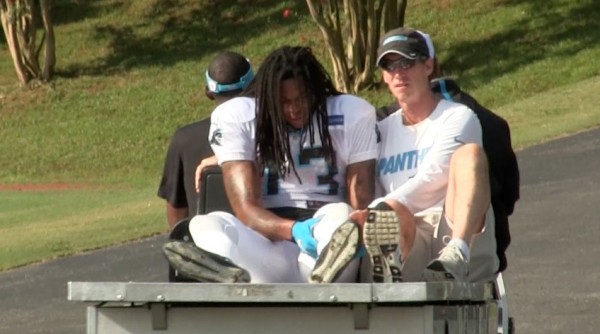 I hope your fantasy league hasn’t drafted yet…if you did, someone just lost one of their top picks. Carolina Panthers wide receiver was carted off the field during a scrimmage with the Miami Dolphins Wednesday.

“Everybody is trying to be positive and hopefully the good news will come later this afternoon,” said Rivera as Panthers’ fans held on to the last glimpse of hope for the 2015 NFL season.

Everyone that saw the injury had a bad feeling that they knew what it was. Benjamin planted his leg to cut back, and dropped without any contact, immediately grapping at his knee. We’ve seen it a handful of times the past few season on big names like Carson Palmer. The non-contact injuries tend to be the worst.

Well, as everyone has heard by now, the news was far from good: Benjamin will miss the 2015 NFL season with an ACL tear. 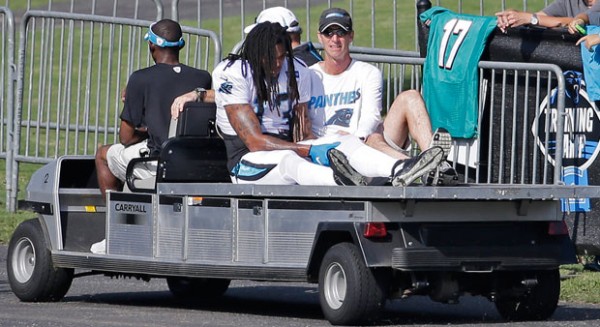 Not what the Panthers were hoping for. The star receiver scorched opponents for over 1,000 yards and nine touchdowns as a rookie this past season, and his numbers were only expected to go up this season.

This is definitely horrible for the Panthers, but there is still some fading hope of success this season: quarterback Cam Newton and the Panthers did just fine in 2013 before Benjamin arrived. 3,379 yards and 30 touchdowns would have made him a Top 10 quarterback in 2014 had he maintained the numbers.

On top of that, the Panthers have rookie Devin Funchess, a big receiver like Benjamin who has just been given a golden opportunity. 1,000 yards like Benjamin may be setting the bar a little too high, but if Funchess can manage just 700 yards and six or seven touchdowns he’ll take enough of the pressure off Greg Olsen and Ted Ginn.

If you haven’t had your fantasy draft yet, I have two pieces of advice for you: first off, I would strongly recommend against drafting Benjamin late just in case the doctors made a mistake. You may think I’m joking, but I’ve seen people do it.

Secondly, I’d shy away from Newton. He may be fine, but I’d aim for a more reliable QB if available.