Home TV Show Recaps KUWTK ‘Keeping Up with the Kardashians’ 1216 Love at First Fight aka Rob... 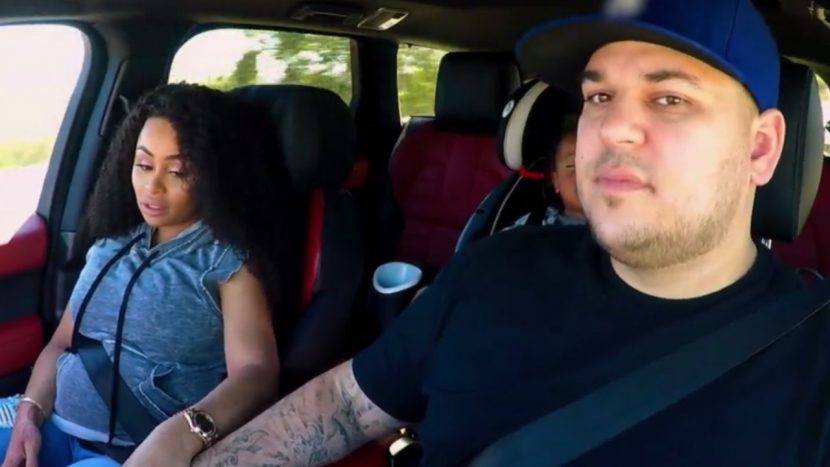 In this week’s episode of Keeping Up with the Kardashians “Love at First Fight,” Rob gets in a huge fight with his fiancée Blac Chyna. Meanwhile, the family tries to plan something special for Khloe’s birthday.

While at lunch with Scott and Kendall, Khloe calls up Rob to see how he is doing. She is shocked when Rob informs her that he is no longer living at his fiancée Blac Chyna’s house. Rob tells his sister, “[Me and Blac Chyna] are not living together…I’m so over it.” Khloe admits to Scott and Kendall that she was aware that Rob and Blac Chyna were going through a rough patch. However, she didn’t realize it was this bad. In confessional, Khloe says that she is “really concerned” that her brother “will go backwards” and start isolating himself again.

Next, Kendall meets up with her mother Kris for lunch. Kendall brings up Khloe’s upcoming birthday and suggests that they plan something extra special. While Khloe claims she doesn’t want to do anything big, Kendall and Kris agree that she deserves to feel loved (especially considering how hard the past year has been for her).

A few days later, Khloe goes to lunch with Kim and Kris. Khloe explains to them that she has been unable to locate Rob, and she is worried. Kris says that one of Rob’s friends heard from him recently, and he is apparently back living in his own house. Kim begins speculating that perhaps her brother’s short-lived relationship is over for good. She asks her mom and sister, “do you think [Rob] will ever see his kid?” – referring to the baby Blac Chyna is currently pregnant with. Right away Khloe fires back at Kim, saying that she doesn’t believe that they would end everything over just one fight.

Kris pops by for a short visit to Khloe’s house. She asks her daughter to compile a list of things she would want to do for her birthday. While hesitant at first, Khloe eventually agrees to let her family throw a party for her this year. 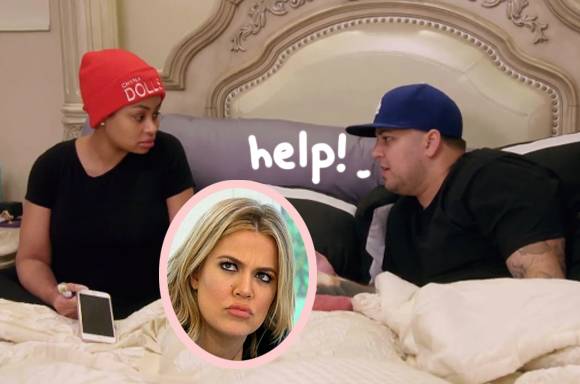 While hanging out, Khloe, Kim and Kourtney start discussing Rob and Blac Chyna’s recent issues. Khloe reveals that Blac Chyna had called their mother to tell her that Rob was sleeping in till 3 pm every day and seemed very unmotivated. The sisters all feel sympathetic for Blac Chyna, as they have encountered this unhealthy behavior from Rob before.

In an attempt to support their brother, Kim and Kourtney drop by his home. Unfortunately, Rob is not there, but they leave a note telling him that they are there to support him. In confessional Kim states, “I want to be supportive of [Rob and Blac Chyna]. Chyna is now family…I just want everything to be cool, and I think they just need to talk.” After leaving the note, Kim reveals to Kourtney that she had just talked with Chyna. She says that she told Chyna not to give Rob “false hope” if she truly doesn’t believe that their relationship is reparable. 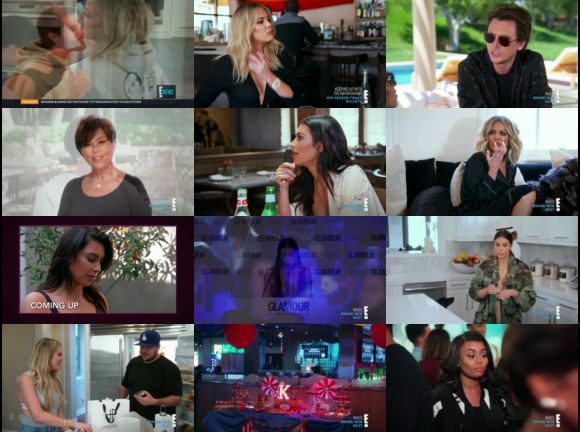 Later on, Kim goes to Khloe’s house to talk about her recent conversation with Chyna. Kim explains that she totally understands where Chyna is coming from, as Rob is “not the easiest person on the planet to deal with.” Kim then suggests that they invite Chyna to Khloe’s upcoming birthday, showing her that they are there to support her. Khloe agrees and talks to Chyna on the phone, telling Chyna that she would love for her to come to her birthday party – even if Rob doesn’t wind up attending.

After hearing that Rob finally talked with Chyna, Khloe and Kim visit his place. Rob explains to his two sisters, “It takes one person to man up. Obviously that’s going to have to be me…we had a good talk the other night, so we’ll see.” Khloe comforts her brother, insisting that “arguments are normal” in relationships. She also tells him that she called up Chyna to make sure that she was going to come to her party. Rob says that he is unsure whether or not he will go.

Lastly, the family gets together for Khloe’s birthday. The party is thrown at Dave & Buster’s, a comprehensive arcade that also serves alcohol. Lots of stars show up, including Kanye West, Tracey Mills, Chrissy Teigen and John Legend. Although they were late, Blac Chyna and Rob eventually make it to the party. Khloe is overjoyed to see her brother walk in the arcade’s door, as she confesses that she can’t remember the last birthday she had that Rob attended. Chyna wishes Khloe a happy birthday and tells her that she was so happy to be invited. Khloe tells Chyna that she is happy that she came. In confessional Khloe gives Chyna props, as she acknowledges that coming to her birthday party was probably a bit intimidating for Chyna. The episode closes out with Khloe saying in confessional that her party at Dave & Buster’s ended up being one of her “best birthdays in years.”

While there is no new Keeping Up next week, Rob’s new show Rob & Chyna debuts next Sunday, September 11 on E!

Rob and Chyna prepare for parenthood together. However, they run into some issues, and Rob ends up moving out of their house.