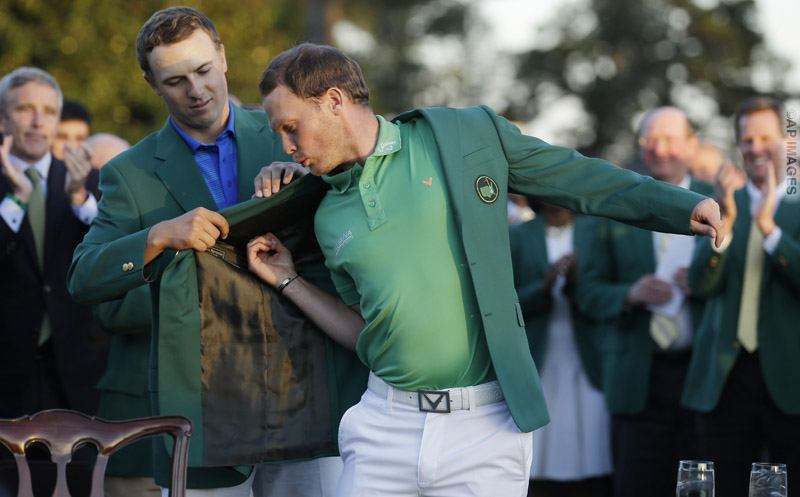 The 2016 Masters concluded on Sunday in Augusta, Georgia and the tournament will likely be remembered for a surprise turn of events. Heading into the back 9 of Day 4, American and defending champion Jordan Spieth was the clear favorite to win the tournament. He seemed to be all the more confident of a favorite as he birdied the 9th – but then Spieth unravelled.

After bogeying the 10th and the 11th he then hit 7 shots on the par-3 12th hole with two of them finding water and one finding a bunker. Effectively he went from -7 to -1 in three holes flat and that meltdown brought several players back into contention.

At the same time English player Danny Willett was turning in his best round of golf at the 2016 Masters, en route to a stellar 67 for Sunday. In the end, his efforts proved enough to overtake Spieth and to claim what was Willet’s first major victory.

Here’re the final results of the 2016 Masters for the players that finished in the red:

All other players were even or worse for the entire tournament, including Rory McIlroy, who was really nowhere to be seen the last two days. He started among the favorites on Saturday. However, the weekend was not particularly kind to him. Although he has won each other major, The Masters will remain elusive for at least another year as he finished tied for 10th at +1 for the entire tournament.

Aussie Jason Day, the current World No. 1, never seemed to be quite in the tournament nor quite out of it. At the end of it all, he finished at +1 as well, tied with McIlroy for 10th on the leaderboard. If there was a hole for him to replay in the tournament, it would have to be hole 16 on Day 1 where he six-shot a par 3. However, like McIlroy, Day’s ambitions to win the Masters will have to wait until at least next year as well.

Media-man-of-the-moment Smylie Kaufman was out of the limelight on Sunday. After posting a -3 score on Saturday, the 24-year-old American had a terrible final round which featured an endless parade of bogeys or worse. He ended up posting an egregious +9 on Sunday to finish the tournament at +7 and tied for 29th place.

Bernhard Langer was also the talk on Saturday night as he looked to become the oldest man to ever win a major. However, he had a similarly terrible day as he shot +7 to finish the tournament +6 overall and tied for just 24th place.

The 2016 US Open is the next major on tour, an event that will come from Oakmont, Pennsylvania in mid-June. Spieth is the current champion of that event, but he’s a tough call to make to win the tournament later the spring. It’s not clear where his Sunday meltdown will leave him mentally and perhaps the table is set for a new champion this year.