Jon Jones: This is How Legends Die 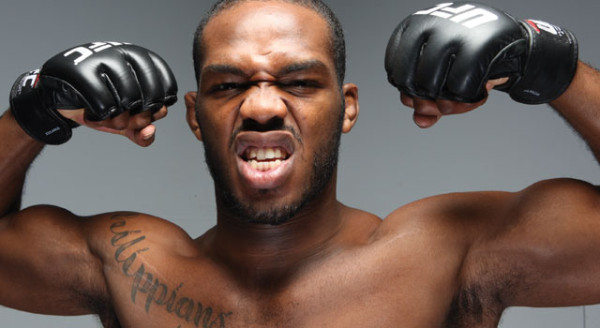 Jon Jones future is in real jeopardy, not only as a MMA superstar, but as a guy that has the freedom to walk around everyday society. Jones’ latest misstep happened in New Mexico after he allegedly ran a red light, crashing into another vehicle. The pregnant driver of the other vehicle was injured in the wreck and Jones simply ran away from the scene reportedly. Police also found a marijuana pipe in Jones’ rental car as a bonus to him leaving the scene of an accident.

Jon Jones is in real trouble as a fighter and person. He is throwing away a brilliant fighting career away with each boneheaded move he makes. He seems to be trying to match each epic win in the octagon with a dumb counter measure outside the ring. It’s as if he is trying to destroy himself since no other fighter has been able to get the job done. Jon Jones appears to be a on mission to kill his own legend before it gets a chance to reach its pinnacle in the fight game.

We know this isn’t the first time Jones has screwed up. Failing a random drug test given to him by the Nevada Athletic Commission, less than a month before the Cormier fight should have been the embarrassing wakeup call he needed. That wasn’t enough. He also had a DUI in 2012, but this current traffic incident in New Mexico left a pregnant lady with a fractured wrist and forearm. For a guy known for his fearsome persona in the octagon, this was about as cowardly an act as you can imagine. I would much rather see the headline, “UFC Champion Rescues Pregnant Woman From Wreckage” than “UFC Champ Runs Away From Injured Mother To Be.” I’m sure Jones’ own mother would prefer the first headline as well.

As a result of this latest situation Jon Jones is no longer the UFC Light Heavyweight Champion. He has been stripped of the title that he earned through hard work, dedication, and unimaginable natural ability.  He will no longer get the privilege of fighting Anthony “Rumble” Johnson at UFC 187 on May 23rd. And we as fans will miss out on that great matchup as well. Daniel Cormier will now be Johnson’s opponent, with the winner being crowned new light heavyweight champion, with no interim label attached. Jones doesn’t get to hold onto the “real” title, the way an injured champ would.

UFC 187 won’t be the same without the dream match between Jones and Rumble Johnson. Many felt like Johnson would dethrone the champ, but Jones beat the challenger to it. We still have Weidman and Belfort to look forward to and for all we know Cormier will give Johnson trouble simply due to the fact that Rumble has been preparing for Jones this whole time. 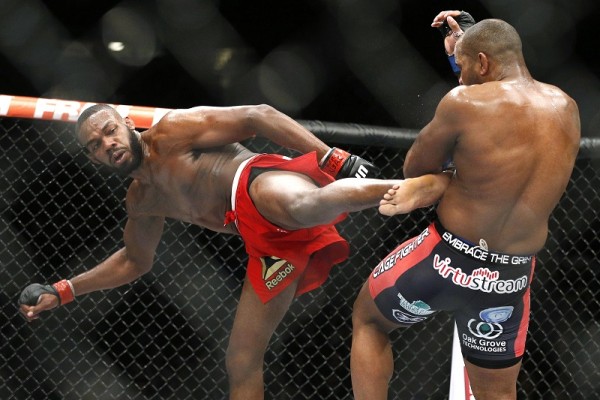 Dana White is clearly fed up with Jon Jones. “He’s being stripped of the title. He’s being put on indefinite suspension and any question how he is should be directed toward him and his attorney.” White went on to say, “There is a long list of things and this was another violation,” White told Yahoo Sports. “You can only give a guy so many shots.” It appears there is also a ton of strife personally between Jones and the powers that be of the UFC.

I’d like to say that Jon Jones will come out of this just fine and be back to regain his belt. I just wouldn’t bet on it right now. Considered the best pound for pound fighter by many an expert, Jones has to be a complete trainwreck to have been stripped of his belt and suspended by his employer. He is a huge draw and frankly it’s embarrassing not only to himself, but to the UFC as well.

Jones is still a young man, so much of his behavior can be attributed to that fact. The amount of success he has had as a young person plays a role in him thinking he can do whatever the hell he wants also. Even if he has someone in his camp that tries to keep him in line, why would he listen to anyone besides himself? He became the youngest champ in UFC history. He defended his belt eight times against fierce competition. He is arguably the greatest fighter in this world. He knows what’s best for himself. That’s his thinking anyway, no matter how flawed.

There was once another young fighter who was at one point the greatest fighter on the planet. Mike Tyson was simply fearsome and no one thought he would ever be beaten. He destroyed foes easily even before he neared his potential. However, success proved to be too much too soon for Tyson. He slowly chipped away at himself with one misstep after another. Inside the ring he was close to flawless, outside it he was a dumpster fire. He eventually spent real time in prison and was never the same as a boxer.

Jon Jones is headed in the same direction as Mike Tyson. A DUI here, a failed drug test there, and now toss in hurting a pregnant woman. Becoming a world champion happens not in the blink of an eye, but step by positive step. The demise of a champion happens the same way, but in reverse.

The UFC doesn’t want to lose a big name like Jon Jones so he will get all the support he needs. He will receive every chance to get his life together so he can continue his quest to become a UFC legend. Jon Jones is the only one that can make the right choices though. His streak of bad choices is getting close to his streak of title defenses, which just ended at his own hands. The latest that happened just today is Reebok has pulled their contract with Jones releasing the following statement:

Reebok releasing a statement to MMAWeekly.com saying, “In light of recent events, we have made the decision to terminate our contract with Jon Jones, effective immediately.”

When you lose Reebok, it pretty much shows you the writing on the wall for your career, and when you’ve been given as many chances as Jon Jones, you only have yourself to blame.