Home Sports Football Johnny Manziel Downgraded to QB No. 3 After Yet Another Party Video 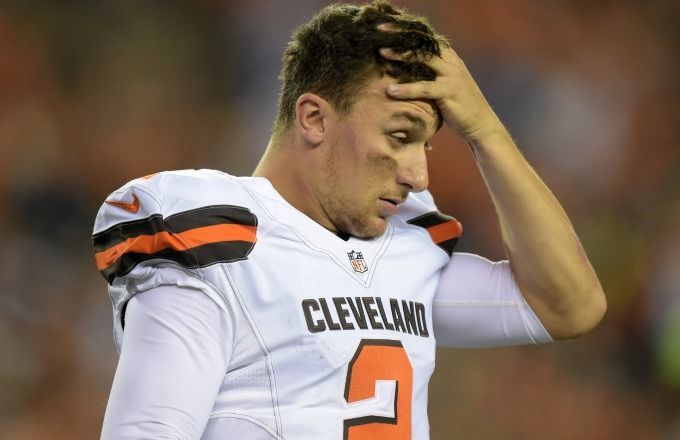 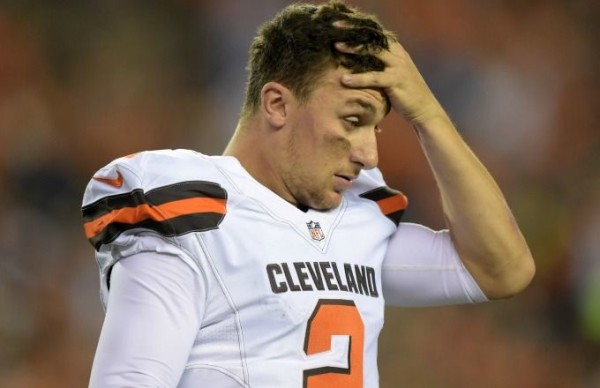 And just like that, the first Johnny Football era in Cleveland is over.

We knew Cleveland Browns head coach Mike Pettine wasn’t happy that the fans and front office pressured him into starting Johnny Manziel at quarterback, and sure enough he found the fastest, easiest way out of it.

Pettine announced Tuesday that Manziel had been downgraded to No. 3.

“Josh McCown will be the starting quarterback on Monday Night against the Ravens,” said Pettine. “I informed the quarterbacks of that decision after I sat down and spoke with Johnny, [John DeFilippo], and [Kevin O’Connell] after practice today. Johnny will be the third quarterback. I’ve spoken to [Ray Farmer] and [Jimmy Haslam] to inform them of my decision, and they are in full support.”

So basically, a video of Manziel partying with champagne in hand less than a month after finishing his rehab arose over the bye week. Pettine saw the old video, convinced the owners, managers, and everyone else in the organization that this was embarrassing to the Browns franchise as a whole and that Manziel needed to be punished, and then threw him to the bottom of the barrel before arguably the team’s easiest game of the season at home against the Joe Flacco-less Baltimore Ravens.

“Everyone in this organization wants what is best for Johnny,” said Pettine, lying through his teeth. “Just like we do for every player in our locker room. I’m especially disappointed in his actions and behavior because he has been working very hard. The improvements from last year to this year have been tremendous, but he still has to consistently demonstrate that he has gained a good understanding of what it takes to be successful at the quarterback position on this level. It goes well beyond the field. We are going to continue to support him in every way possible, but at this point, we’ve decided it’s best to go with Josh as the starter going forward.”

An easy win for Johnny, one which would have only increased fan support, is now a chance for Pettine to throw McCown back into favor with everyone.

With the end of the first Johnny Manziel era in Cleveland, the Pettine era also comes to an end (there is a God!). Looks like we’ll have to wait till Week 1 of 2016 to see Manziel back on the field—with a new coach who doesn’t hate his guts.