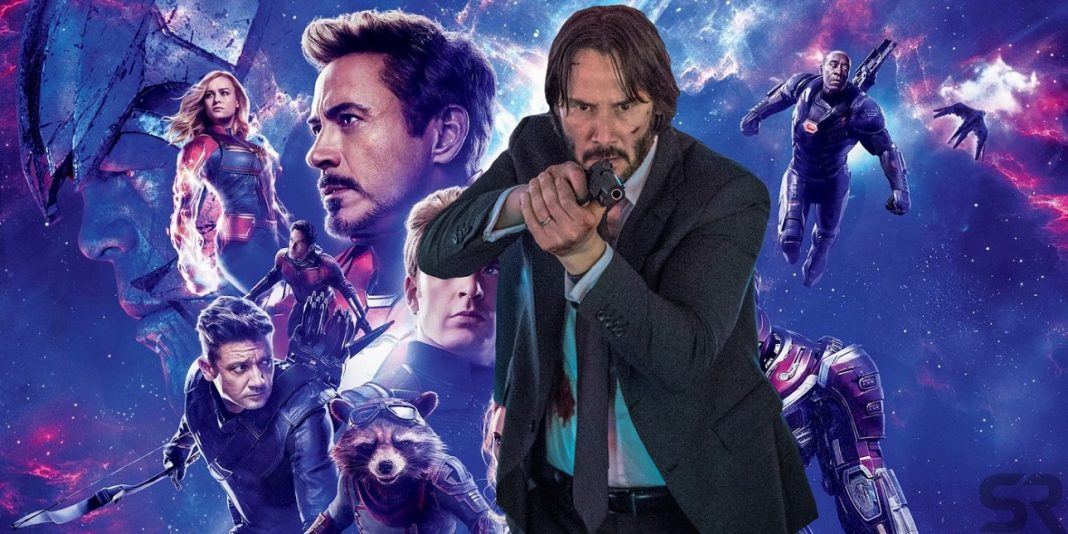 Keanu Reeves returned to the top of the box office charts for the first time in 11 years with “John Wick: Chapter 3 – Parabellum.” The third film in the action franchise also gave Lionsgate a very much needed boost with better than expected ticket sales.

The box office has a new king and his name is John Wick. The third installment of the hyper violent Keanu Reeves franchise has taken the top spot at the North American box office and ended the three-week reign of “Avengers: Endgame.”

The audience, in other words, is growing exponentially for this series about a talented assassin who never seems to get a break. This time, there’s a $14 million price tag on his head.

Men made up the majority (63 of the “John Wick 3” opening weekend crowd. Overall audiences gave the film a rare A+ CinemaScore, indicating that word-of-mouth will be strong in subsequent weekends. According to Comscore’s PostTrak audience survey, 70% said they would “definitely recommend” to their friends and 21% said they would see it again in theaters.

“This is the best reviewed film of the series so far,” said Joe Drake, chairman of the Lionsgate Motion Picture Group, in a statement. “We believe word-of-mouth will continue to drive strong business for the film all over the world.”

“Avengers: Endgame” slid to second place in its fourth weekend with $29.4 million. Domestically, where the film has grossed $711 million, it’s now second only to “Star Wars: The Force Awakens” ($937 million) and globally, with $2.6 billion, it’s still second to “Avatar” ($2.8 billion).

In its second weekend, “Pokémon Detective Pikachu” also continued to do well, placing third with $24.8 million, but it still placed in the top spot internationally. But with the high-performing trifecta of John Wick, the Avengers and Pikachu, there weren’t very many moviegoers left over for the less flashy newcomers like “A Dog’s Journey” and “The Sun Is Also a Star.”

“The marketplace was so dominated by ‘John Wick,’” said Paul Dergarabedian, the senior media analyst for Comscore. “It’s tough when one movie overperforms by this kind of magnitude.”

“John Wick: Chapter 3 — Parabellum,” which finds the title’s super-assassin (Reeves) on the run from other contract killers, collected about $57 million at theaters in the United States and Canada over the weekend, according to Comscore. The R-rated Lionsgate series has grown remarkably more powerful with each installment: “John Wick: Chapter 2” had $30 million in initial ticket sales in 2017, improving on the $15 million that “John Wick” collected over its first three days in 2014.

That kind of audience expansion — extremely rare — is a dream result for Lionsgate, which has been struggling to turn around its movie operation, in part because Netflix has started to crank out the type of low- and mid-budget films in which Lionsgate has long specialized. Why go to theaters to see these diversions when Netflix is pumping them into your living room?

Last year, Lionsgate released 19 movies through various labels and took in a total of $379 million in North America, its worst showing since 2007. Lionsgate’s most recent releases, “Hellboy” and “Long Shot,” were both bombs. Tyler Perry delivered a hit in March with “A Madea Family Funeral,” but it was the last film that Mr. Perry intends to supply to Lionsgate, ending a 14-year run. He has a new alliance with Paramount.

“John Wick: Chapter 3,” which stars Halle Berry in a supporting role, cost an estimated $75 million to make and roughly $40 million to market. The last time Reeves had a No. 1 opening was in 2008 with “The Day the Earth Stood Still.”

Amblin Entertainment and Reliance Entertainment’s “A Dog’s Journey” opened in fourth with an underwhelming $8 million. It might have beaten the PETA animal abuse claims, but it couldn’t beat the movie gods. The Universal-distributed film is a sequel to the 2017 hit “A Dog’s Purpose.” But unlike John Wick, the audience for this sequel was less than half of that for the first, which opened to $18.2 million. But audiences who did turn out gave it an A CinemaScore, which could point toward long-term playability.

Most disappointing, however, is the young adult adaptation “The Sun Is Also a Star” which grossed only $2.6 million from over 2,000 screens and landed in eighth place. Although modestly budgeted at a reported $9 million, and featuring popular television actors such as “Riverdale’s” Charles Melton and “grown-ish’s” Yara Shahidi, the Warner Bros.-released film failed to connect even with the audiences who turned out, 75% of whom were women. It got a poor B- CinemaScore.

“As unpredictable and fickle as young adults are, so are the performances of films that target that audience,” Dergarabedian said.

In limited release, Joanna Hogg’s well-reviewed relationship drama “The Souvenir” did well with $85,851 from four screens.

Even with the success of “John Wick,” the weekend itself was down about 31% and the year to date is still down around 9%, but, Dergarabedian said that this is the calm before the storm. In the next few weekends, theaters will see an influx of could-be hits such as “Rocketman,” ″Aladdin” and “Godzilla: King of the Monsters.”